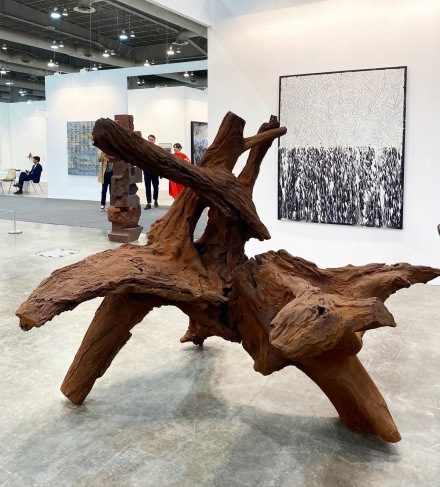 Ai Weiwei at Lisson Gallery, all photos via Anfisa Vrubel for Art Observed

Zona Maco has opened the doors for its 17th year this week, celebrating the milestone event today with the first day of its VIP preview yesterday at the Centro Banamex.  Offering a look at the stature of the fair in relation to the burgeoning artistic community in Mexico City in relation to the art and artists flying in from around the globe, the fair’s dynamic program included conferences with international guests, a section with specialized publications and editorials, and the widest program of parallel activities with exhibitions at the most outstanding galleries and museums in the country.

The fair has grown by leaps in bounds over the past several years, as a burgeoning international market for contemporary art and ever-expanding fair calendar has sent a new range of collectors on a direct course towards the city’s historically rich artistic heritage, and its continued support of young artists.  Yet with the increasing focus on Frieze Los Angeles by international dealers, the fair’s lineup seems to have shrunk somewhat in the past years.  Absent are blue-chip names like Zwirner or Gagosian, but in their place is a more diverse offering, one that must rely more heavily on programming than in the past.  The fair’s lineup made for a fascinating and dynamic first look at the year’s contemporary art calendar.  At Pace, one of the lone blue-chip spaces on site, one could view a dynamic body of work from the gallery’s artists, including works by Fred Wilson, Song Dong, and more, while another selection of strong works from across the gallery roster could be seen at Lisson, including striking pieces by Ai Weiwei and Stanley Whitney, among others. 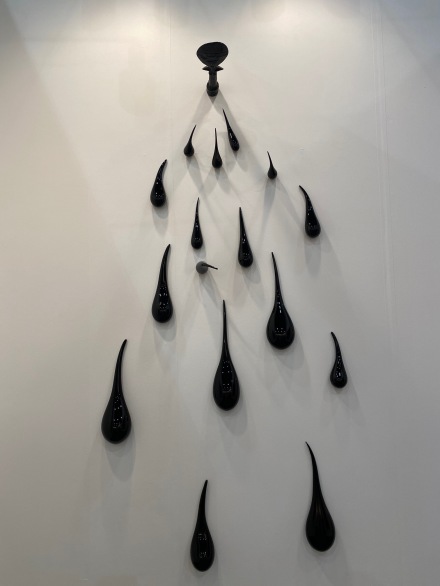 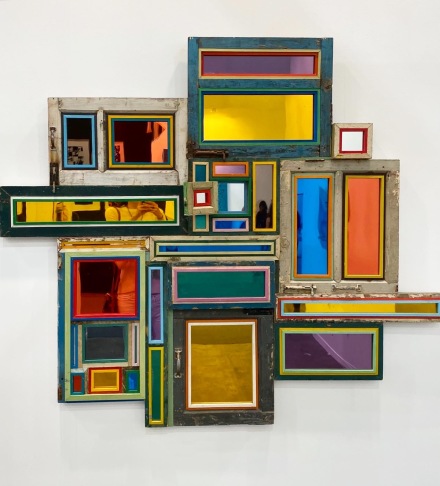 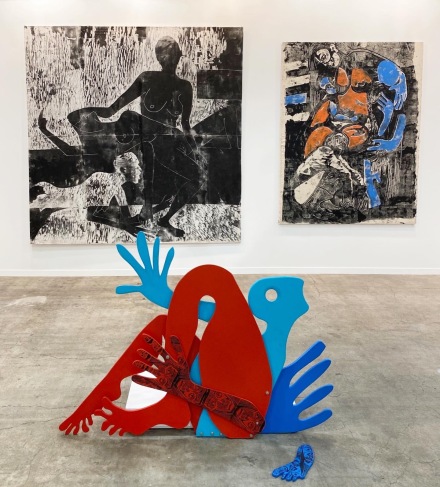 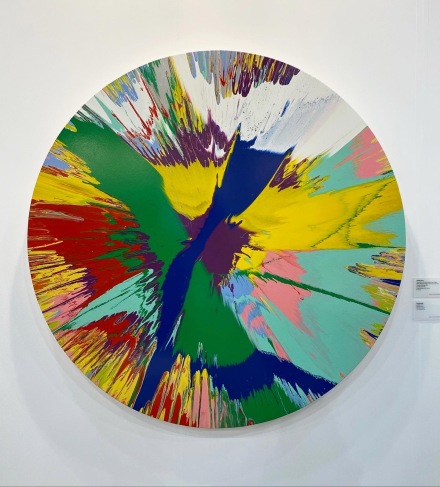 At Galleria Poggiali, one could view immense arrangements by Zhivago Duncan, intricate patterned compositions that resembled floor tiling yet seem to twist in and our of easy recognition, while at Versus Art Projects, a surreal arrangement of colorful pillars and graphic canvases made for a striking, otherworldly installation inside the gallery space, a world of its Çagla Ulusoy.  HOFA Gallery was also presenting an interesting booth, with figurative inversions of the human form in both paint and sculpture by artist Katya Zvereva. 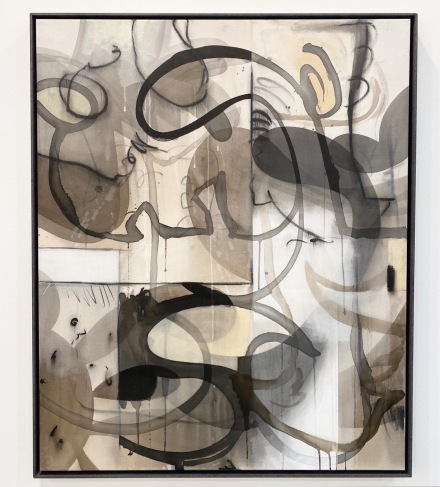 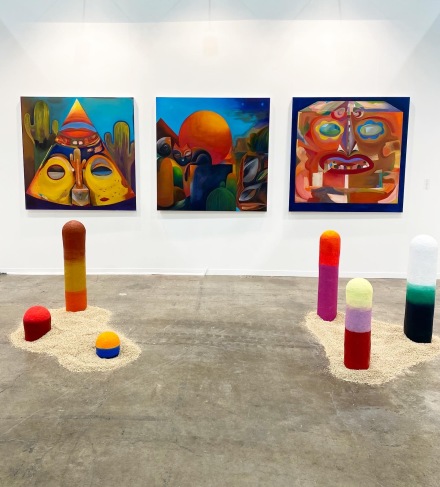 Çagla Ulusoy at Versus Art Projects

As the early hours of the fair drew to a close, collectors and visitors moved towards the door, and out into the city’s streets, where the warm weather and sun of the city was giving way to the hustle and bustle of the metropolis at night.  With another year underway, Zona Maco’s annual proceedings are a friendly reminder of a market that continues to move and change, bringing its participants along for the ride.

The fair is open through Sunday. 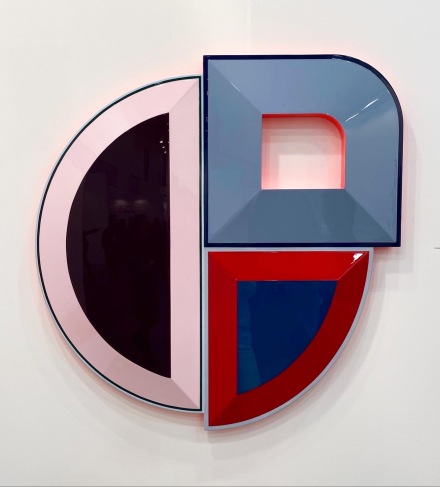 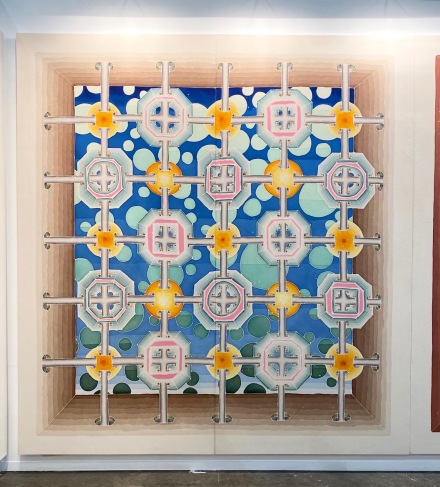 This entry was posted on Thursday, February 6th, 2020 at 4:17 pm and is filed under Art News, Featured Post, Show. You can follow any responses to this entry through the RSS 2.0 feed. You can leave a response, or trackback from your own site.