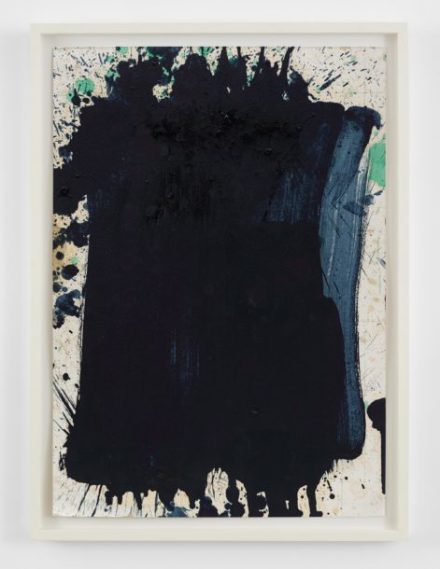 Taking over Lévy Gorvy’s New York exhibition space this fall, artist Pat Steir has compiled a selection of works from her ongoing series of Waterfall Paintings, this time focusing in particular on her pieces executed on paper.  Walking a fine line between the grand scale and gesture of her paintings on canvas as well as the more intimate sizes of the works here, the show traces a unique aspect of Steir’s engagement with the form.   Working on paper has been a quintessential aspect of Steir’s practice since the 1970s, producing a body of work that often saw prints and drawings coming out of the same conceptual exercises as her large-scale canvases.  As the show press release notes, these pieces have rarely been seen outside of museum collections, with Steir’s own personal holdings unseen for many years.  For this show, the artist pulls back the veil to explore the ways in which her practice is informed by these pieces on paper. 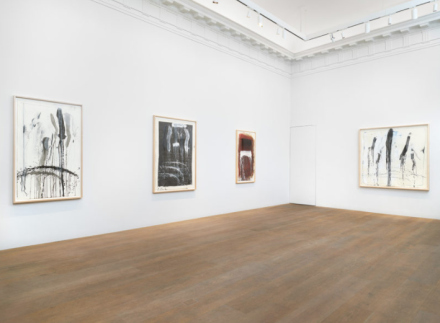 The Waterfall Paintings owe a particular debt to Chinese landscape painting, using the style’s minimalist approach to depictions of form and space as jumping off point to explore the sweeping gestures of her poured paint works.  Just as the masters of Chinese landscape painting did not consider their images to be representational in the same way that Western artists did, Steir has created her celebrated Waterfall paintings on canvas and paper by flinging or pouring ink, oil, and tempera in such a way that they become as natural as the mountains, trees, rivers, and waterfalls depicted in historical Asian landscape paintings.  While her striking gestures and compositional approach come to the fore, Steir’s embrace of minimalist tenets underscores a concept of work in flux, a passage from one hand to the next when she completes her part of the work, passing it off to the viewer In this way, the subject of a Waterfall painting is the paint itself: it is both a waterfall and a picture of a waterfall. 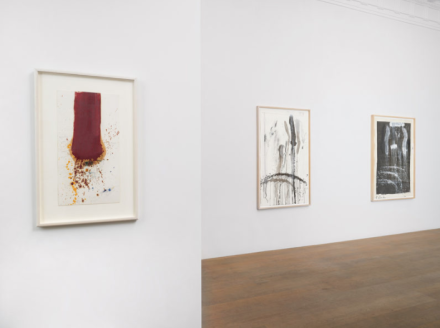 Ranging from an intimate scale to dimensions approximating the human body, the Waterfall paintings on paper in Lévy Gorvy’s exhibition date from the early 1990s and mid-2000s. They present an immersive and non-representational but recognizably figurative and architectonic space expressed through organically emerging and dissolving forms. These pieces, twisting together the artist’s embrace of varied expressive modes and formats, ultimately arrive at a striking and expressive final form, here shown in their capacities not merely as studies and investigations, but rather as processes taken to their own logical conclusions. 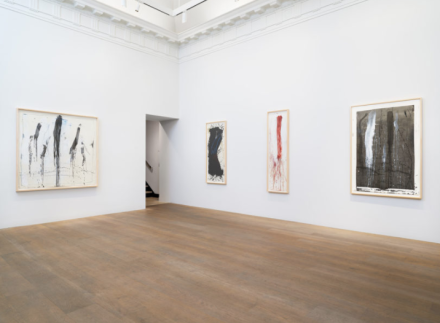 This entry was posted on Tuesday, September 29th, 2020 at 12:00 pm and is filed under Art News, Featured Post, Show. You can follow any responses to this entry through the RSS 2.0 feed. You can leave a response, or trackback from your own site.