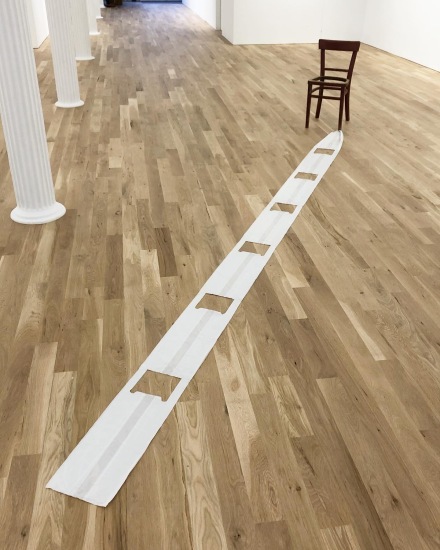 Touching down in Tribeca this fall for the first show in its newly opened space, New York’s Luhring Augustine opens its new doors with an illuminating show of works by the late Lucia Nogueira, a London-based, Brazilian-born artist whose brief but remarkable career saw her explore a range of captivating formal iterations and exploratory projects.  Marking her first solo exhibition in the United States, the artist’s work is quite at home in the classic New York architecture of the new space, and invites an intriguing first entry both for her work in the US, and for the gallery’s new home. 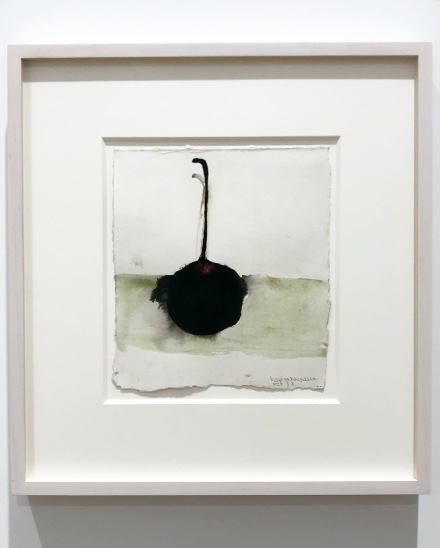 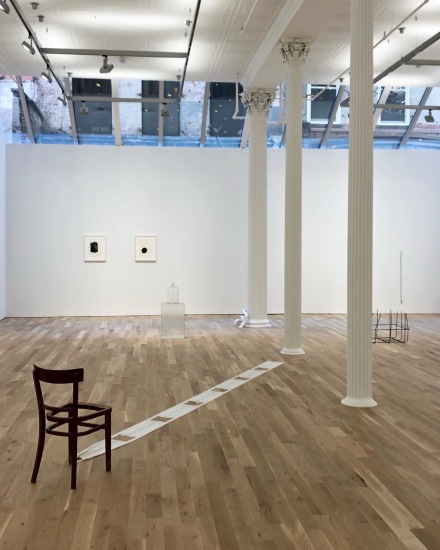 Primarily centered on her haunting and minimal sculptures and installations, her practice also incorporated drawing and video, and organized in collaboration with Anthony Reynolds Gallery, London, this exhibition serves as a strong introduction to a new American audience.  The show presents a multidisciplinary body of work, mixing together drawing and sculpture, readymade objects and carefully composed tableau’s that illuminate her work between architectural and cultural forms.  Nogueira often created sculptures that incorporated found, broken, and abandoned objects, subtly transforming these inanimate materials to imbue them with a corporeal and psychological resonance. Her piece Mischief (1995) consists of a seatless wooden chair from which a trail of connected trash bags mysteriously extends across the floor, while In Bald Fact (1995), a flagpole holds no flag, flying instead a single piece of almost imperceptible clear tape that stretches to the wall at eye-level, creating a fragile and ambiguous barrier. Running throughout Nogueira’s work are a number of coexistent dualities: fear and desire, attraction and repulsion, order and chaos. 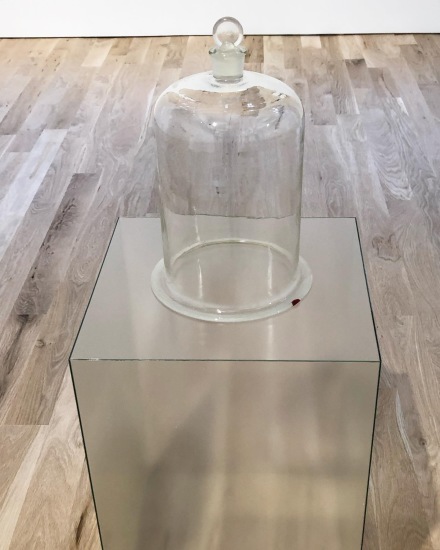 Her investigation of the relationship between the body and space, and the unsettling and poetic nature of her work can be attributed in part to her experience living and working outside her native culture.   Dotting the space are coy selections by the show curators, underscoring minor architectural elements and details as bound up in the artist’s experience of other cultures and forms.  For example, one corner boasts a small, almost unnoticeable ring of material stretched around a water pipe, accenting the undergirding systems of the building while turning them into a piece of participatory functionality. 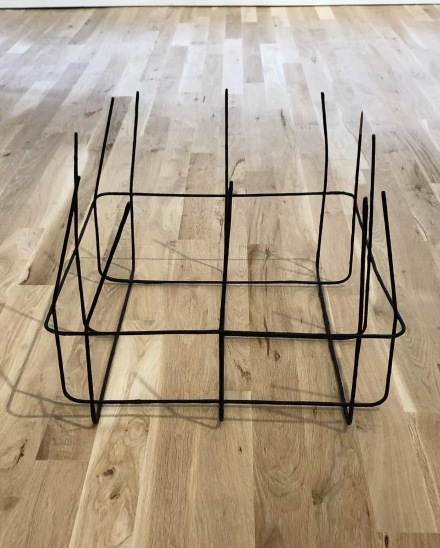 Drawing was also of crucial importance to Nogueira’s practice, and served as an act of discovery that also aided in her sculptural works. Her early drawings were primarily figurative in nature, exemplified in works such as Twelves Stations of the Cross (1983), a suite of watercolor and graphite works on paper. In such drawings, bodies are elongated, headless, doubled, leaning, and stretching across the page, occasionally maimed or obscured from view. Many later drawings are closely related to her sculptures and installations, while others feature recurring motifs of an array of animals and quotidian objects that simultaneously evoke a sense of playfulness and foreboding. Throughout her works on paper, whether figurative or abstracted, bold colors are juxtaposed with delicate forms that seem to float in space and transform in different degrees of legibility.

This entry was posted on Wednesday, September 30th, 2020 at 8:59 pm and is filed under Art News, Featured Post, Show. You can follow any responses to this entry through the RSS 2.0 feed. You can leave a response, or trackback from your own site.