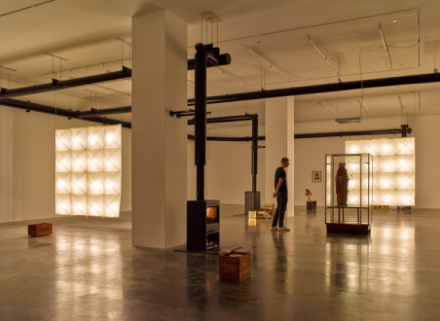 Taking over the full expanse of White Cube Bermondsey, artist Danh Vo presents a selection of new works that continues his uniquely deep interrogations of the politics and materiality of language, drawing together a show of fragmentary items and momentary encounters that build and amplify their respective elements. 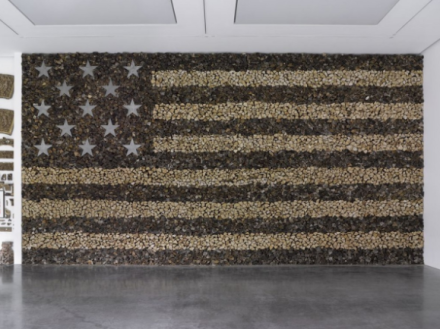 Vo developed the exhibition at Güldenhof, his farm in east Germany, a space where he has brought together many themes that he has been exploring over the last decade: the seduction and violence of Catholicism; the parallels between the export of Christianity and the contemporary travel of multinational brands; and the interconnected nature of life on this globe where each thing is shaped by the reflection of its inside to an outside.  The show mines these respective concepts in a subtle series of passing allusions and familiar modes; stained glass windows and religious statues inhabit plant gardens with remnants of banal packaging, while elsewhere, his revisited cardboard boxes with gold-leaf Coca Cola logos take on a renewed resonance, elevated to the status once occupied by Eastern Christian icons. 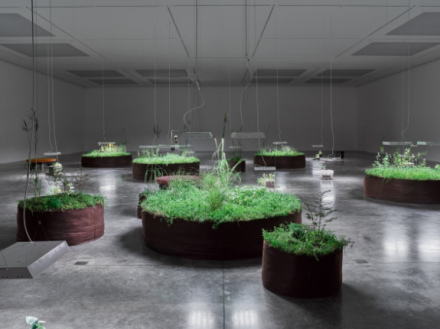 Throughout, there is a distinct focus on the idea of grafting, building new worlds and systems of meaning through a recombinant approach to the gallery and its exhibited objects.  These pieces exist in a system, yet pull together in a subtle interrogation of how we construct space and meaning.  His show parallels the history of horticulture in the aftermath of world conquest, hybrid plants brought together to form new often stronger genotypes. 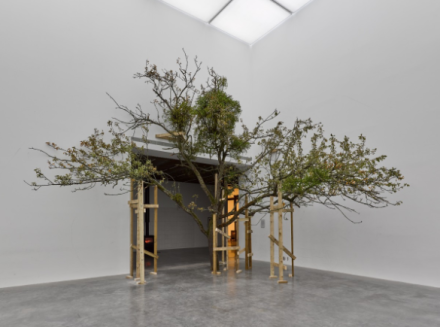 Vo’s pastoral exhibition appeals to a basic human desire to escape or perhaps retreat.  This is a space of repose and meditation, allowing the viewer to encounter the basic elements of domestic life and interconnected iconographies of space as a unified system, each element offering clues even as it pushes us on to the next room. There’s a sense of nostalgia, of longing, one that is echoed in the base appeals of commercial products like Coke, but equally an interest in the repose of home, and the ability to return to the hearth as a site for renewal and re-creation, a message eagerly awaited in the current political climate.

This entry was posted on Tuesday, October 27th, 2020 at 12:00 pm and is filed under Art News, Featured Post, Show. You can follow any responses to this entry through the RSS 2.0 feed. You can leave a response, or trackback from your own site.