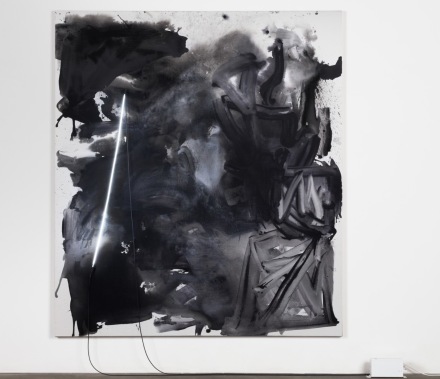 Marking her first solo show with Gagosian Gallery in London, Mary Weatherford has brought forward a body of new works under the title Train Yards, a series of works that pursues Weatherford’s foundational interest in the poetics of place—especially sites of mass transportation, and locations where the conditions of urban life reveal themselves with a particular intensity. 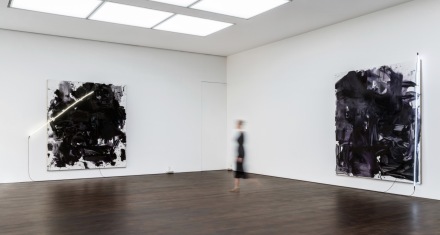 The show continues Weatherford’s signature unifications of abstract painting and a lyrical sensibility around light and shade, mounting neon tubing across the surfaces of her paintings in a manner that gently adjusts and alters the shadings and gestures that rest just below the light’s glow.  Following series inspired by Manhattan, Los Angeles, New York Harbor, and the industrial port of Red Hook in Brooklyn, the Train Yard series (2016–20) is presented as a series of abstracted interpretations of the titular site after dark, in which irregular gaps in the works’ deep purple and black grounds evoke flashes and flickers of white light—as visual embodiments of environmental noise.  The works reflect a sense of space as an abstract itself, bound up in the relationships of bodies and lights, movement and energy expressed both as gestural movements and staged scenarios. 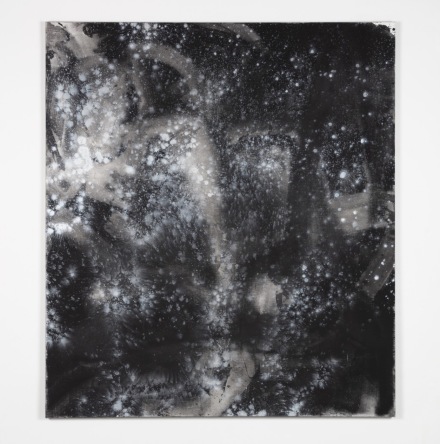 Weatherford roots her works in a distinctly subjective experience, tracing lines between urban space, rural space and the painterly dynamics she uses to move through these various relational sites.  The dynamics expressed throughout the show draws on architecture not as a body of its own, but rather as a shadow, a series of negative sites hinted at through addition and embellishment.  Preparing each canvas with a mixture of gesso and marble dust, she conjures a wide range of chromatic and textural effects. In her best-known works, sponged grounds of vinyl-based emulsion on heavy linen panels are surmounted by one or more carefully shaped and placed neon-filled glass tubes. 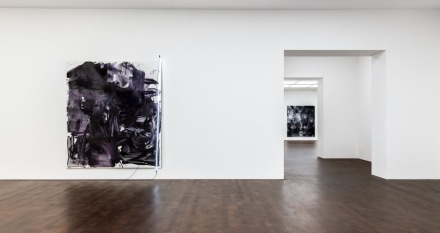 Industry and poetry are unified throughout Weatherford’s work, but it’s of particular import here to note the subtle inflections that ultimately unite these sensibilities and forms.  Rather than concrete expressions of the idea, the artist’s work allows the concept to emerge from the shadow, just as a train might pull through the midnight fog to arrive at the station.

This entry was posted on Tuesday, December 22nd, 2020 at 3:43 pm and is filed under Art News, Featured Post, Show. You can follow any responses to this entry through the RSS 2.0 feed. You can leave a response, or trackback from your own site.