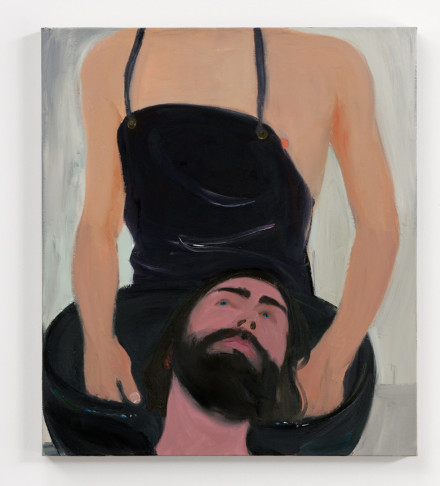 Marking one of the more engaged and critically-considered reflections on the past year in and out of quarantine, Palais de Tokyo in Paris is currently presenting Antibodies, a show delving into new projections and perceptions of the body, touch, closeness and proximity in the era of the pandemic lockdown.  On view through the end of the weekend, Antibodies looks at the state of the world, and the human bodies that move and interact within it, questioning how social and political conception of the body itself have changed in the past year. 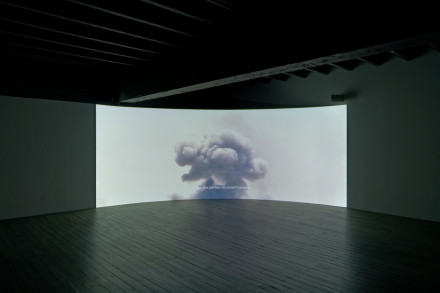 The show spans a range of concepts and presentations that examine how the social order, and its presence within and around the bodies that reify it, has shifted.  The notion of territories and boundaries are an enduring theme, a perspective on the body and its relation to space and communication.  Demarcation and borders become both political and critical space for examination, particular as it relates to notions of social justice and safety.  Inequality —specifically when it comes to risk exposure— has been exacerbated by the management of the crisis, which has also seen governments experiment with novel modes of behavioral control.

The exhibition is haunted by a sense of indignation, like a bodily tremor. Many of the artists turn to rebellions of the past, to fiction and to myth, to fashion warlike fables.  Cloud Studies, for instance, a work by Forensic Architecture, examines the cloud as weapon, nebulous gas and nerve agents deployed against political foes.  The notion of space as weaponized, gas’s properties in filling space and turning it hostile, underscores a direct subjugation of air as property and plane of battle.   Elsewhere, these investigations turn towards the microbial and its relation to macro-entities.  The show includes work by artist Len Lye from the 1920’s, a meticulous series of drawings depicting the same small white grub. 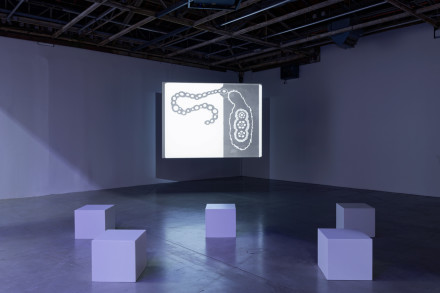 Other works dwell in particular on closeness and touch, on the now seemingly forgotten intimacy of touch as communication.  Paintings by Xinyi Chen, for instance, depict humans in close focus and moments of intimate interaction, an inclusion that functions as much as a meditation on lost modes of contact as a prosthetic experience of touch itself, a repositioning of the painting as a technology to approximate physical experience.  As physical distancing is made compulsory, the desire for contact is restated and grows bigger. The new parameters governing the body prompt a reassessment of the possibilities for connection, both in private life and in shared and public spaces. We cannot touch, for our health’s sake, but we can certainly get closer in different ways, elaborate a new social eroticism.

All told, the show is remarkable in its ability to both raise new questions and new solutions, asking as much about what we’ve lost in the past year as what we’ve gained.  Perhaps in a year that has experienced rampant social protest alongside rampant collapse of social structures, the idea not of how to move forward, but rather, how we already are moving, is a fittingly hopeful one.

This entry was posted on Wednesday, December 30th, 2020 at 12:52 pm and is filed under Art News, Featured Post, Show. You can follow any responses to this entry through the RSS 2.0 feed. You can leave a response, or trackback from your own site.