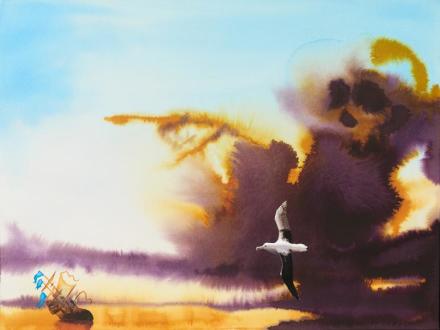 Currently on at Sperone Westwater in New York, artist Alexis Rockman is presenting a selection of new watercolors that mark a continued investigation of the medium in relation to the impending climate disaster and resulting crises in human migration and social/political responses.  Marking his fourth solo show with the gallery since 1992, the show takes a lyrical and metaphorical tone in addressing these concepts, marking natural signifiers and moments of mythological crisis as deeply resonant notes in the current state of humanity. 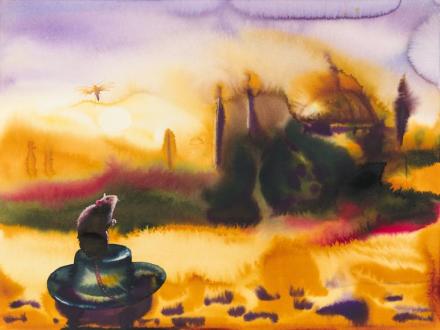 For over thirty-five years, Rockman has blended science with informed speculation to deliver a prescient and, at times, apocalyptic vision of the ecological state of the planet. Relying on scientific as well as historic content, Rockman continues his vision of the collision between civilization and nature for these new works on paper. Focusing on the world’s waterways as subject matter, Rockman explores all the ways in which bodies of waters have not only transported people and materials, but also helped to proliferate the spread of language, culture, art, flora and fauna, religion and disease. Serving as “highways” for expansionist and colonial exploitation, the history of seafaring tells of a deliberate and unwittingly disastrous ecological and anthropological exchange, which led to a decline of indigenous populations and ecological collapse often due to pandemics and invasive species. 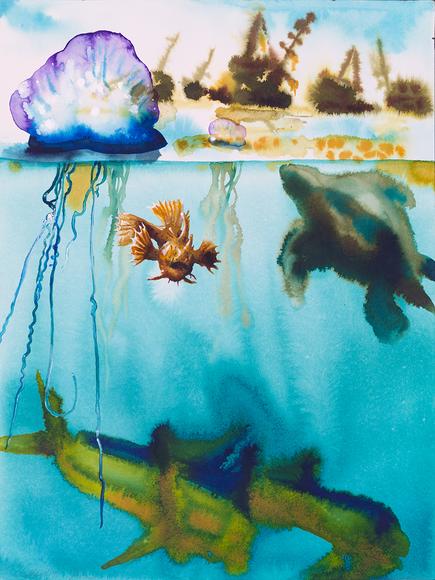 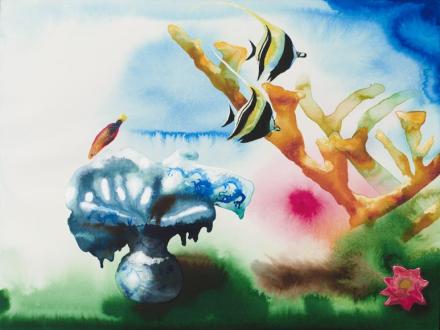 The works’ color palette and images are, to some degree, elusively benign. In Ca Mau Ceramics, an underwater scene is balanced with a submerged piece of pottery, hinting at a cultural movement buried underwater, as if to imply a lost civilization or some sort of unspoken collapse, while other works, like The Sargasso Sea  and The Kraken hint at the disastrous and the mythological in the culture of the mariner, turning these symbols of a violent, dangerous sea into a deeper exploration of a world of defended borders and contentious interactions between man and nature.  Rockman’s pieces point towards a world where that same legendary violence is now, once again the realm of human experience, with vulnerable parties submitting to the power of the sea in a hope of escaping an equally turbulent life behind them.  Bound up in the impending danger of rising sea levels, Rockman centers these new crises of rising waters and downed vessels in the deeper narratives of humankind, the legends long applied to describe the fraught nature of migration and movement, and the threads that both  connect varied societies, and challenge them. 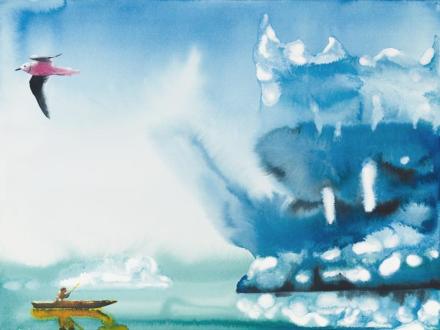 This entry was posted on Tuesday, January 5th, 2021 at 12:10 pm and is filed under Art News, Featured Post, Show. You can follow any responses to this entry through the RSS 2.0 feed. You can leave a response, or trackback from your own site.