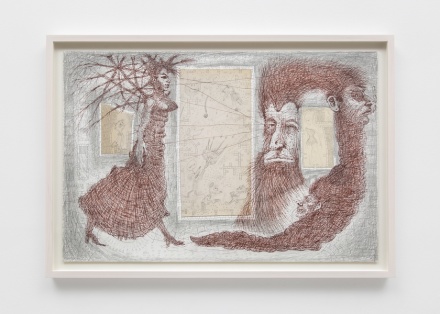 Artist Kim Jones has been working in sculpture and performance for over 50 years, unifying a range of complex political and social sentiments through his challenging and unique works.  In his first exhibition at Bridget Donahue this month, RATS LIVE ON NO EVIL STAR, Jones fills the gallery with selections from five decades of work. Jones’s experience as a soldier in the Vietnam War has influenced his artistic production, as well as his experience using leg braces after an illness restricting his ability to walk at the age of seven. 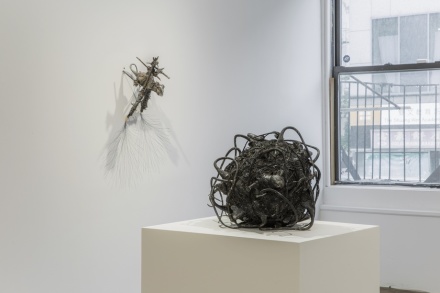 The show spans a broad range of the artist’s work, which often incorporated a direct infusion of the surreal and abject into the fabric of the American landscape.  The show features a rnage of works, perhaps most notably a series of photos documenting his Wilshire Boulevard Walk from 1976, a piece that saw Jones walking eighteen miles from end to end of Wilshire Boulevard in a costume constructed from sticks, foam rubber and mud. Under the performance persona known as Mudman, Jones strapped the labyrinthine wooden apparatus onto his back and obscured his face with sheer pantyhose.  The result, a sort of nightmarish apparition striding down Wilshire as cars passed freely by, underscored the artist’s interest in infusing the social landscape with sudden inflections of the grotesque. 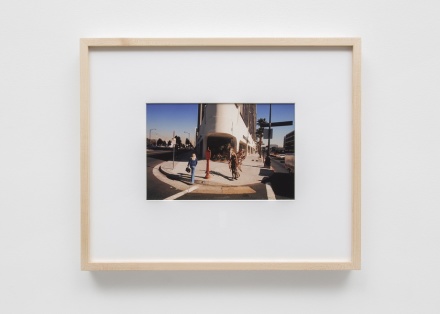 Jones has frequently embraced mud and sticks, braces and support systems as a way of both emphasizing his own experiences and turning them into broader sites for exploration and experience. The forms create a sense of lumpen materiality, a tie between natural worlds and their dissonance with the modern landscape.  Jones’s interest in these juxtapositions is a striking one, underscoring the materiality that lurks beneath the shining veneer of modern society. This concept finds a striking echo in his interest in rats. 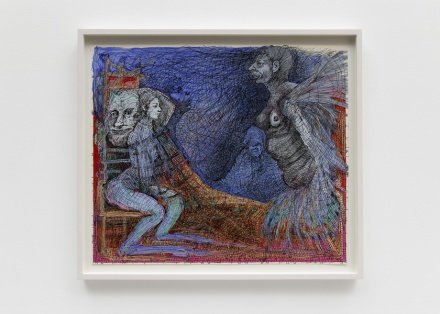 Bundles of rats are fused into sculptures, punctuating the room with recollection of the scavenging animals overrunning the muddied sleeping quarters of Vietnam, where they served as both company and foe, and serve as a fitting metaphor for the savage combat of the War.  The title of the exhibition echoes this concept, as well as reflecting on its origins in the work Rat Piece, in which Jones burned live rats onstage in 1976 at California State University in Los Angeles as a visiting artist during a ritualistic destruction of and tribute to the mud-covered rodent. 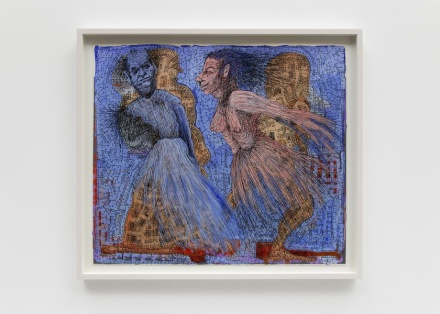 The title is a contradictory sentiment of survival, decrepit existence, forgiveness, and cleansing. A competing feeling of persistence and refusal can be found in the palindrome, a phrase that reads identically backwards as it does forwards.  This sense embodies much of Jones’s work, and serves as a fitting summary of this striking review of his work.

This entry was posted on Wednesday, January 6th, 2021 at 12:00 pm and is filed under Art News, Featured Post, Show. You can follow any responses to this entry through the RSS 2.0 feed. You can leave a response, or trackback from your own site.