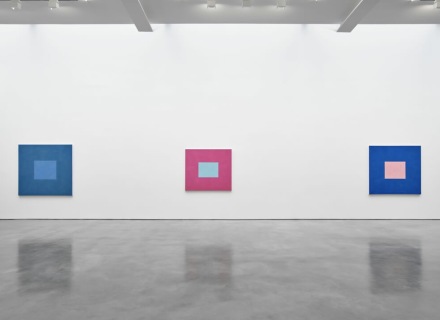 Marking the latest entry in a long-running string of collaborations between the estate of artist Peter Joseph and Lisson Gallery, a show of works from the 1980s and 1990s the artist was in the process of planning when he passed away at age 91 in November 2020 is now on view.  Presenting a series of contrasting geometric frames across the gallery space, the show investigates Joseph’s commitment to color and space as the central tenets of his practice. 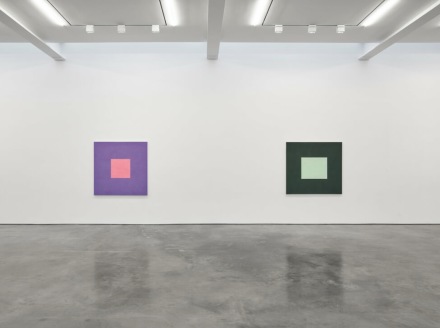 The artist’s long engagement with the square, and its capacity to carry raw color and light data from the brush to the viewer’s eye, comes to the foreground here, a culmination of the artist’s interest in minimalist philosophies and a thoughtful focus on the painting as a space for the expression of essential relations. Throughout his career, Joseph cited early Venetian and Florentine painting, as well as Classical and Neo-Classical architecture as his primary influences, and subscribed to methodologies more typically associated with Renaissance painters and the likes of Claude Lorrain and Tintoretto, using their interests in the expression of form and light as the generative concepts of his work. Thinking of his works more as a musical expression than as a graphical one, his pieces express direct juxtaposition in a masterful manner, colors interlocked like a well-executed musical counterpoint. 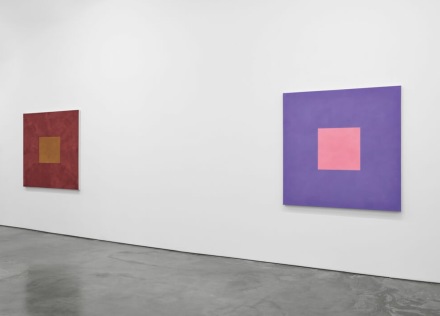 Over the years, with Joseph’s ever thoughtful focus, and ‘less is more’ philosophy, the outline of these Border works became thicker as he began to play with the relative color and size of the two rectangles. Experimenting with subtle tonal difference by juxtaposing complementary colours through studies, with the subsequent paintings, the artist’s work relies on constituent colors, for example Light Pink with Cobalt Blue (1994), using their simplicity sought to convey clarity and depth in both vision and feeling. 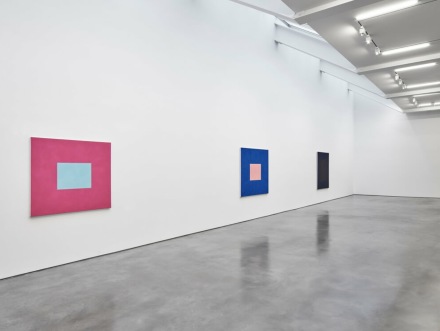 Allowing the works to move lyrically through each series of contrasts and complements, the artist’s work presents itself as an orchestra of sorts, one that draws additional strength from its combined notes.

This entry was posted on Tuesday, March 23rd, 2021 at 12:58 pm and is filed under Art News, Featured Post, Show. You can follow any responses to this entry through the RSS 2.0 feed. You can leave a response, or trackback from your own site.