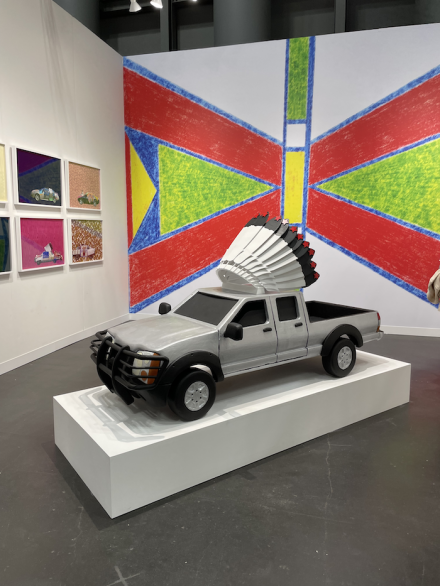 This past weekend, New Yorkers flocked to the Javits Center, not for COVID-19 vaccinations, but rather for the much-anticipated Armory Show, which made its return after last year’s cancelled edition, and which marked the first major art fair in the United States since the pandemic struck. In the wake of lockdown, following an extended period of postponed events and online viewing rooms, eager art-goers packed into the Javits Center, where the fair is now located. In the spacious, newly renovated convention center along the Hudson River, the fair presented more than 150 booths, with more than 40 international galleries. Serving as a fixture of modern and contemporary art, the fair kicked off the New York art world’s busiest week of the season—Armory Week. 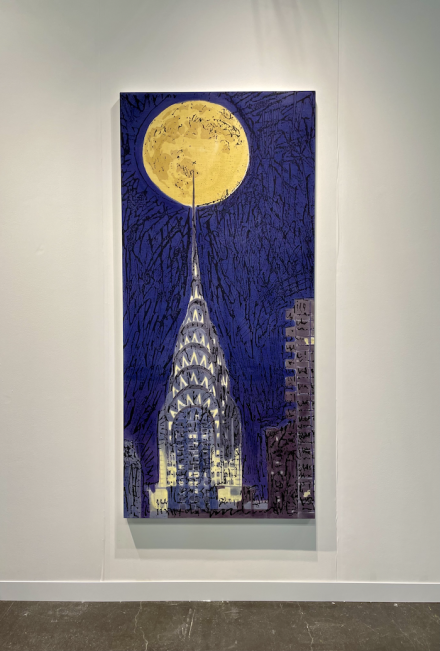 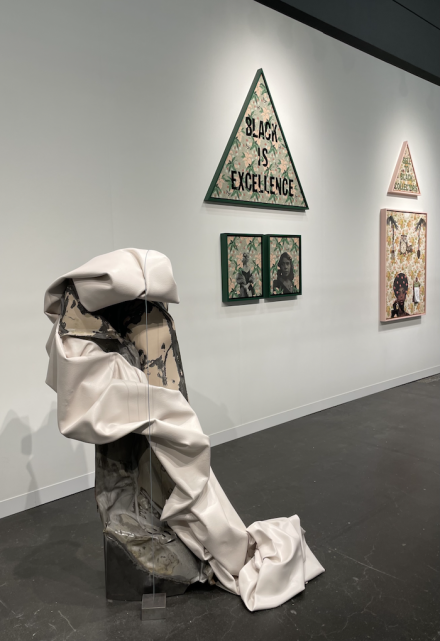 Kennedy Yanko and Genevieve Gaignard at Vielmetter, via Art Observed 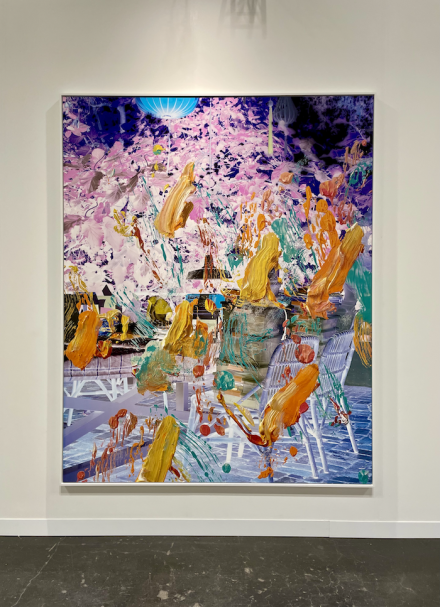 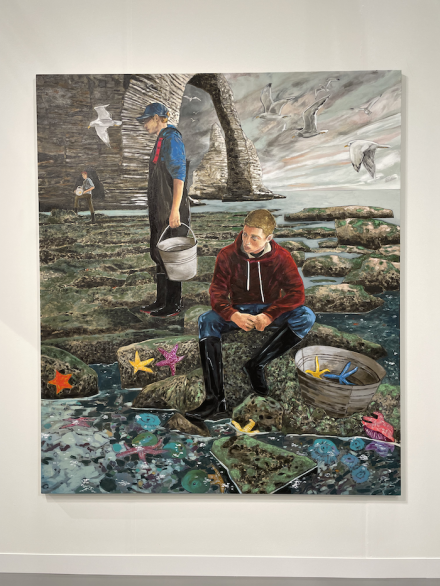 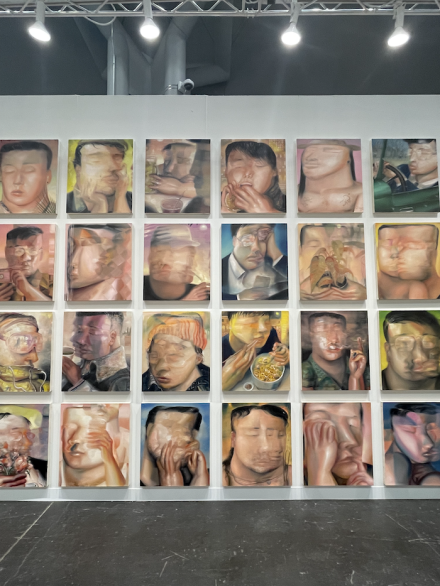 The artists included within Focus—the curated thematic section of twenty galleries—explored the most urgent questions of the present while shaping alternative visions of the future. According to the official description, “future as spectrum examines how artists have used the challenges and monumental changes experienced in 2020 as a catalyst to explore future imaginations, communities, governments, economies, and environments.”

Organized by Wassan Al-Khudhairi, the Chief Curator of the Contemporary Art Museum, St. Louis, Focus included James Fuentes, who presented Didier William’s colorful large-scale paintings in which viewers reckon with the dissociated body. Also included in Focus, Sargent’s Daughters featured Wendy Red Star (Apsáalooke/Crow) in a booth centering around her papier-mâché model of a pickup truck adorned with an honor bonnet devised by the artist’s grand-uncle, an Apsáalooke knowledge keeper. 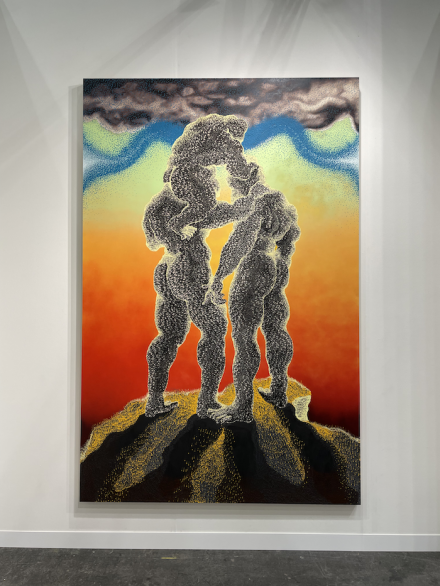 The Platform section featured eight large-scale paintings and site-specific installations under the thematic framework entitled, Can you hear the fault lines breathing? Organized by Claudia Schmuckli, the Curator-in-Charge of Contemporary Art and Programming at the Fine Arts Museums of San Francisco, these works “speak to the urgency of working toward new models of bridging fault lines—societal, historical, or geographical—that are grounded in empathy and understanding.” 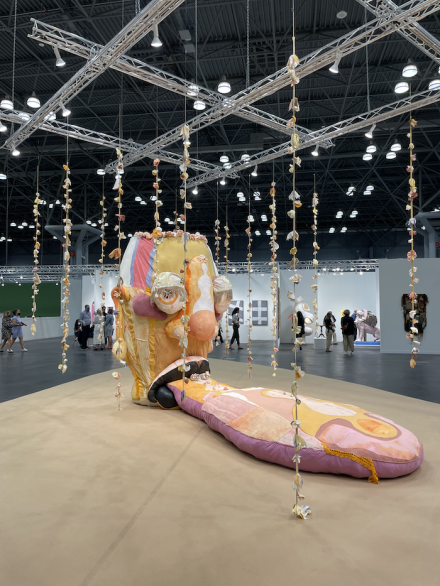 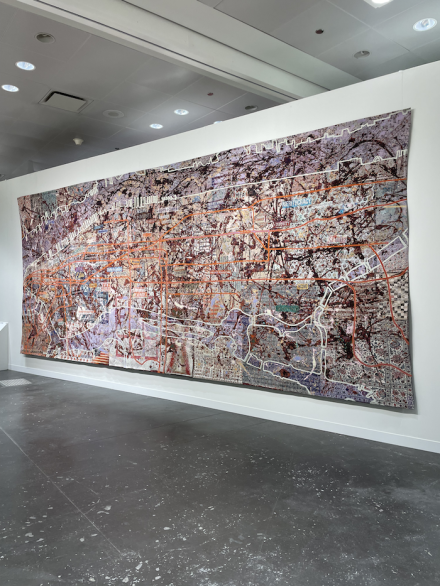 The Presents section focused on younger exhibitors, featuring galleries less than fifteen years old from around the world. Thierry Goldberg mounted a striking solo-presentation of Bony Ramirez, the multi-disciplinary artist with roots in the Dominican Republic who garnered significant attention this year. Nearby, Lyles & King showcased paintings by Jessie Makinson, which portray her fantastical, intermingling androgynous creatures. 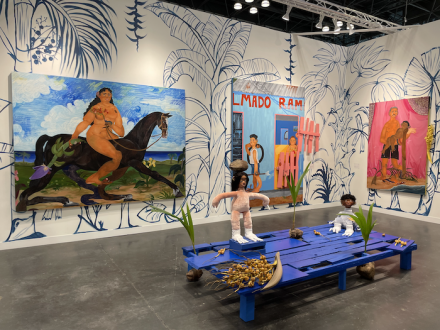 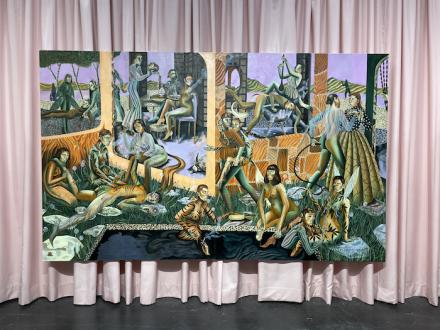 This entry was posted on Wednesday, September 15th, 2021 at 10:01 am and is filed under Art News, Featured Post, Show. You can follow any responses to this entry through the RSS 2.0 feed. You can leave a response, or trackback from your own site.