Paris – “The Greek Garden” at Praz-Delavallade Through October 31st, 2021 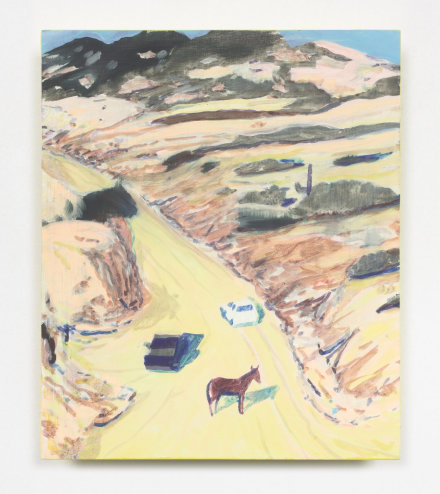 On view this month at Praz-Delavallade in Paris, the gallery presents The Greek Garden, a groups how show drawing on the writings of Friedrich Nietzsche’s The Gay Science, and using its tenants to explore notions of vanity, politics, spirituality and science. “The Greeks were superficial – out of profundity,” the text reads. “And isn’t it precisely what we are coming back to? – we spiritual adventurers, who have scaled the highest and most dangerous peak of today’s thought and looked round from up there, looked down from up there. Aren’t we, then, precisely, Greeks?” 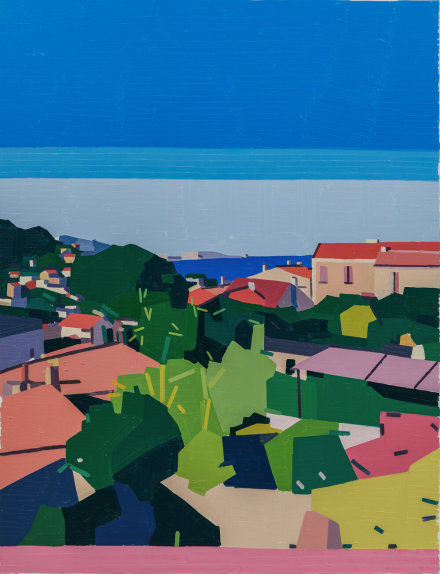 The quote makes for a striking inquiry into the state of modernity, awash in polarizing political arguments, bureaucratic wrangling, pandemics and ecological disasters, and the gallery makes the most of its notions, pulling together a range of works that pose difficult questions of beauty and politics in the modern era, and how notions of joy and beauty can proliferate in even the most challenging of contexts. 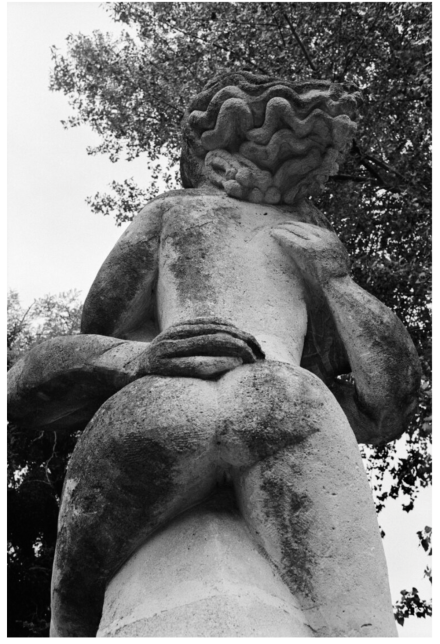 The result is a series of works that makes the most of beauty, and asks just how artists manage to escape the trauma and violence of modernity. There’s quite literal visions of escape in the works of Guy Yanai and Jules de Balincourt, showcasing sun-washed scenes and tropical paradises that put the mind into a state of relaxation and nostalgia, while in works like Elad Lassry’s Bunnies, the artist embraces a sense of bumor and a stark, minimalist style that nevertheless exudes a simple sense of joy. Other photos, like the work of Camille Vivier, draw a more specific pleasure in the body itself, depicting nude models and statues in a frank, yet sensuous manner that delves into the human form as a last escape. 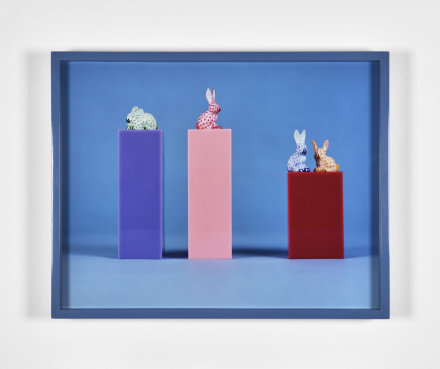 In each work, the artist’s determination to wring beauty from the contemporary era is readily present, and introduces a powerful sense of the historical resonance of art in times of turbulence. Soothing the mind and eye, these works underscore a vital place for art in a time of struggle.

This entry was posted on Friday, October 29th, 2021 at 12:00 pm and is filed under Art News, Featured Post, Show. You can follow any responses to this entry through the RSS 2.0 feed. You can leave a response, or trackback from your own site.