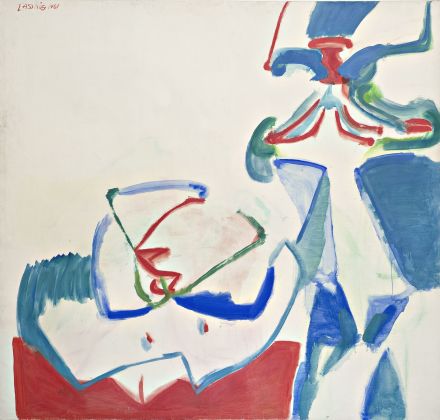 On view this month at Petzel Gallery in New York, the gallery presents a meticulously curated look at the work of Maria Lassnig during her time in Paris. Maria Lassnig: The Paris Years, 1960–68, showcases a range of pieces rarely seen in the U.S., a formative set of works that show her exploring and honing what would become her iconic mode of portraiture and abstraction. 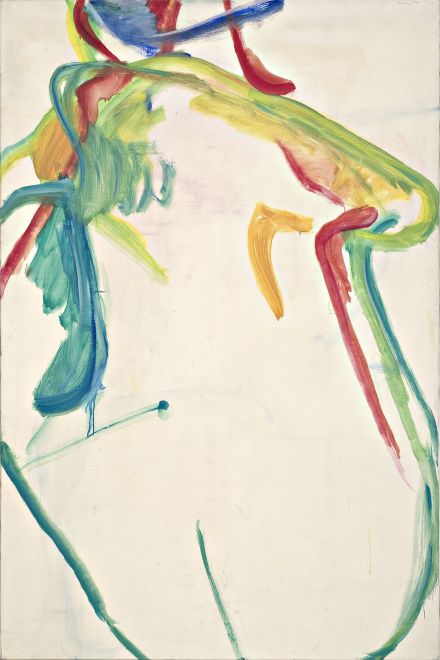 Though Lassnig’s time in the city was relatively brief, her explorations and careful honing of her practice reached a distinct apex here, moving from early experiments in abstraction into her incorporation of those techniques into a broader body of works. Realism, expressionism and surrealism slowly found their way together, her canvases using each of these historical traditions and modes to explore a new mode of practice situated nearby to each, while rarely landing fully in one camp. Here, one can view works moving across the scope of this evolution. 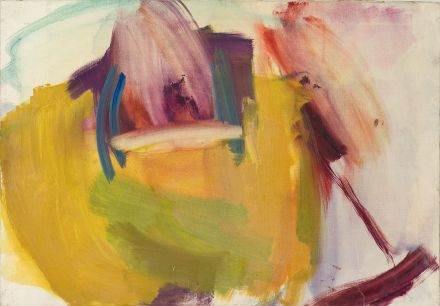 Her early drawings, Introspektive Erlebnisse bear witness to this evolution, investigations of bodies that would later develop into Körpergefühlsmalerei (body awareness painting), her term for depicting the parts of her being that she felt as she worked. Worked on extensively in Paris, her work would take abstraction and twist it into new form, allowing her own physical sensations to find their way into the expression of the image. Early untitled works showcase broad swaths of color, into works that use this technique but push it into a more figurative, yet imaginative approach towards line. Works like Napoleon und Brigitte Bardot imply bodies while showcasing a series of abstract relations that place the body into a negotiation with her own phenomenological investigations. 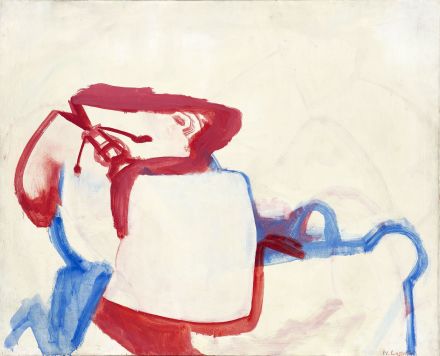 As the show moves deeper into Lassnig’s time in Paris, one can quite literally view the body emerging from the ether,  like the work Hasenbild, where abstraction seems to allow the ghostly form of a body to emerge, as if Lassnig’s work was slowly mining the body as material, and allowing it to emerge from the surface of the work.

This entry was posted on Monday, November 29th, 2021 at 12:00 pm and is filed under Art News, Featured Post, Show. You can follow any responses to this entry through the RSS 2.0 feed. You can leave a response, or trackback from your own site.