January 20th, 2023
REFERENCE LIBRARY
Home » RIP – Painter Wayne Thiebaud Has Passed Away at the Age of 101 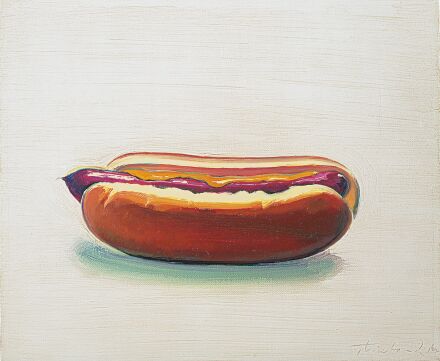 Painter Wayne Thiebaud, for his colorful works depicting commonplace objects—pies, lipsticks, paint cans, ice cream cones, pastries, and hot dogs—as well as for his landscapes and figure paintings–all of which served as early salvos in the development of modern pop art, has passed away at the age of 101.   Thiebaud’s work was recognized for its careful study of both American life and the grammar of the painted canvas. His meticulous fusions of heavy pigment and exaggerated colors to depict his subjects, as well as expressive use of shadow, so often applied towards row upon row of cakes, pies, and other iconographies positioned him as something of a poet of the diner, a representative of the culture and material of post-war America. Born in Arizona, he gained some early training in commercial art before WWII, and after his service, returned to the states to pursue an active career as a professional artist. 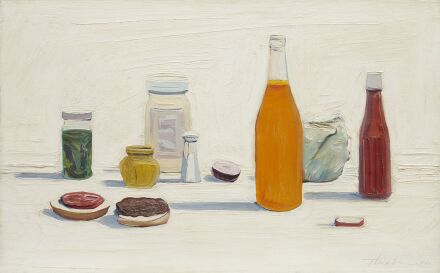 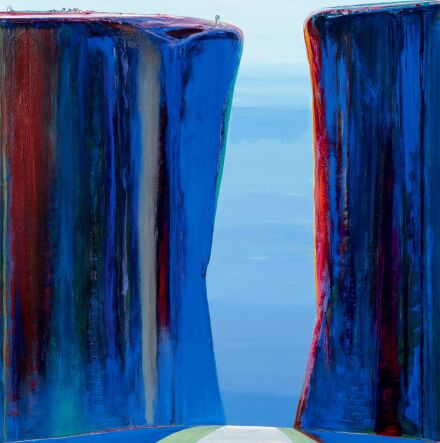 During the following decades, his careful, cool style and careful brushwork would define him as a unique voice linking together the flat materiality of the pop movement with the expressive painterly style of abstract expressionism particular to the New York School. Thiebaud remained on the West Coast throughout his life, connecting with other artists in the Bay Area known for careful fusions of expressive painting and iterative explorations of landscape, among them David Park and Richard Diebenkorn. He would continue to paint and teach at UC Davis over the course of his late life. “It has never ceased to thrill and amaze me,” he told the New York Times, “the magic of what happens when you put one bit of paint next to another.

This entry was posted on Tuesday, December 28th, 2021 at 12:08 pm and is filed under Art News, Featured Post, Obituary. You can follow any responses to this entry through the RSS 2.0 feed. Responses are currently closed, but you can trackback from your own site.