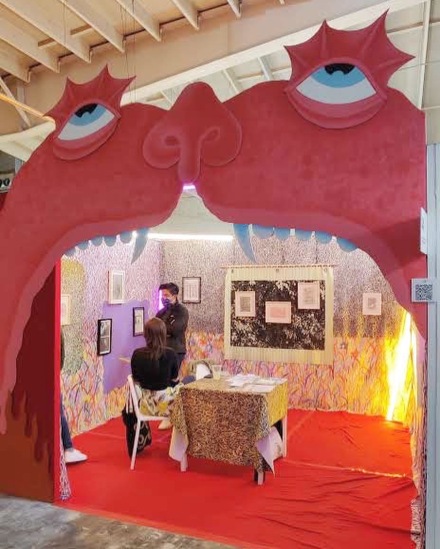 You Find Yourself Alone in the Middle of a Forest, curated by Nora Lucia Boyd and featuring Opal Mae Ong and Tyler Krasowski

Continuing its own intriguing and honed perspective on booth its surroundings in Los Angeles and on the model of the art fair, SPRING/BREAK has once again made arrived in the California city, launching a supplementary event that offers an ample supply of artists and galleries presenting in a concept that stands as a stark contrast to the traditional fair model. Launching this year in a new location in Culver City that continues the fair’s collaboration with the Skylight group of properties, the new space continues the scrappy, raw atmosphere of past years in a location that places the fair in closer proximity to the goings-on at Frieze Los Angeles 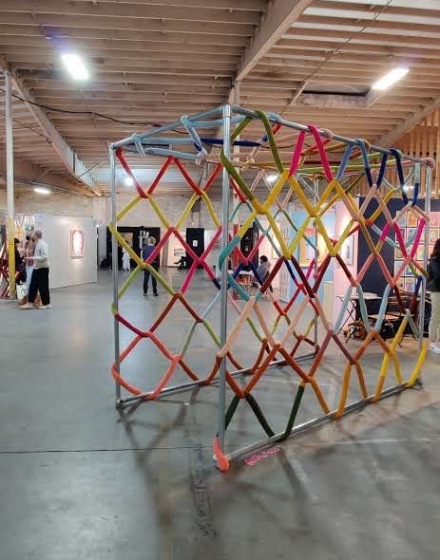 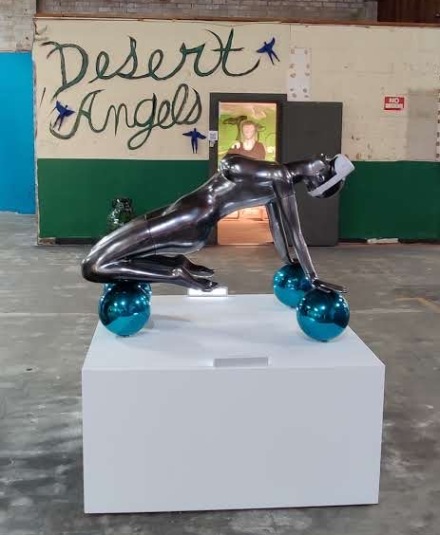 The fair has come a long way in under a decade, growing by leaps and bounds in the past several years as its annual Armory Week production in New York has filled impressively-scaled spaces with curatorial projects and proposals, while allowing galleries and artists to put on singular shows and concept-based projects. This same concept makes for a strong series of works and installations spread throughout the space, continuing the same curatorial prompt, Hearsay:Heresy, which plays on notions of cultural heretics, fringe beliefs, new visions of culture and any range of varied iterations, with each booth offering its own vision. In one corner, You Find Yourself Alone in the Middle of a Forest, curated by Nora Lucia Boyd and featuring Opal Mae Ong and Tyler Krasowski, featured a series of evocative and colorful works that mixed a sense of subtle, playful takes on bodily transcendence and surrealism with a fantastic presentation. In another corner, Smith and Co. was presenting cartoonish, otherworldly depictions by Michael Stillion and Matthew Board, that took a similar thread in a divergent direction. 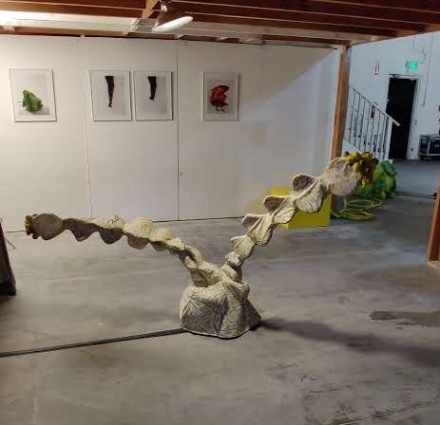 Another booth, presented by Abigail Ogilvy, was showing a series of fabric works by Katrina Sanchez, swirling, woven arrangements that mixed hypnotic geometries with a bright series of colors, while Illuminated Body, curated by Katie Hector and Adam Sabolick, presented a series of cartoonish, and occasionally sexually-charged works with a coy sense of humor and playfulness. Another booth by IV Gallery had taken the notion of Heresy in another direction, with a body of paintings by Hubert Neal Jr. that posed a string of police murders of black citizens as a quite literal painting series, showcasing not only the repeated violence perpetrated in past years, but the continued violence as a different parts of the same problem. 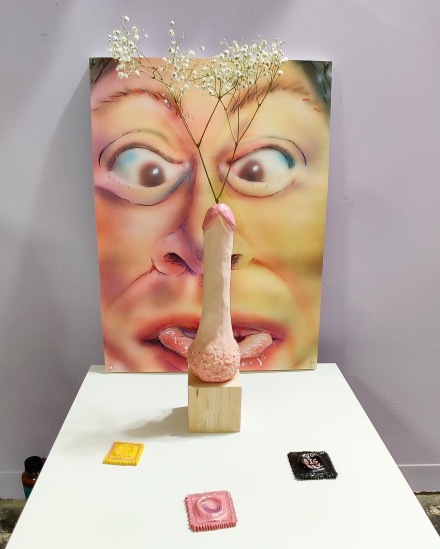 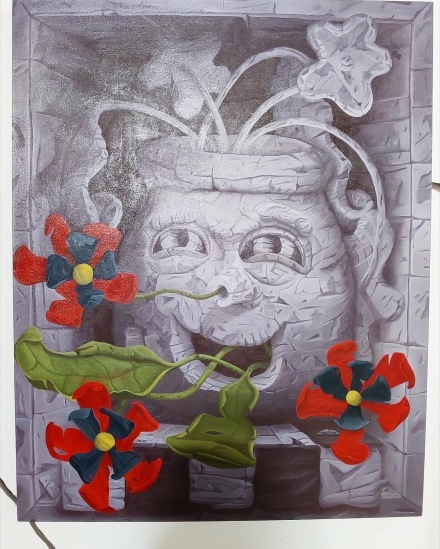 Michael Stillion at Smith and Co.

The show’s signature mixture of forward-thinking work, careful consideration and a subtly rebellious mentality has helped to maintain its air of detached cool and its dedication to strong work, a combo that has served both the event, and its adopted home of Los Angeles, quite well in the past half-decade. 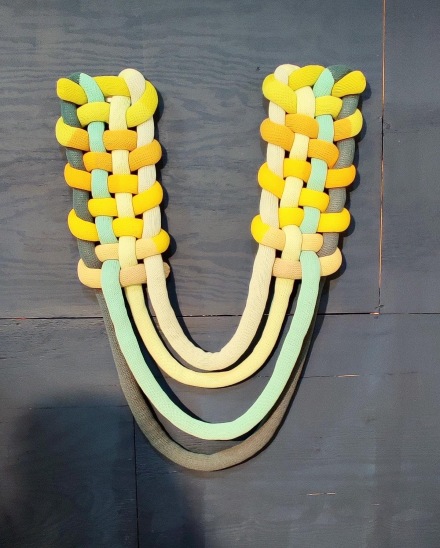 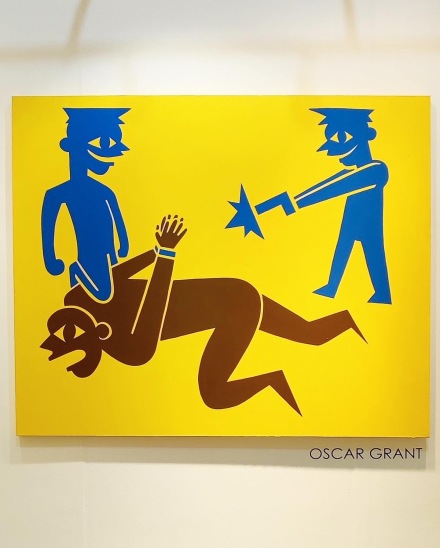 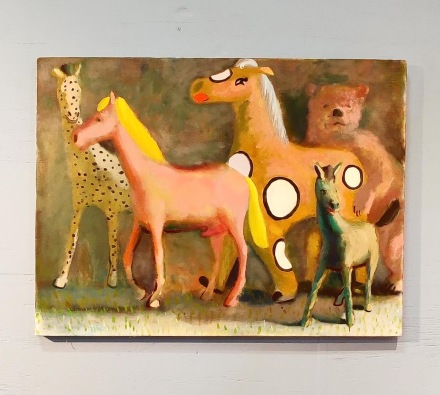 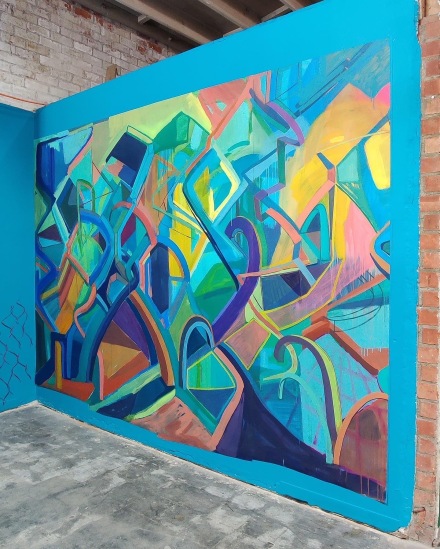 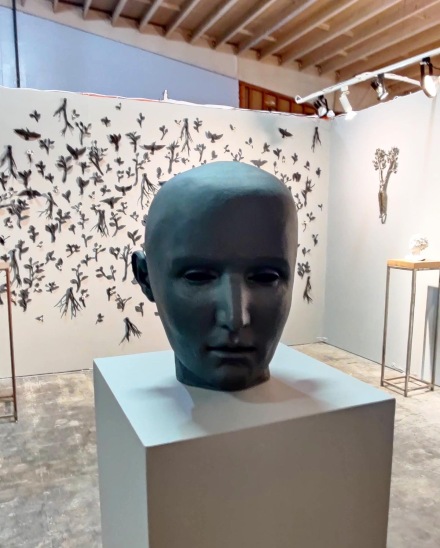 This entry was posted on Sunday, February 20th, 2022 at 3:23 pm and is filed under Art News, Featured Post, Show. You can follow any responses to this entry through the RSS 2.0 feed. You can leave a response, or trackback from your own site.