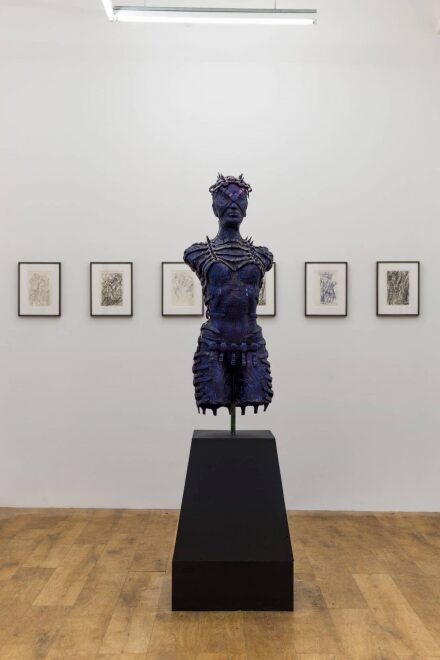 Among the more hotly anticipated shows of the winter calendar in New York, Lomex is currently hosting a survey of works by  the renowned Swiss surrealist H.R. Giger, opening in the gallery on January 29, 2022. The largest exhibition of Giger’s work in New York in nearly three decades, HRGNYC draws from the breadth of his entire career and displays his manifold talents in a vast array of media. 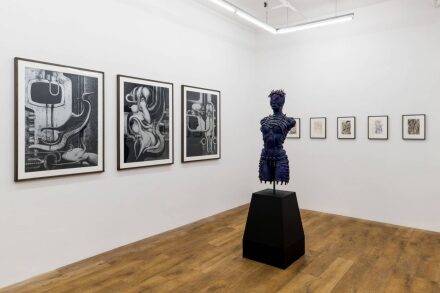 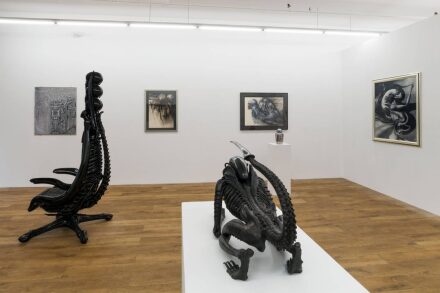 Long fascinated with New York as both as an idea and as a place of exhibition, Giger made many visits to New York and the city’s landscape was a continuous source of inspiration to him throughout his career. Evident in his work even from the age of 18, New York’s skyline became the basis for a terrifying mythological world of technical and occult majesty, a negative utopia that expressed itself as a philosophical inverse of the sublime. His iconic New York City series, displayed at the Hansen galleries on 57th street in 1980, intermingled figures drawn from his own occult mythos with a claustrophobic futurist steel skyline. The NY paintings, made in airbrush without preparatory sketches, in their extraordinary precision appear at times almost as otherworldly photographs, and are landmarks of technical innovation with a method completely of Giger’s own devising. This body of work was the subject of an artist book published in 1981 by Ugly Publishing Zurich—Giger’s own pseudonymous publishing house—with a preface by Timothy Leary, which is now being republished by KALEIDOSCOPE on the occasion of this exhibition.In 1980, he met Chris Stein, Blondie’s co-founder, guitarist and Debbie Harry’s life-long creative partner, and collaborated with Harry on the iconic KooKoo album cover, and its accompanying music videos. On view in the gallery are a selection of photographs taken by Chris Stein on the sets of this collaboration, a series that conveys the full array of the scope of Giger’s creative vision. 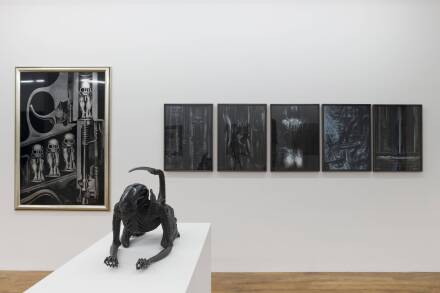 Giger continued to collaborate with numerous musicians and had far-reaching influence in punk rock, metal, techno, gothic, and industrial subcultures. In 1998, he designed the VIP room of Peter Gatien’s landmark hells-kitchen club The Limelight. Housed in a deconsecrated church on 20th street, the collaboration established him as a cultural icon of NYC Nightlife. 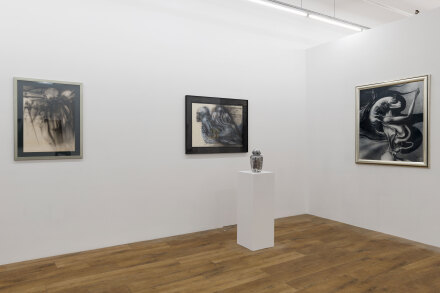 His work here presents a chorus of dark, ominous bodies and forms: chairs coated in human skulls, bodies twisting under cables and hoses, intricately carved metal panels, and even an early maquette of the Xenomorph from Alien. Taken as a whole, the show offers a fascinating review of an artist whose work offers a commanding and dark look at the state of the world, and even more dark future.

This entry was posted on Thursday, February 24th, 2022 at 12:00 pm and is filed under Art News, Featured Post, Show. You can follow any responses to this entry through the RSS 2.0 feed. You can leave a response, or trackback from your own site.