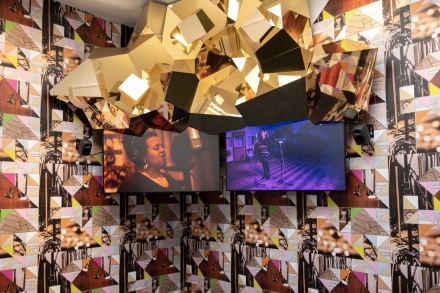 The awards for the 59th Edition of the Venice Biennale have been announced, with artist Sonia Boyce taking home the Golden Lion for the Best National Pavilion, while Simone Leigh took the Golden Lion for participation in the Main Exhibition. This is the first time in Biennale history that both of the top awards at the event were won by black women.

2 special mentions have been awarded to the following National Participations:

Golden Lion for the Best Participant in the International Exhibition The Milk of Dreams to:

Silver Lion for a Promising Young Participant in the International Exhibition The Milk of Dreams to:

The Jury has decided to award two special mentions to the following participants:

This entry was posted on Saturday, April 23rd, 2022 at 10:11 am and is filed under Art News, Featured Post, Show. You can follow any responses to this entry through the RSS 2.0 feed. You can leave a response, or trackback from your own site.