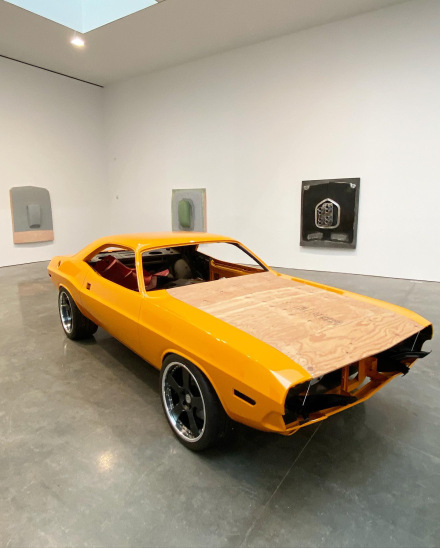 On view this month at Gagosian in Chelsea, artist Richard Prince has collected a body of work spanning over 30 years of practice, focusing in particular around his explorations of the iconography and imagery of American car culture. Titled Hoods, the show features a range of works that see Prince working with modified and customized car hoods, using their sculptural design as a point of entry for broader investigations of Americana, identity and time. Hoods will feature more than thirty works made over the span of twenty-five years, from 1988 through 2013, all personally selected by the artist for this exhibition, and which showcases loans from major institutions and private collections, including the Brant Foundation, New York and Greenwich, Connecticut; the Broad, Los Angeles; Colección Jumex, Mexico City; Glenstone, Potomac, Maryland; Museum of Contemporary Art, Los Angeles; Pinault Collection, Paris; and Solomon R. Guggenheim Museum, New York; as well as from the collection of the artist. 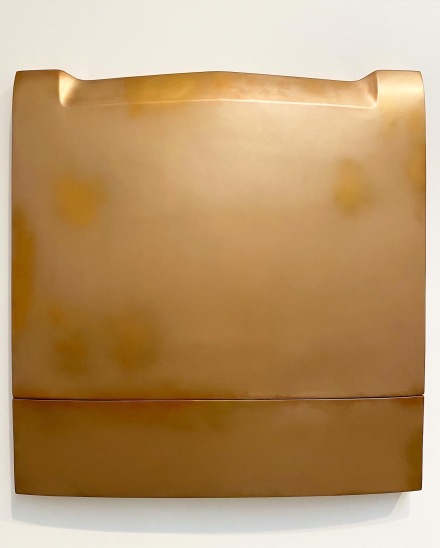 To make Hoods, Prince acquired hoods from 1960s and ’70s muscle cars, at first ordering them primarily from advertisements in automotive magazines—a continuation of the strategic appropriation, collecting, and détournement of mass-media sources that are central to his practice. Initially, Prince hired body shops to prep and paint the hoods; later, he began applying the automotive body filler Bondo, sanding, and painting them himself by hand. Surfaces and palettes vary considerably across the series, with the matte tones of Bondo and saturated hues of paint used as compositional elements. The resulting Hoods relate to two postwar American trends: DIY car culture and avant-garde art in their exploration of abstraction and the readymade. The works’ wall mounting emphasizes the distinctive bulges, scoops, and other design features that made the era’s cars iconic. Also on display are works from the related series Pedestal Hoods (2004–07), which returns the hoods to a horizontal plane as wholly sculptural forms. 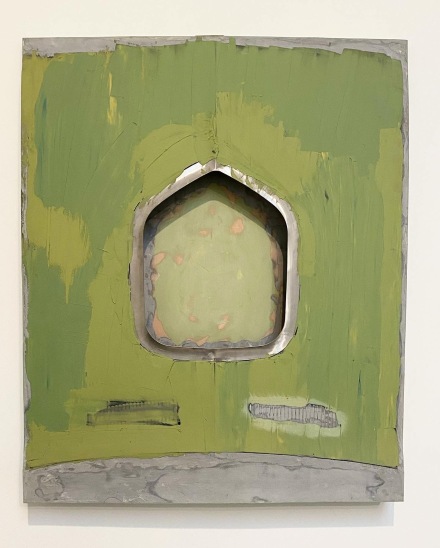 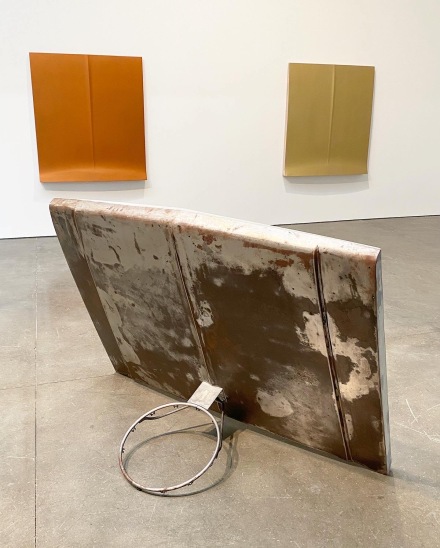 Prince’s use of the car speaks to a number of intriguing points in the modern landscape, from the mythologizing of America’s global dominance in both 20th Century politics and culture, to the tendencies towards customization, invention and reinvention that is a hallmark of so much of classic car culture in the states. Turning these hoods into new, abstracted forms held at an arm’s length from the original utility, Prince creates a space for contemplation of both this period of American history, and our distance from it now, in an era where gas creeps over $5, and debates over the future of American cultural hegemony. 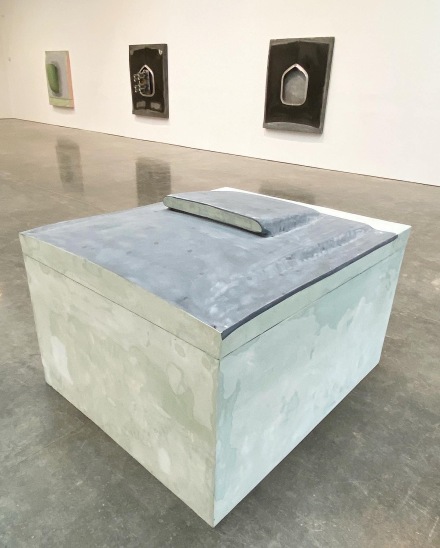 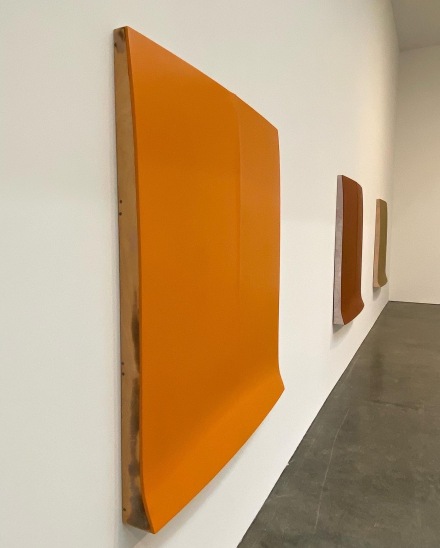 This entry was posted on Thursday, May 26th, 2022 at 12:00 pm and is filed under Art News, Featured Post, Show. You can follow any responses to this entry through the RSS 2.0 feed. You can leave a response, or trackback from your own site.