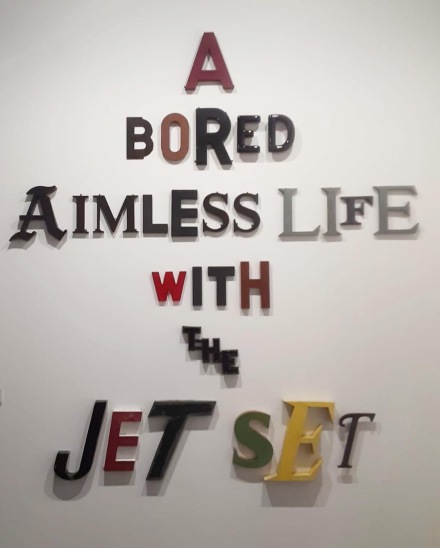 Jack Pierson at Regen, all images via Art Observed

With the fall months pressing on, the annual fair stretch between London and Paris is an annual event, with galleries shuttling between the two European capitals for the usual run of art fairs. But this year, with FIAC sitting out on a 2022 edition, Art Basel has filled a gap in the annual fair offerings, opening the first run of a new fair, Paris+ at the Grand Palais Éphémère from Thursday, October 20 to Sunday, October 23, 2022. Bringing together 156 leading French and international galleries for this first program, the fair continues its reputation for exceptional artworks across all media – from painting and sculpture to photography and digital works. 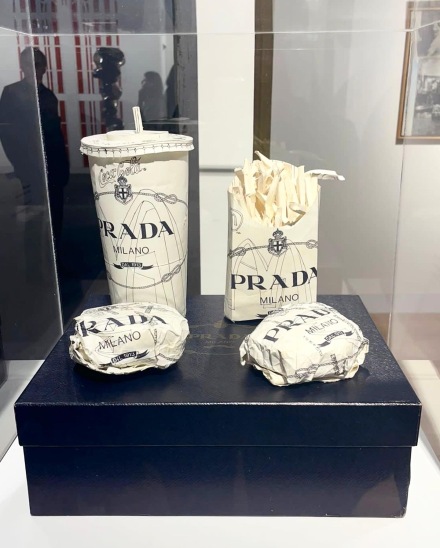 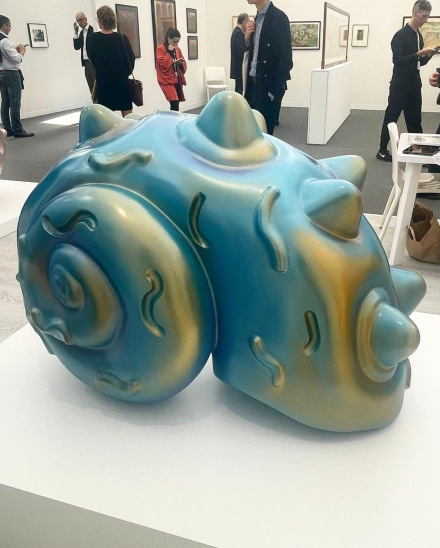 The fair capitalizes on the recent resurgence of Paris’s art market in the past decades, built in part by the strong execution of FIAC in recent years.  “With the concentration of international collectors, curators, and art world players, everyone seems to be in Paris and Paris+ par Art Basel has definitely increased the attractiveness of the city’s art market,” exhibitor Thaddaeus Ropac  said in a statement. “Since some time, Paris is experiencing a strong renaissance and has gained back an important role as an art world capital. Paris+ was a strong sign for this.” 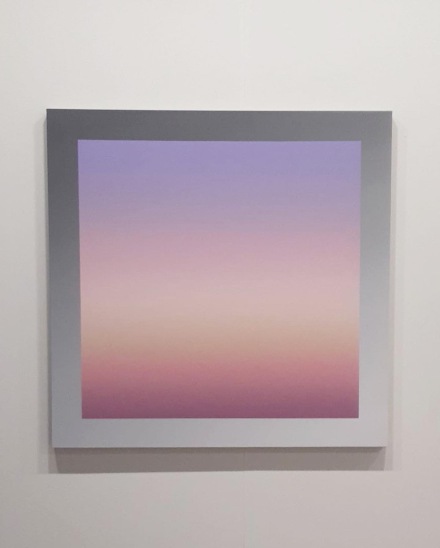 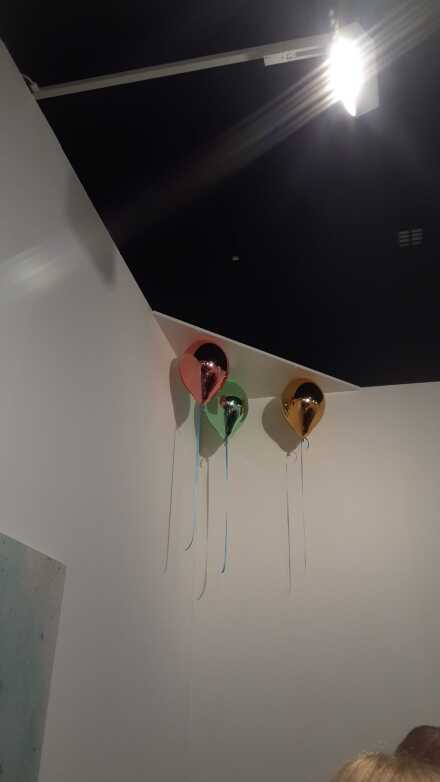 That sentiment was in clear view for the opening hours of the event, with the aisles packed and sales already rolling in. At David Zwirner, a range of works by Josh Smith were on view, showcasing the artist’s continued use of lush, colorful forms and swirling brushstrokes, while over at the 303 Gallery booth, a range of works by gallery artists Rob Pruitt, Jeppe Hein, and more were spread throughout. A coy Duane Hanson work at Van de Weghe was also a highlight, exhibiting a confused looking tourist crouching as he prepared to take a photo with his camera. Placed amidst the curators, collectors and press jostling for images and selfies alongside the works on view, the figure seemed to offer a comical counterpoint. Another impressive booth came courtesy Acquavella, where works by Tom Sachs, Francis Bacon, Keith Haring, and more made for a striking dialogue on the history of 20th and 21st Century works in close conversation. 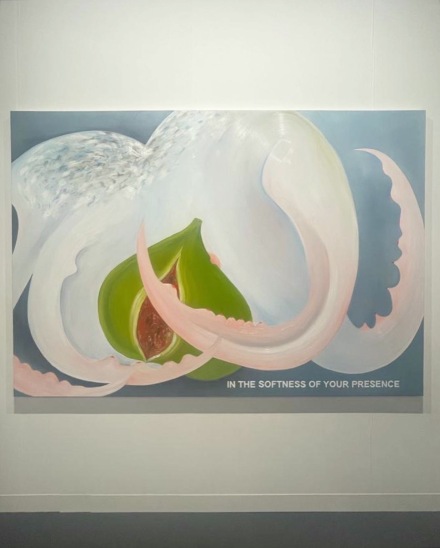 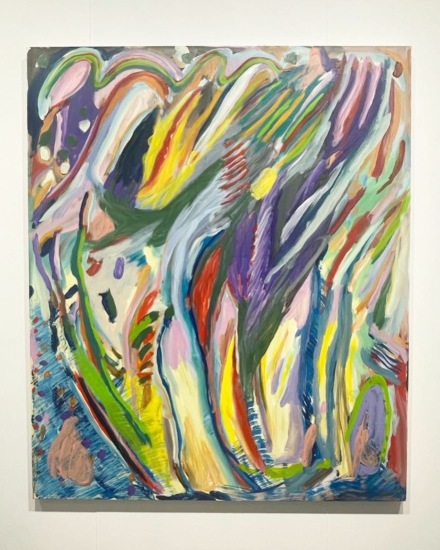 For an inaugural event, Art Basel Paris+ made for a strong opening note, underscoring the continued strength of the fair franchise and the potency of the French and broader European markets in tandem. As Paris only continues to grow in its place as a potential once and future king of European art, it should be interesting to see how the city’s fall art week grows with it. 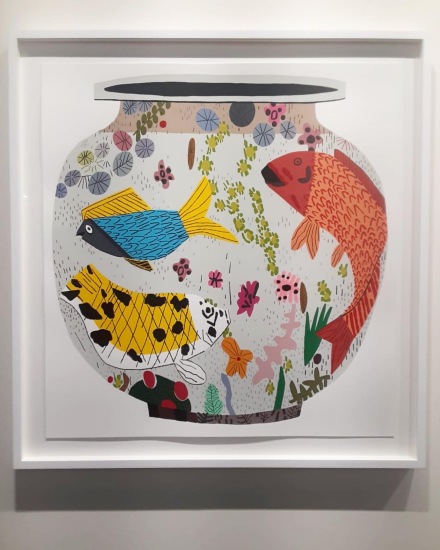 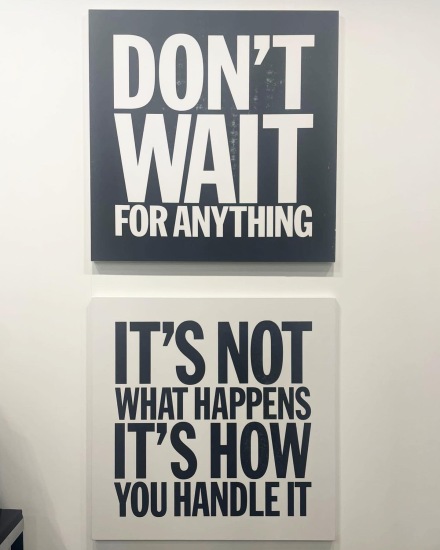 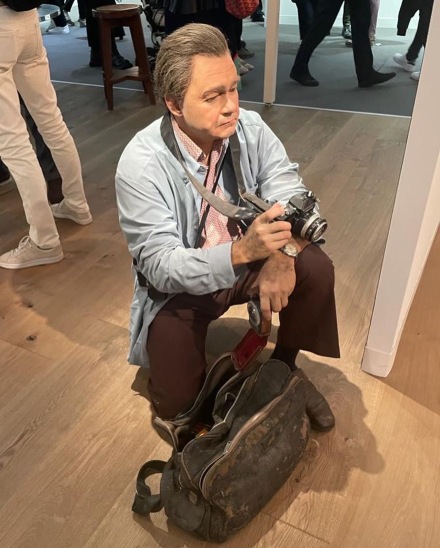 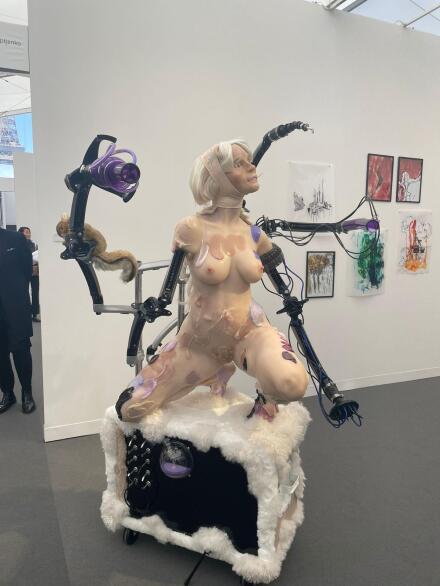 This entry was posted on Wednesday, October 19th, 2022 at 12:00 pm and is filed under Art News, Featured Post, Show. You can follow any responses to this entry through the RSS 2.0 feed. You can leave a response, or trackback from your own site.