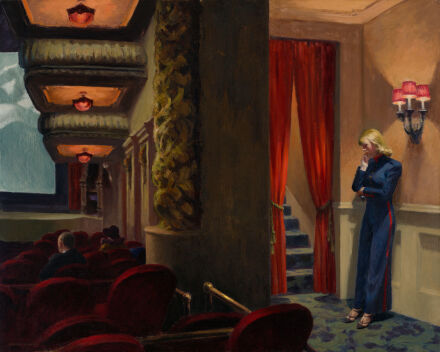 For Edward Hopper, New York was a city that existed in the mind as well as on the map, a place that took shape through lived experience, memory, and the collective imagination. It was, he reflected late in life, “the American city that I know best and like most.” This concept sits at the center of Edward Hopper’s New York, a new exhibition of works by the artist on view this winter at The Whitney. Edward Hopper’s New York takes a comprehensive look at Hopper’s life and work, from his early impressions of New York in sketches, prints, and illustrations, to his late paintings, in which the city served as a backdrop for his evocative distillations of urban experience. 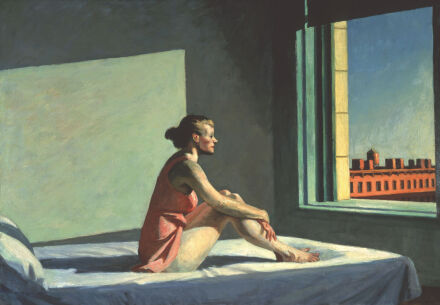 The city of New York was Hopper’s home for nearly six decades (1908–67), a period that spans his entire mature career. Hopper’s New York was not an exacting portrait of the twentieth-century metropolis. During his lifetime, the city underwent tremendous development—skyscrapers reached record-breaking heights, construction sites roared across the five boroughs, and an increasingly diverse population boomed—yet his depictions of New York remained human-scale and largely unpopulated. Hopper instead turned his attention to its unsung utilitarian structures and out-of-the-way corners, drawn to the awkward collisions of new and old, civic and residential, public and private that captured the paradoxes of the changing city. Edward Hopper’s New York charts the artist’s enduring fascination with the city, revealing a vision of New York that is as much a manifestation of Hopper himself as it is a record of the city around him. 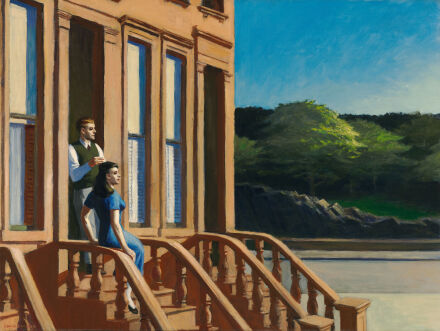 Edward Hopper, Sunlight on Brownstones (1956), via The Whitney

Throughout, Hopper’s eye roves from architecture to citizen and back, often exploring the city’s unique manner of framing its figures and places with hazes of light, awe-inspiring architectural structures and the stark lines of its towers and bridges, interiors and landscapes. Hopper presents the city less as a framing mechanism though, and more as active participant. New York Movie shows a figure leaning against the wall of the titular scene, the chairs and interiors of the space serving only to isolate and emphasize her pose. Others, like Morning Sun depict a figure gazing out her window, a strange look of resignation or meditation on on her face. The city is immediately recognizable even in its small fragment, depicted out the window. This note emphasizes a defining feature of Hopper’s work, the understanding of just how landscape can define a life; not in cinematic and overt moments of observation, but of its near-constant presence as the backdrop through which we live our lives. 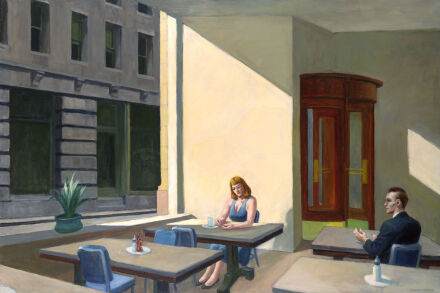 Edward Hopper, Sunlight in a Cafeteria (1958), via The Whitney 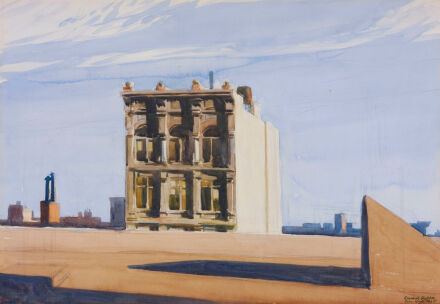 Edward Hopper, Skyline Near Washington Square (1925), via The Whitney

Drawing from the Whitney’s extensive holdings and amplified by key loans, the exhibition brings together many of Hopper’s iconic city pictures as well as several lesser-known yet critically important examples. The presentation is significantly informed by a variety of materials from the Museum’s recently acquired Sanborn Hopper Archive—printed ephemera, correspondence, photographs, and journals that together inspire new insights into Hopper’s life in the city. By exploring the artist’s work through the lens of New York, the exhibition offers a fresh take on this formidable figure and considers the city itself as a lead actor.

This entry was posted on Wednesday, November 2nd, 2022 at 12:00 pm and is filed under Art News, Featured Post, Show. You can follow any responses to this entry through the RSS 2.0 feed. You can leave a response, or trackback from your own site.