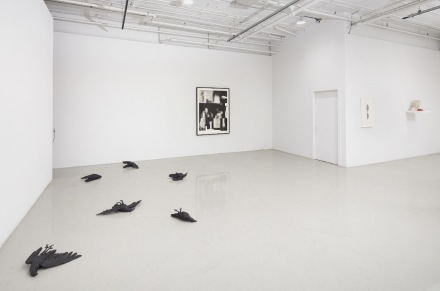 On this month at Timothy Taylor Gallery in New York City, artist Kiki Smith presents a selection of new works focusing on sculpture, drawing, collage, and wall works from the 1990s that draw together Smith’s study of the human body and the natural world. Presented in a new, temporary exhibition space at 211 West 19th Street in Chelsea while the gallery renovates a new 6,000-square-foot gallery in Tribeca that will open next year, the show offers a new series of possibilities and opportunities for the artist’s work. 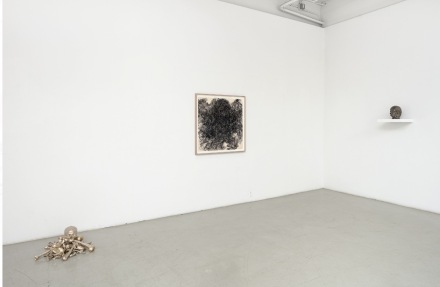 Smith has long been interested in our most basic relation to the world we live in, using sculpting, painting, and weaving of the human and animal form in a variety of mediums to explore a series of relationships and interactions between bodies and the world. Smith poses the human body in a set of spiritual and spatial interactions. The works in this exhibition exhume the body from its battlegrounds: angry spirits inspired by Greek myths stand with Eve-like bronze women; poisoned birds fallen from the sky. Directly and without rhetoric, Smith’s work exposes our core: emblems of primal loss, sexuality and birth that suggest our unchanging nature over the millennia. 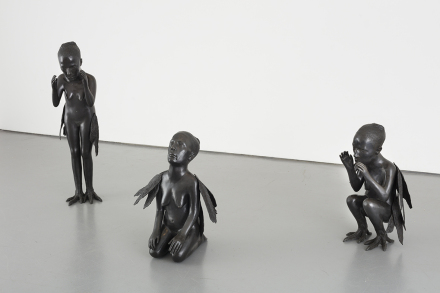 Death looms large over this particular show, with bodies and forms posed in a range of positions. In one corner, a series of dead birds lay on the ground, creating an ominous sense of loss echoed by a pile of bones, rendered in a gleaming gold hue. Yet Smith seems to take this sense of dread and loss and turn it towards a new lilt. Near the center of the space, an upturned human head serves as the base upon which a colorful, roughly-rendered butterfly perches, while elsewhere, a series of small figures gaze upwards from submissive, shrugging poses. Smith’s work seems to work on this rise and release of force, of an awareness of powers extended beyond the physical limits of the space, and here, with ample space for each work to breathe, creates an intricate set of relations that make the works speak all the louder. 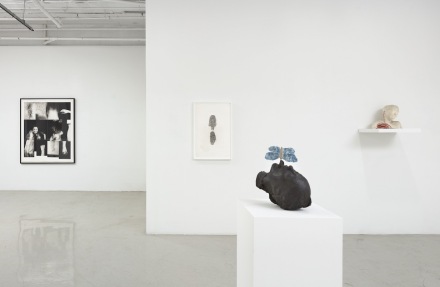 This entry was posted on Friday, November 11th, 2022 at 12:00 pm and is filed under Art News, Featured Post, Show. You can follow any responses to this entry through the RSS 2.0 feed. You can leave a response, or trackback from your own site.