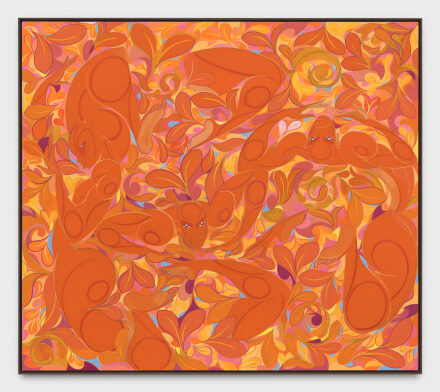 On view this month in New York, painter Tunji Adeniyi-Jones presents his third exhibition with Nicelle Beauchene Gallery, a show titled Emergent Properties that continues and expands on the artist’s long-standing interest in printmaking—particularly lithography and monotype work—as a formal and conceptual inspiration for new large and small-scale, oil on canvas paintings. 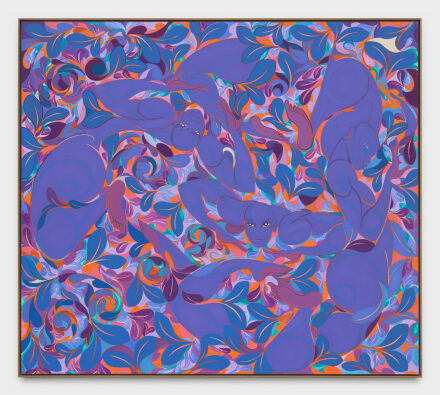 The show makes much of the practice of printmaking in relation to broader cultural and global exchanges, with the artist’s work grappling with West African mythologies, religion, and ceremonies through a diasporic lens, arriving at images that produce and reproduce cultural and iconographic “third spaces” through which manifold expressions of identity can exist. In both canvases and prints, the artist’s approach to color, floating brusque and expressive gestures over each other to create dense, interlocking landscapes. Adeniyi-Jones’ floriated paintings often feature androgynous figures dancing through densely-patterned spaces. It is this amalgamation of African, African-diasporic, and European influences—medieval manuscript illustration, 20th century West African painting, the Harlem Renaissance—that informs the artist’s distinct approach to representation and abstraction. Faces swirl in and out of focus, and the body seems to lose itself in the movements across the canvas, raising questions on whether the body emerges from the movements depicted, or vice versa. 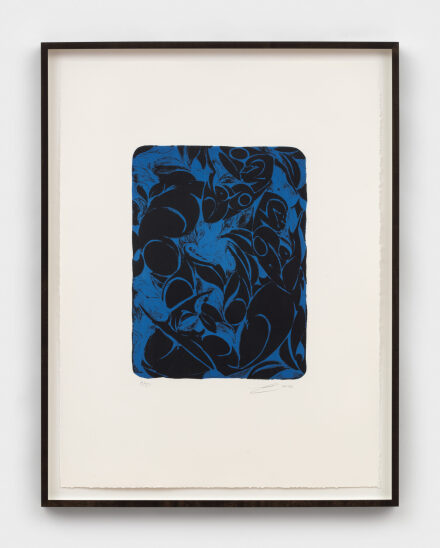 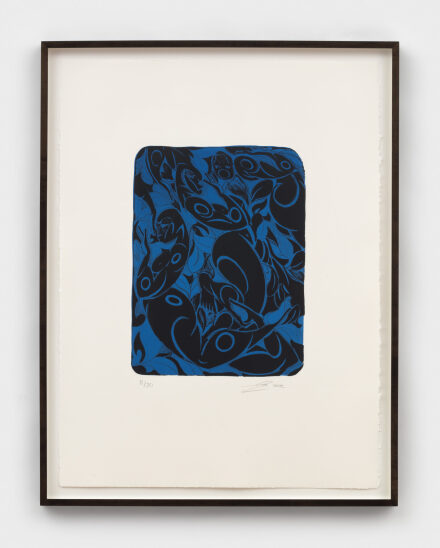 Adeniyi-Jones specifically identifies with artist Aaron Douglas’ use of silhouettes as a pictorial stand-in for many. “The silhouette,” as the artist has come to understand, “increasingly creates an open space for any viewer to assume the position of what they’re seeing.” This speaks to the tension present in much of Adeniyi-Jones’ work: a specificity coming from the artist’s own background coinciding with an impulse for viewers to be able to relate to the figures and characters present in the work. Turning the body into a analog for the movement of the brush and the interlocking cultural iconographies that these figures draw on, the artist’s work makes much of the body as a site and symbol simultaneously. 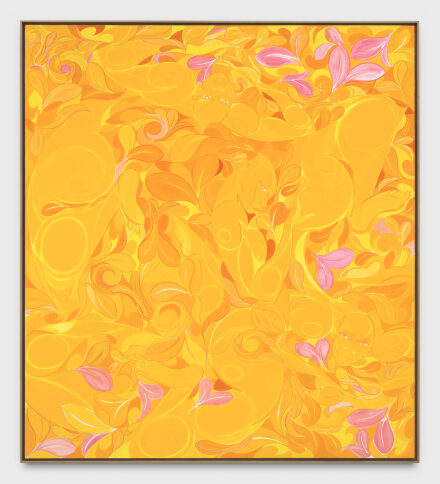 This entry was posted on Friday, November 18th, 2022 at 12:00 pm and is filed under Art News, Featured Post, Show. You can follow any responses to this entry through the RSS 2.0 feed. You can leave a response, or trackback from your own site.