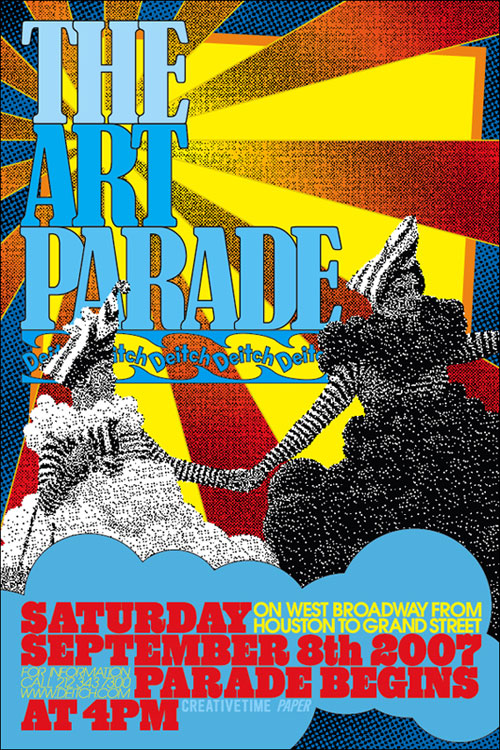 The Third Annual Art Parade will take place tomorrow, Saturday September 8th starting at 4pm. Starting on Houston Street along West Broadway to Grand Street, the parade will include street spectacles, portable sculptures, and kites among other visuals.

According to their website, the first event in 2005 included 650 participants, 60 projects and attracted more than 3,000 viewers. The Parade marks the beginning of the New York City fall art season as well as Fashion Week. Be sure to go out to watch this year’s event!

This entry was posted on Friday, September 7th, 2007 at 2:46 pm and is filed under Art News. You can follow any responses to this entry through the RSS 2.0 feed. You can leave a response, or trackback from your own site.