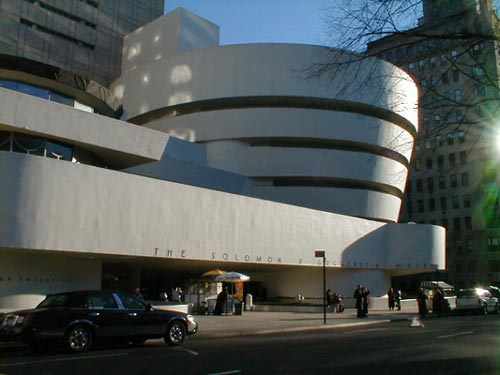 Jerry Saltz’s scathing article in this week’s New York Magazine pulled out all the stops. With the departure of director Lisa Dennison, the Guggenheim is undeniably looking for a replacement, but Saltz contends that the real problem is Thomas Krens, who is slowly but surely destroying the institution from within.

Krens became director of the museum in 1988, then Dennison succeeded him in 2005 when he became the overseer of the Guggenheim Foundation (the museum’s international outposts plus New York). According to Saltz, Dennison was never really had her power and was merely a “puppet” of Krens’. However Saltz does note, “But she was capably playing a role of Gerald Ford to this troubled institution, helping to bring the Guggenheim back from its seventeen-year nightmare under the reign of Thomas Krens. This self-styled shah of culture and franchising has been described as ‘cold, distracted, and rarel on hand’.” I would add reckless, destructive, myopic and misguided.”

Saltz goes into great detail regarding the myriad of problems and political dilemmas surrounding Krens’ latest project, Guggenheim Abu Dhabi. Slated to finish in 2011 and cost from $200-400 million, Krens envisions the edifice to be built on Saadiyat, a peninsula which will include an outpost of the Louvre, luxury hotels and apartments, golf courses and marinas.

Sounds like a great tourist potential, but among the problems: the Frank Gehry-designed building could possibly be underwater in a hundred years, sandstorms, and not to mention an anti-Israel policy which will deny entry visas for Israeli passport holders. Saltz notes, “Thus, the Guggenheim–founded by a Jewish family, an institution with Jewish curators and scores of works by Jewish artists, designed by the Jewish Gehry–isn’t really welcome either.”

Not to mention the gays, as a government official of the United Arab Emirates said a few years ago that their “society does not accept queer behavior either in word or action”. So this eliminates gay art and artists, as well as nudes and anything else considered to be “controversial”.

Krens isn’t bothered by any of this, as he’s focusing more on branding the Guggenheim image globally. But his only real success so far is the attraction of the Bilbao, which is so circuslike that it is “awful for art”.

Saltz details Krens’ attempts (and failures) to obtain a non-spiraling space in New York, thus his return to “his international aspirations. Thus, Krens’s world advenures aren’t just silly, sad, misspent, and maddening; they’re tragic. Imagine if, instead of squandering the Guggenheim’s good name, and rather than pouring time and money into showy boondoggles around the globe, Krens had secured a large space somewhere in New York City and created something like what the Tate did in London–a sort of Guggenheim Modern for rotating shows and space for the permanent collection.”

The plea to the Board for a director with a proper curatorial eye and a square head on his/her shoulders is obvious. The question is, will they listen?

How to Rebuild the Guggenheim [NYMag]

This entry was posted on Tuesday, September 25th, 2007 at 9:36 am and is filed under Art News. You can follow any responses to this entry through the RSS 2.0 feed. You can leave a response, or trackback from your own site.