Altria Group leaves New York, as will its arts funding 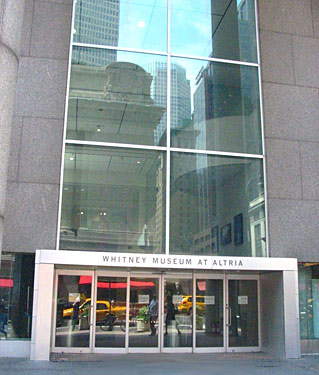 The New York Times reports that the Altria Group, formerly named Phillip Morris Companies Inc., will be cutting the funding that they provide to various arts organizations in New York City as a result of a decision to move their non-U.S. cigarette production to Europe. For the 200+ organizations in the city, the loss of almost $7 million in support that they receive annually is a hard blow.

The Brooklyn Academy of Music, Harlem Stage, and the New York City Ballet were among the top recipients of Altria’s annual donations, and are now scrambling to find new donors who will be as dependable and consistent as Altria has been the past 20 years.

However, Matthew L. Myers, president and chief executive of the Campaign for Tobacco-Free Kids, contends that Altria’s philanthropy “bought [the company] a better image and frankly, the silence of some powerful voices who would normally be expected to speak out about the tobacco public-health problem.”

The fate of the Whitney Museum at Altria on Park Avenue has yet to be announced. Altria will be selling the Park Avenue space, which currently functions as their New York headquarters as well as a satellite space of the American arts museum. However, zoning rules require that the space be reserved for public use.

The Altria has shown work by artists such as Rob Fischer, Luis Gispert and Sue de Beer. According to the Whitney Altria website, the institution has been affiliated and sponsored by the tobacco company since 1967.
As a Company Leaves Town, Art Grants Follow [NYTimes]
Whitney at Altria [Whitney Museum]

This entry was posted on Tuesday, October 9th, 2007 at 10:41 am and is filed under Art News. You can follow any responses to this entry through the RSS 2.0 feed. You can leave a response, or trackback from your own site.