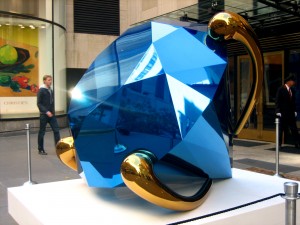 Back in September, we learned from BBC News, Bloomberg and the New York Times that Jeff Koons’ “Diamond (Blue)” was being auctioned at Christie’s for $12 million. A recent report from the Guardian UK stated that the piece was going to be estimated for $20 million, up $8 million from just a few months ago. What’s correct?

“Thank you for your message. The Koons Diamond (Blue) has an “Estimate Upon Request,” and is roughly estimated at $20 million.” 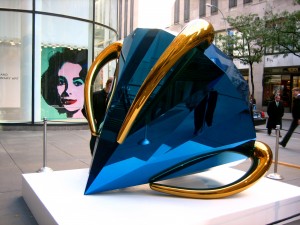 “Roughly estimated”? What happened to $12 million? It should be an interesting sale, considering London’s contemporary auctions had some difficulty moving pieces by Western artists.

This entry was posted on Friday, November 2nd, 2007 at 9:40 am and is filed under Art News. You can follow any responses to this entry through the RSS 2.0 feed. You can leave a response, or trackback from your own site.