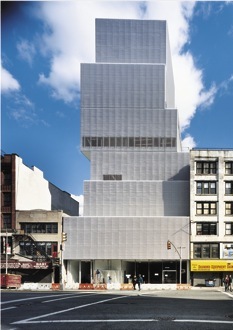 via Robert Polidori for the New Yorker

The Annals of Otology, Rhinology & Laryngology October 1, 2001 | Lapena, Jose F Jr; Berkowitz, Robert G Congenital bilateral vocal cord paralysis (BVCP) can be associated with an underlying neuromuscular disorder, and may present before other features of the neuromuscular disorder become apparent. All infants less than 12 months of age presenting with BVCP between July 1987 and July 1999 at the Royal Children’s Hospital, Melbourne, in whom a neuromuscular disorder was subsequently diagnosed were followed. Three children in whom BVCP was diagnosed soon after birth and before recognition of an underlying neuromuscular disorder were identified. All presented with upper airway obstructive symptoms at birth, had a diagnosis of bilateral abductor vocal cord paralysis made at awake flexible laryngoscopy, and had no underlying structural laryngeal abnormality on microlaryngoscopy and bronchoscopy. Two children required a tracheostomy, and I child was weaned from nasopharyngeal continuous positive airway pressure after 3 weeks. Subsequent neuromuscular symptoms were recognized between 4 months and 7 years later, leading to diagnoses of facioscapulohumeral myopathy, spinal muscular atrophy, and congenital myasthenia gravis. In each case, the prognosis for recovery from symptoms related to BVCP reflected that of the underlying neuromuscular disorder. This experience suggests that congenital BVCP may be a feature of an unrecognized neuromuscular condition. This possibility should be considered particularly in the presence of associated neurodevelopmental or neuromuscular dysfunction, or in cases in which BVCP is progressive. arnoldchiarimalformation.org arnold chiari malformation

INTRODUCTION Significant upper airway obstruction presenting immediately after birth should raise the possibility of congenital bilateral vocal cord paralysis (BVCP). However, arriving at a diagnosis of congenital BVCP only marks the beginning of a long process for caregivers and physicians, and important questions such as the severity of the condition, the underlying cause, the prognosis for recovery, and the best therapeutic strategies need to be addressed.

The prognosis for recovery of vocal cord function depends on the underlying cause of the congenital BVCP.1 After excluding structural laryngeal abnormalities that limit vocal cord mobility, the causes of congenital BVCP that need to be considered are birth trauma or asphyxia, neuromuscular disorders, and central nervous system anomalies, most commonly the Arnold-Chiari malformation. Other structural neurologic abnormalities have also been described, including hydrocephalus unrelated to the Arnold-Chiari malformation, hypoplasia of cranial nerve motor neurons, and cerebral agenesis.2 In some cases, the cause of congenital BVCP may not be readily apparent.

In their review of the etiology of BVCP, Holinger et a12 found that in 71 of 114 cases of congenital BVCP, no cause was determined. Associated anomalies were also present in 32 of these children, which included neurologic, cardiac, and laryngeal abnormalities. Emery and Fearon3 found that in 10 of 19 children with congenital vocal cord paralysis, the cause was unknown, and 5 of these had other anomalies. As has been suggested,I it would appear that in a significant proportion of cases of congenital BVCP, no cause may be found.

The high proportion of idiopathic congenital vocal cord paralysis in these reports by Holinger et a12 and Emery and Fearon3 may be partly due to the lack of the sophisticated laboratory, electrophysiological, and imaging studies that are available today. However, a modern protocol for the investigation of congenital BVCP has yet to be established. A previous series of neonates evaluated by awake flexible laryngoscopy4 has highlighted the importance of this method in the investigation of congenital BVCP. Laryngeal electromyography findings in idiopathic congenital BVCP1 and animal studies of posterior cricoarytenoid muscle activity,5 as well as the identification of posterior cricoarytenoid motoneurons in the medulla,6,7 may further contribute toward our understanding of this condition.

RESULTS Clinical details of 3 children with BVCP associated with a subsequently diagnosed neuromuscular disorder are listed in the Table. All presented with upper airway obstructive symptoms at birth, received a diagnosis of bilateral abductor vocal cord paralysis at awake flexible laryngoscopy, and had no underlying structural laryngeal abnormality seen on microlaryngoscopy and bronchoscopy. A tracheostomy was required in 1 child with complete BVCP and in another child with partial BVCP, on the third day and in the eighth month of life, respectively. The third child, who had complete BVCP at birth, was weaned from nasopharyngeal continuous positive airway pressure at 3 weeks. Subsequent neuromuscular symptoms were recognized in these children 4 months to 7 years later, and investigations led to the diagnoses of facioscapulohumeral myopathy, spinal muscular atrophy, and congenital myasthenia gravis. The prognosis for recovery from symptoms related to BVCP in each case reflects that of the underlying neuromuscular disorder.

DISCUSSION Three children with congenital BVCP are described, all of whom subsequently received diagnoses of neuromuscular disorders. Previous reports of vocal cord paralysis preceding the diagnosis of neuromuscular disorders in children have included cases of acute spinal muscular atrophy9 and subacute necrotizing encephalomyelopathy or Leigh disease. 10 The neuromuscular disorder may become readily apparent soon after diagnosis of BVCP, as in the case of patient 3, with congenital myasthenia, in whom medical therapy may have avoided the need for tracheostomy. A similar case has been reported of myasthenia gravis presenting with acute stridor due to BVCP in a 46-year-old man.II In contrast, the underlying neuromuscular disorder may not be fully appreciated for years, as in the case of patient 1, in whom a specific diagnosis of facioscapulohumeral myopathy was only made for progressively worsening neurologic developmental symptoms at age 7. Wu et a112 reported the case of a 53-year-old man in whom vocal cord paralysis necessitating a tracheostomy preceded any other neurologic and autonomic manifestations by 2 years, until extrapyramidal and cerebellar signs with autonomic failure led to magnetic resonance imaging diagnosis of severe brain stem and cerebellar atrophy. this web site arnold chiari malformation

In cases in which no recognizable cause for BVCP can be found, no prognostic indicators are available at the moment for recovery of vocal cord function. The severity of BVCP is usually gauged by the degree of upper airway obstruction present and the need for tracheostomy. Generally, if tracheostomy is not necessary in the neonatal period, progressive improvement in vocal cord function will occur without the need for subsequent intervention. Conversely, when tracheostomy is required in a neonate, tracheostomy dependence may persist for a number of years, and any subsequent improvement in vocal cord movement may take years and may be only partial.13 While this may be true for idiopathic congenital BVCP, an underlying neuromuscular disorder must be considered when the degree of vocal cord dysfunction increases with age. Patient 2, with partial vocal cord paralysis, developed tracheostomy dependence in the postneonatal period. The index of suspicion for an underlying neuromuscular disorder should be very high in this clinical situation.

Besides causing impairment of vocal cord function, a neuromuscular disorder may also affect respiratory muscle function. The clinical severity of BVCP may therefore be magnified by the presence of associated poor respiratory effort. Both mechanisms were involved in patient 2, with spinal muscular atrophy, the former explaining the initial need for tracheostomy, and the latter explaining the subsequent continuing tracheostomy dependence despite the presence of some purposeful vocal cord abduction.

The need for both structural and functional assessment of the neonatal upper airway, the importance of identifying an underlying cause for congenital BVCP, and the importance of recognizing the association between congenital BVCP and other congenital abnormalities remain the cornerstones of the current approach to the evaluation of the newborn with BVCP.13 Our experience suggests that congenital BVCP may be an early warning of an unrecognized neuromuscular condition. This possibility should be considered, particularly in the presence of associated neurodevelopmental or neuromuscular dysfunction, or when BVCP is progressive.

[Author Affiliation] From the Departments of Otolaryngology (both authors) and Paediatrics (Berkowitz), Royal Children’s Hospital, Melbourne, Australia. This research is supported by the Garnett Passe and Rodney Williams Memorial Foundation.

This entry was posted on Thursday, November 15th, 2007 at 9:06 am and is filed under Art News. You can follow any responses to this entry through the RSS 2.0 feed. You can leave a response, or trackback from your own site.