Saatchi Online and Stuart to hold exhibitions in New York 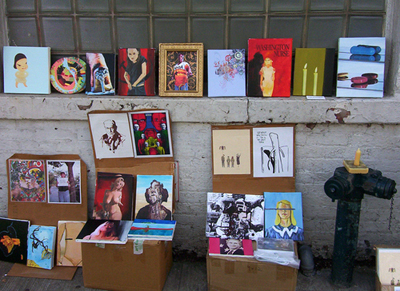 Saatchi Online and STUART will be holding their first exhibition in New York City at Sara Tecchia Roma Gallery in Chelsea. The group show will feature 11 New York area artists who are members of Saatchi Online.

This will be the first exhibit in Saatchi Online’s future. They will participate in Pulse New York in March 2008, and a selection of 20 Chinese artists will be chosen for ART HK in May 2008.

This entry was posted on Wednesday, November 14th, 2007 at 4:45 pm and is filed under Art News. You can follow any responses to this entry through the RSS 2.0 feed. You can leave a response, or trackback from your own site.