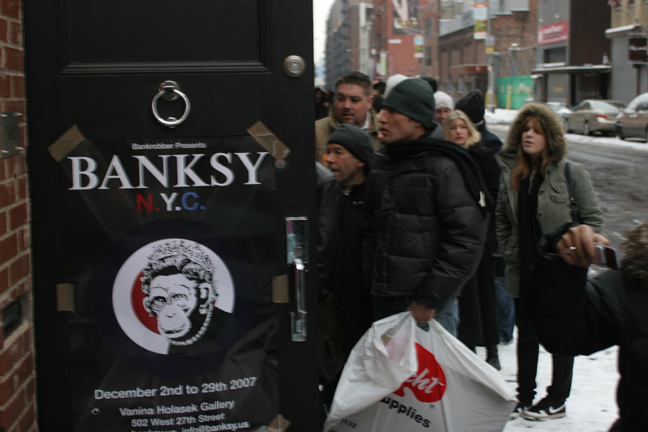 Just this October more than 50 Banksy works went to auction at Bonhams and Sotheyby’s, both in London. Nearly all the works sold for at least double their top estimate.

Banksy first began drawing mass attention several years ago in London with his provocative graffiti. In 2005 he became internationally infamous in the art world after clandestinely installing his own satirical artworks alongside classics at such high profile institutions as The British Museum, The Tate Britain, and in New York at the MoMA, The American Museum of Natural History, The Brooklyn Museum, and The Metropolitan Museum of Art.

Banksy is often likened to a contemporary Andy Warhol for his humorous social commentary and his preference for “low art” over “high art” and he seems to embrace this comparison by making light of it in his work.

In 2005 Banksy surreptitiously installed “Discount Soup Can,” a silkscreen print of a can of Tesco tomato soup which remained unnoticed in New York’s MoMA for three days. In 2006, Banksy’s “Portrait of Kate,” six silkscreen images of supermodel Kate Moss, executed in the distinct style of Warhol’s iconic Marilyn Monroe prints, were sold at Sotheby’s London for £50,000, five times the original estimate.

“Banksy Does New York” is on view at Vanina Holasek Gallery through December 29, 2007. 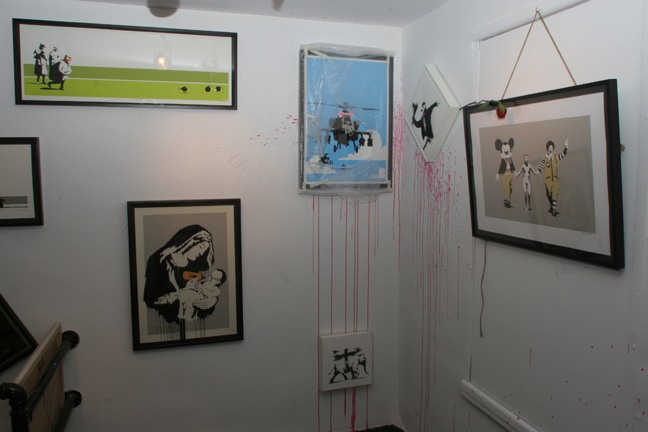 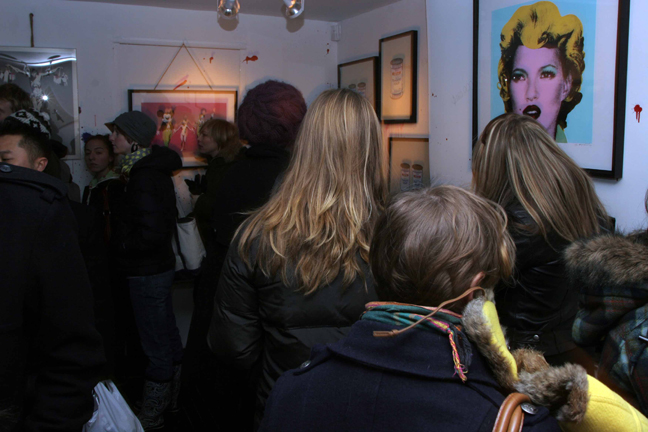 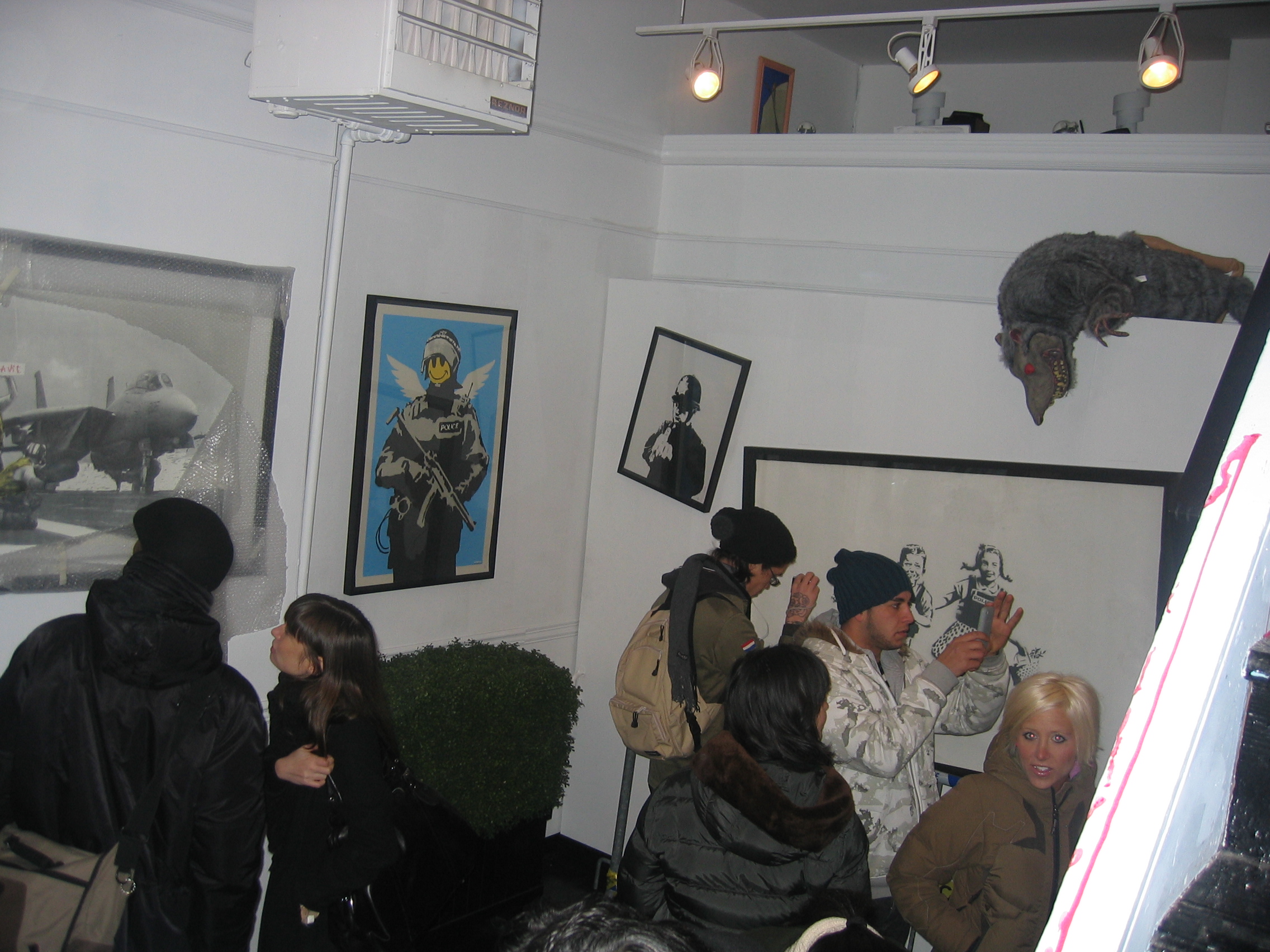 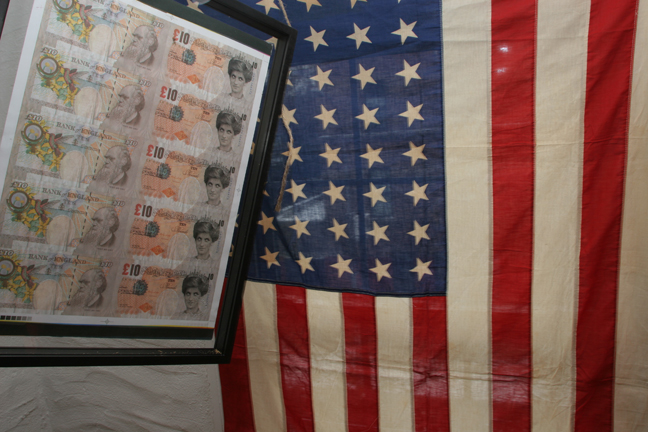 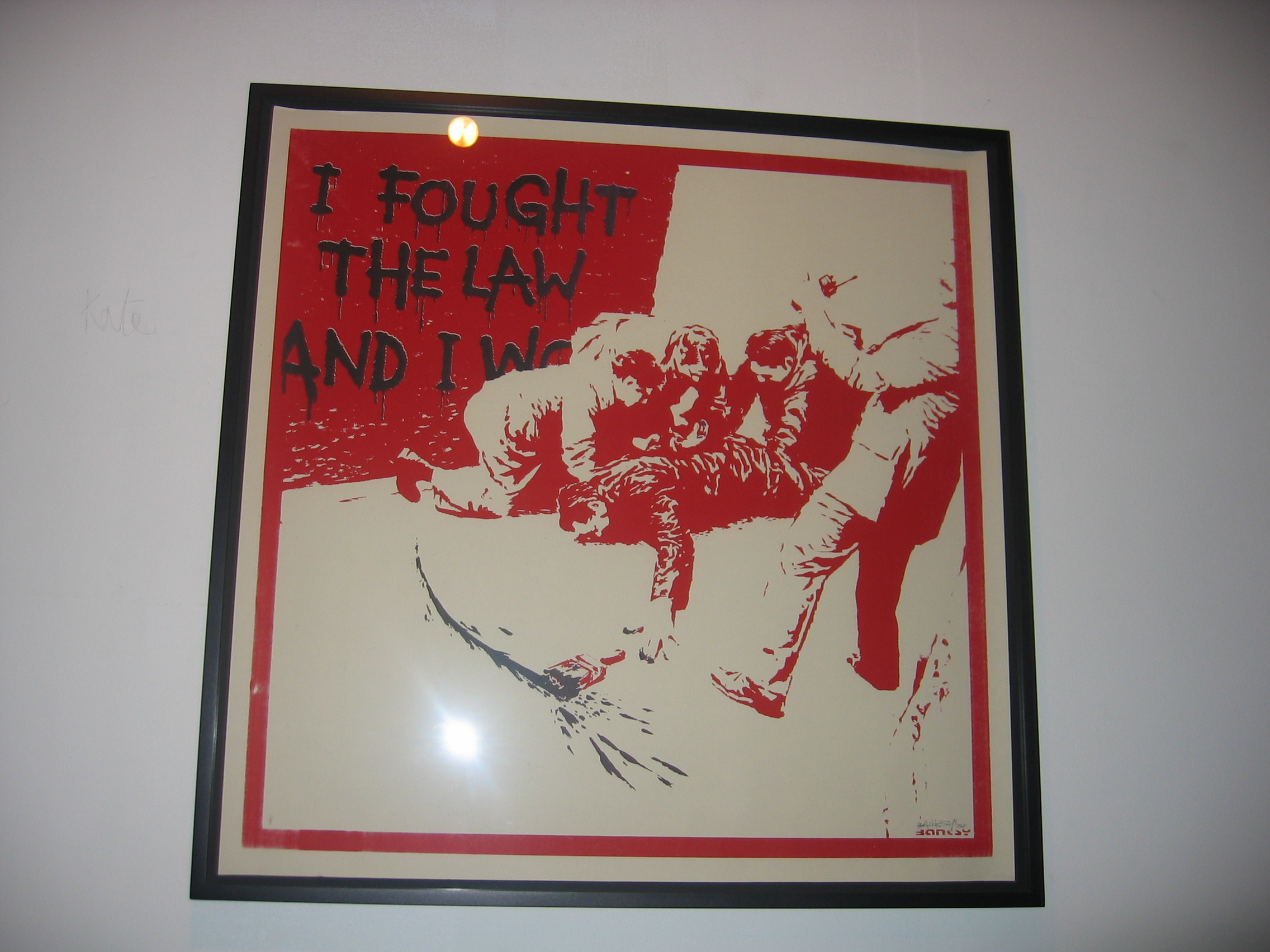 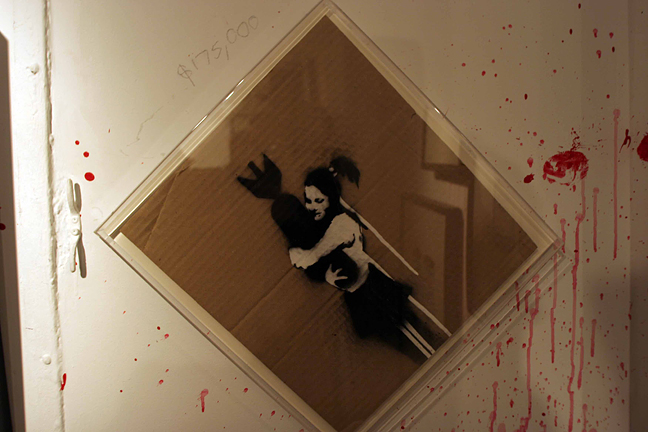 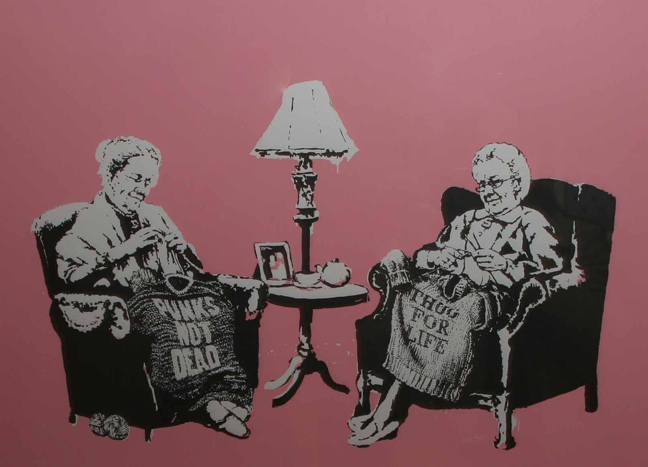 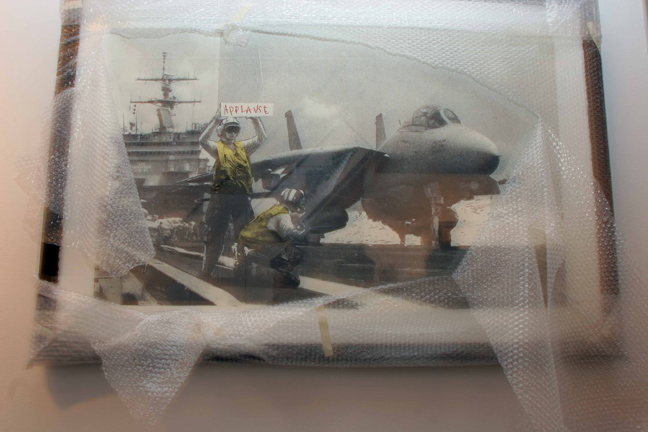 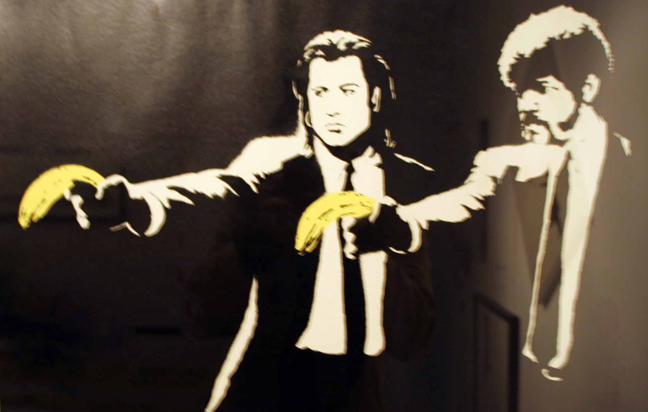 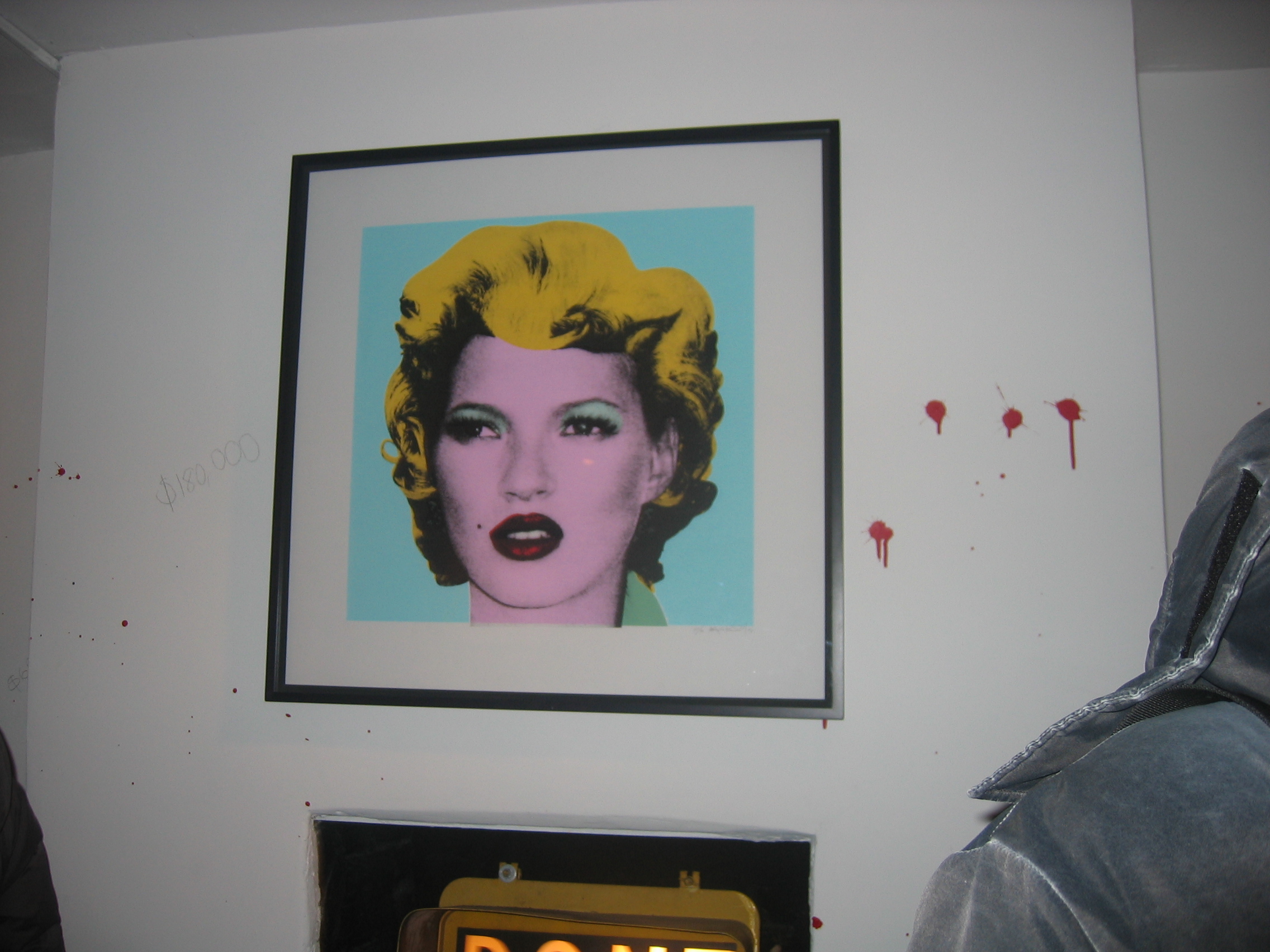 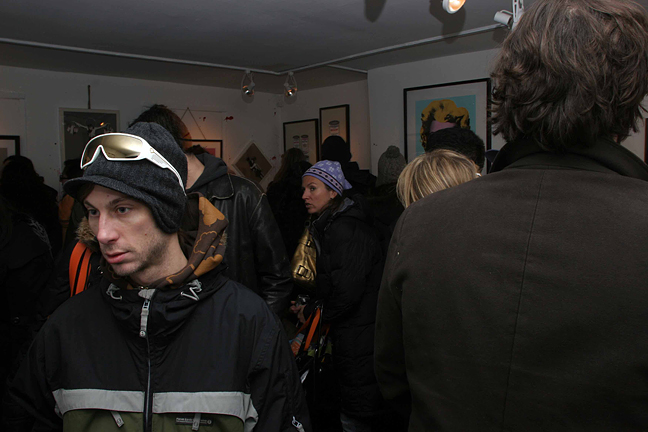 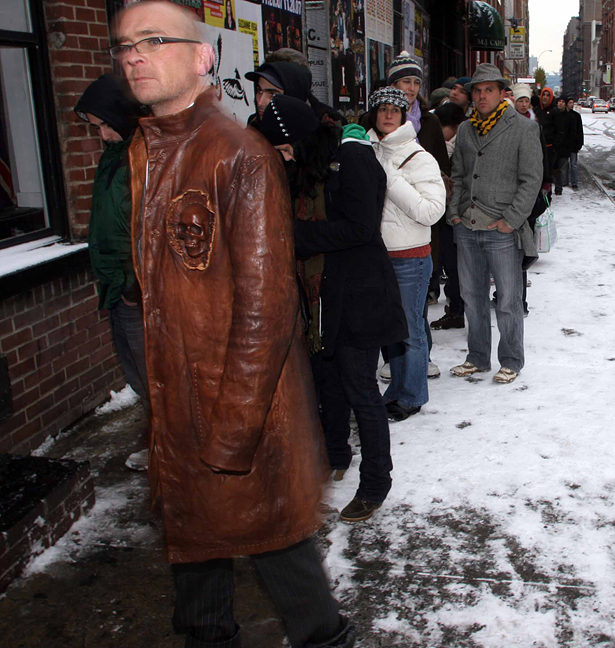 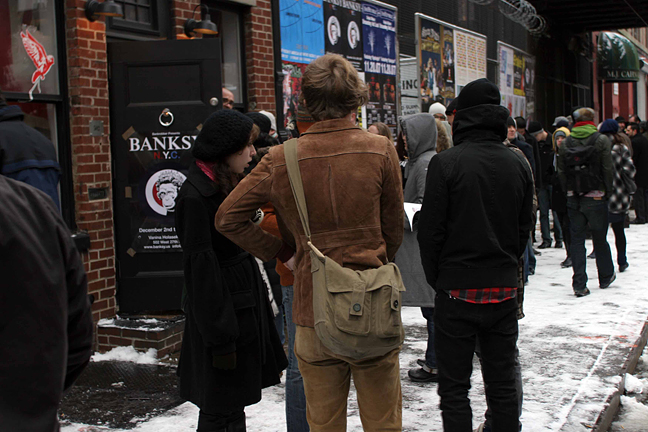 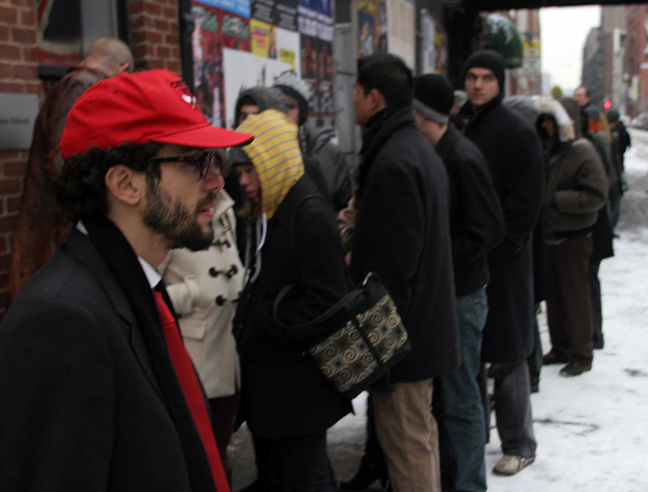 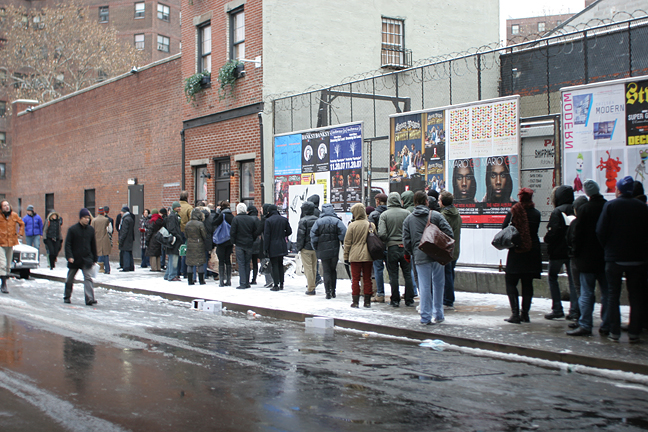 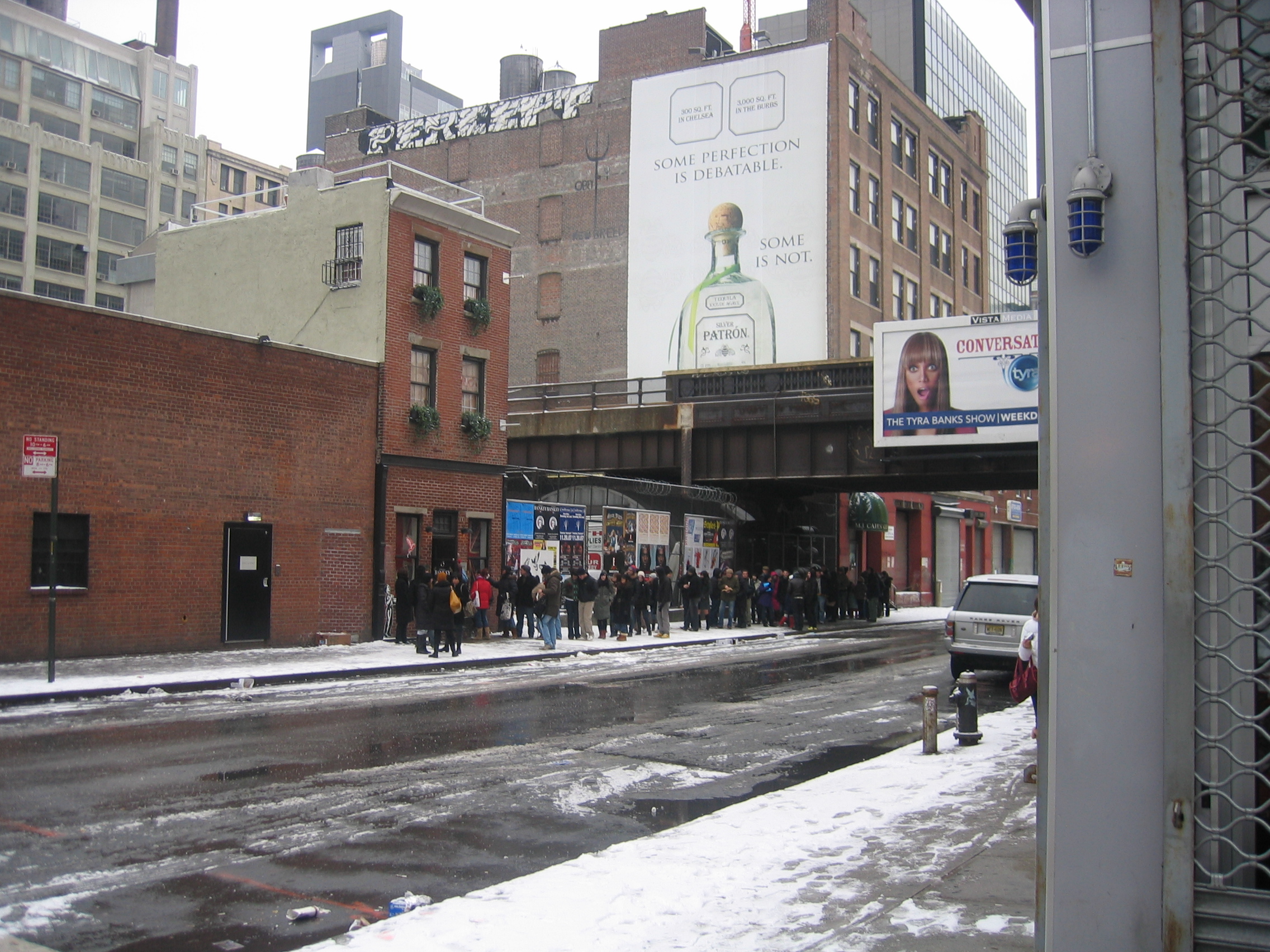 This entry was posted on Tuesday, December 4th, 2007 at 11:33 am and is filed under Art News. You can follow any responses to this entry through the RSS 2.0 feed. You can leave a response, or trackback from your own site.