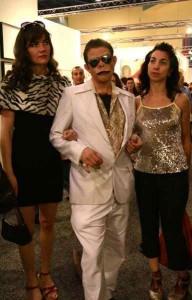 The Vernissage (Opening) of Art Basel caused a traffic jam inside and outside of the Convention center. Though it was supposedly restricted on VIPs and press, the fair was overflowing with characters, well-suited men and art divas. Truth be told, it was more spectacle than substance as it was difficult to appreciate any of the actual pieces or talk with the artists while people shoved and sashayed by. However, with 200 galleries represented, free-flowing champagne and high-heeled clientele, last night it lived up to its reputation as the “Art Costco for Billionaires,” as quoted by the New York Times last year. Here is a visual diary:
Spectators taking a breather amongst flowers. 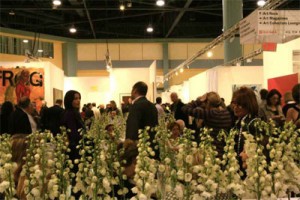 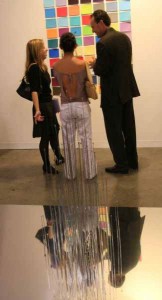 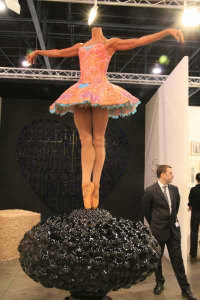 Spectators camouflaged amongst the art. 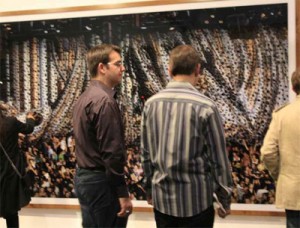 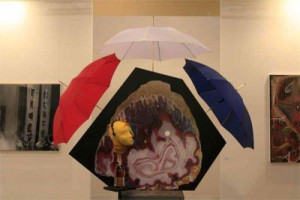 Regardless, some of the most titillating art candy tended to be the spectators. Case in point: a man in full cat make-up strutted around with full-tail flowing, along with two companions. No one knew who he was but mouths gapped regardless.

This entry was posted on Monday, December 10th, 2007 at 9:13 pm and is filed under Art News. You can follow any responses to this entry through the RSS 2.0 feed. You can leave a response, or trackback from your own site.