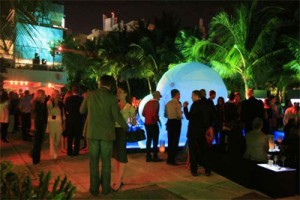 After the bustle of the opening Vernissage at Basel, attendees needed an infusion of energy. The Polo Ralph Lauren Party for the publication of RL’s newest photography book, sponsored by Interview Magazine, provided the perfect remedy: refreshing pear martinis. While Bruce Weber was a no show, Lance Armstrong stopped by to say hello.

Next, the party of the night was the Whitney Museum party at the Sagamore Hotel. The Sagamore is the place for the young, hip of the art world; For Basel, it recently debuted on its stark white walls the famed, salacious nude photos of Spencer Tunick. However, by the action remained outside, where hundreds of art aficionados traipsed down the well-manicured garden path, past plush coaches with art films flickering black and white photos, to the blue-lit pool, where large, blow-up beach balls floated delicately in the glistening water. 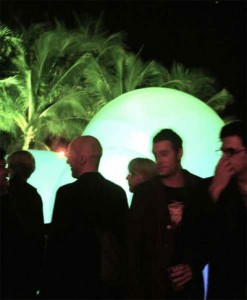 Down the street at the Delano, another pool party was unfolding, where street art met water. As the crowd circled and sipped, a graffiti artist amused guests by drawing on the spot in the middle of the pool, as the DJs unleashed techno and dance grinds. A luxurious fusion of performance art and artful performances. 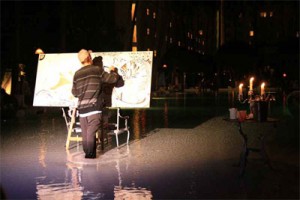 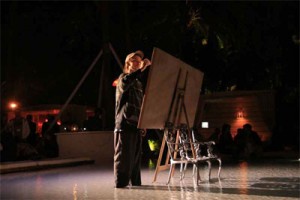 A muse looking on. 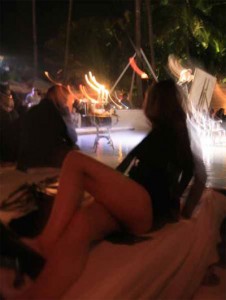 This entry was posted on Tuesday, December 11th, 2007 at 4:51 pm and is filed under Art News. You can follow any responses to this entry through the RSS 2.0 feed. You can leave a response, or trackback from your own site.