The Philosophy of Andy Warhol (From A to B and Back Again)
(Andy Warhol, 1977)
Read More and Buy↠
Home » What’s Happening at Interview Magazine and Art in America?

What’s Happening at Interview Magazine and Art in America? 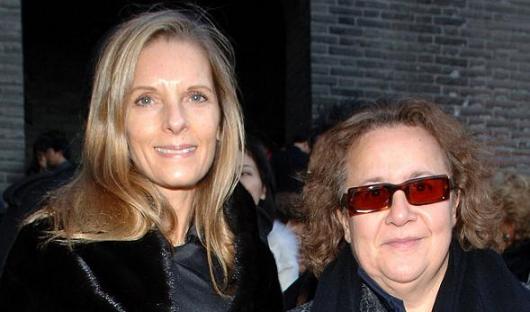 On January 23, Ingrid Sischy announced her resignation as editor-in-chief of Interview Magazine after 18 years at the helm.

Her decision came about after Sandra Brant, CEO and Publisher of Brant Publications which publishes Interview Magazine as well as Art in America sold her 50% share to her ex-husband Peter Brant who had been co-owner.

In a press release sent out by Sischy’s spokesperson Sischy writes that “With Sandra Brant’s decision to sell her interest in Brant Publications, it is only appropriate that I resign at this time. Sandy and I have worked together as a team, and that has been a huge part of the fun of it.”

Interview Magazine, conceived by Andy Warhol and Gerard Melanga in 1969, has maintained its place as a leading authority on pop culture, fashion and art over the decades. When Andy Warhol died in 1987 the magazine had seemed in danger of losing its rank. Ingrid Sischy was recruited shortly after Warhol’s death and is largely credited with the magazine’s remarkable growth in ad revenue and circulation, and its still continued success.

This week Interview named Glenn O’Brien and Fabien Baron as its new joint editorial directors. O’Brien had worked at Interview during the Warhol years and more recently has been a writer and editor for New York Magazine. Fabien Baron was recently the creative director of French Vogue. The team will also oversee two other Brant Publications, Art in America and The Magazine Antiques.

According to the New York Times, O’Brien claims that all three magazines will expand their internet presence and try to appeal to a younger generation. He also said that Interview will especially undergo changes in hopes to become “more international and artistic — and definitely funnier.” 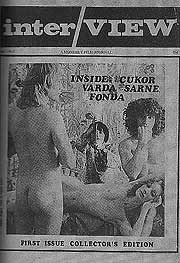 Cover of first issue of Interview via Warhol Stars

This entry was posted on Tuesday, January 29th, 2008 at 9:51 am and is filed under Art News. You can follow any responses to this entry through the RSS 2.0 feed. You can leave a response, or trackback from your own site.

3 Responses to “What’s Happening at Interview Magazine and Art in America?”