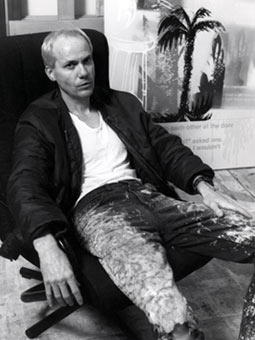 The Guardian UK reports that Richard Prince recently sold the rights to his film concept to an unnamed buyer.

Picture the End of the World – [Guardian UK]

Inspired by his trips to St. Barthelemy in the Caribbean, the story is described as a survivalist tale akin to Lost or Lord of the Flies.  Prince is quoted as liking “the idea of privilege turned on its head” and “when it comes to the fight for survival, clean water becomes more important than money”.

This entry was posted on Friday, March 28th, 2008 at 3:11 pm and is filed under Art News. You can follow any responses to this entry through the RSS 2.0 feed. You can leave a response, or trackback from your own site.