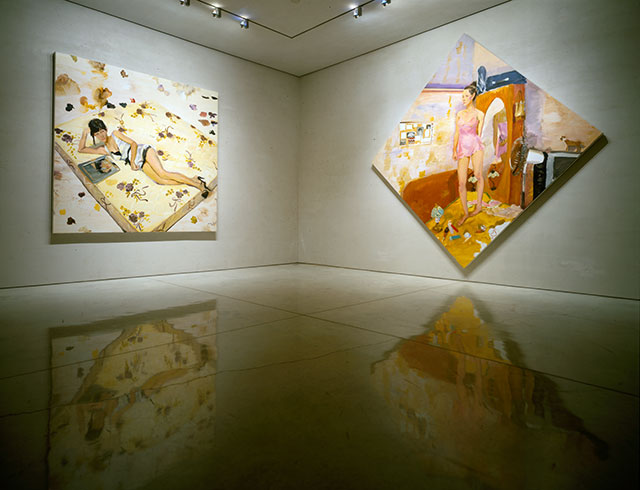 Mary Boone Gallery hosts from March 6 until April 29, a new exhibition of the Chinese artist Liu Xiaodong. The exhibition features new paintings such as two monumental landscape paintings: “Qinghai-Tibet Railway” which is a five-panel panorama painted and “Sky Burial.” Liu Xiaodong is considered as one China’s “new generation” of figurative painting. The artist studied at the prestigious Central Academy of Fine Arts in Beijing.

This will be the artist’s first New York’s exhibition. An illustrated catalogue with an essay and interview of the artist will be available at the gallery.


This entry was posted on Friday, April 4th, 2008 at 5:08 pm and is filed under Art News. You can follow any responses to this entry through the RSS 2.0 feed. You can leave a response, or trackback from your own site.