Murakami keeping it surreal in Brooklyn 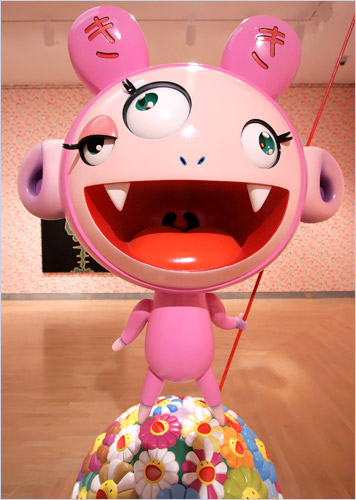 “©Murakami,” a retrospective of 16 years of Takashi Murakami’s art, had a star-studded opening at the Brooklyn Museum of Art this Friday, after a strong showing on the West Coast.

Kanye West performed for a crowd that included John MacEnroe, Marc Jacobs, Kristin Davis, and of course, Mr. Murakami himself, who has ninety works of art on display at the museum–and another (very large) sculpture at 590 Madison Avenue. The pieces run the gamut from animated shorts, to sculpture, to larger than life cutesy yet nightmarish paintings. 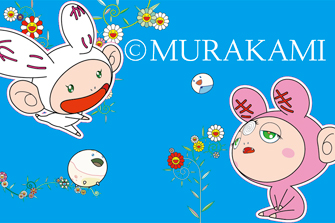 Murakami also has faux Louis Vuitton merchandise on display, complementing the real Vuitton mini-boutique which is on the museum’s premises, featuring some of the artist’s collaborations with the iconic brand. The show’s next stops will be at the Guggenheim Bilbao, followed by Frankfurt’s Museum fur Modern Kunste. 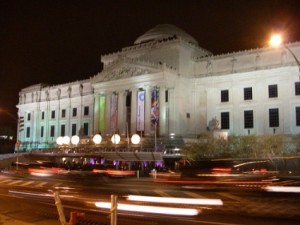 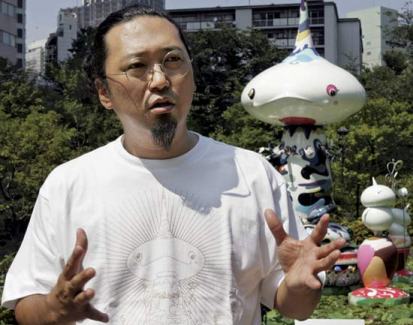 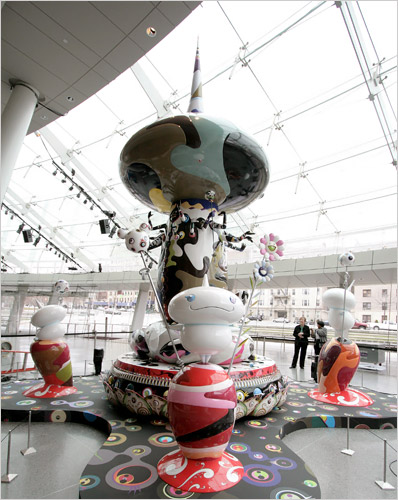 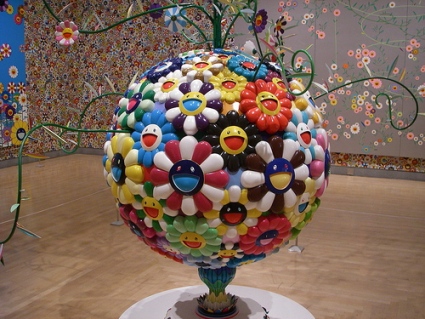 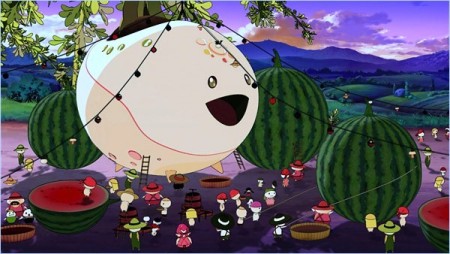 Louis Vuitton’s shop at the Brooklyn Musem via Supertouch Blog 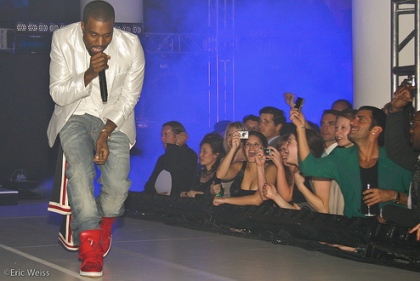 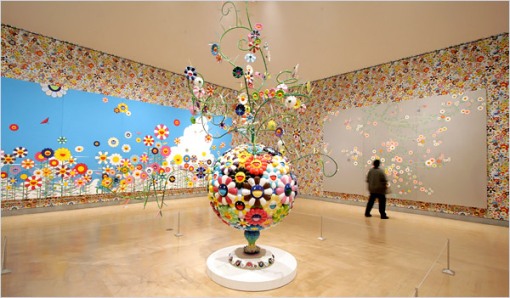 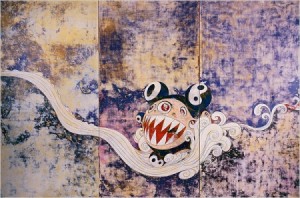 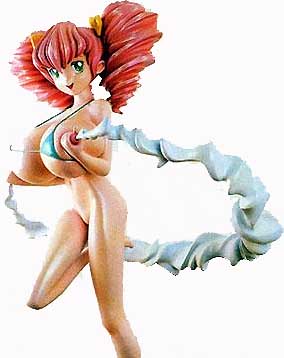 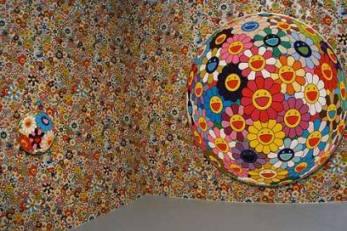 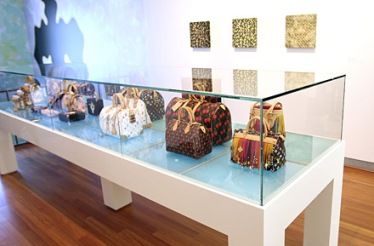 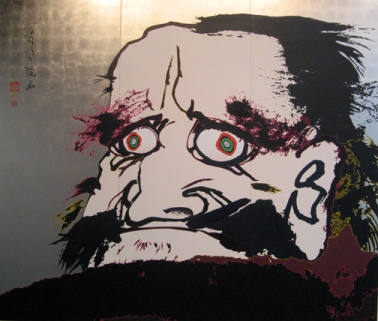 This entry was posted on Monday, April 7th, 2008 at 3:44 pm and is filed under Art News. You can follow any responses to this entry through the RSS 2.0 feed. You can leave a response, or trackback from your own site.

2 Responses to “Murakami keeping it surreal in Brooklyn”