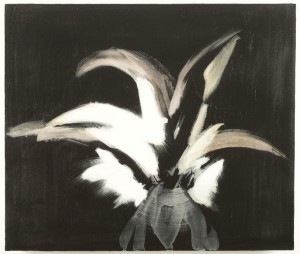 On Monday April 7, Marc Jancou Gallery featured a Benefit for Gallerist Vanina Holasek to raise funds for her battle against cancer. More than 500, including art world figures and other notables attended the event.

A very aggressive word of mouth and print promotion brought a high level of participation at the live and silent auction (the silent auction started before the event and is still running at the gallery). The event was promoted by articles in Bloomberg, Artforum as well as the website, holasekbenefit.com by Jancou and art world media company exhibit-e.

The live auction started at 7:45 and had to be moved due to the crowd. Among the 30 works at the live auction, most sold, with prices ranging from $4,000 to $30,000. Bids came from New York, London and Brussels remotely. Marc Jancou said of the event: “it was an extraodinary turn-out, with wonderful energy, a lot of optimism and overall a great success.”

This entry was posted on Wednesday, April 9th, 2008 at 2:05 pm and is filed under Art News. You can follow any responses to this entry through the RSS 2.0 feed. You can leave a response, or trackback from your own site.