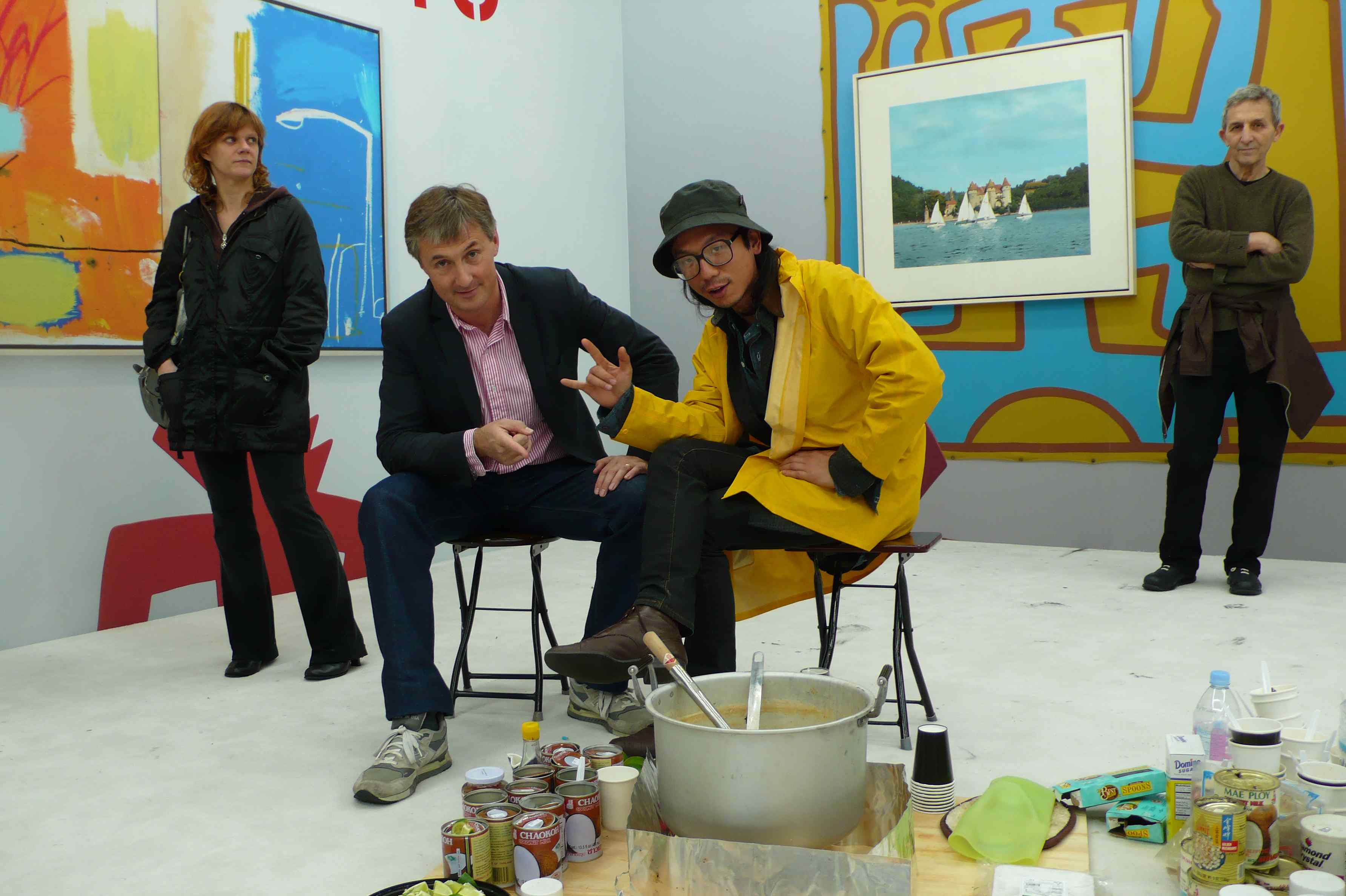 “Who’s Afraid of Jasper Johns?”, a show conceived by Urs Fischer & Gavin Brown, opened Friday night at Tony Shafrazi Gallery in New York. An outpouring of support from the community poured into the Chelsea gallery. Heavy rain could not keep Mr. Shafrazi’s friends, clients, and fans from flooding to fete his latest feat. 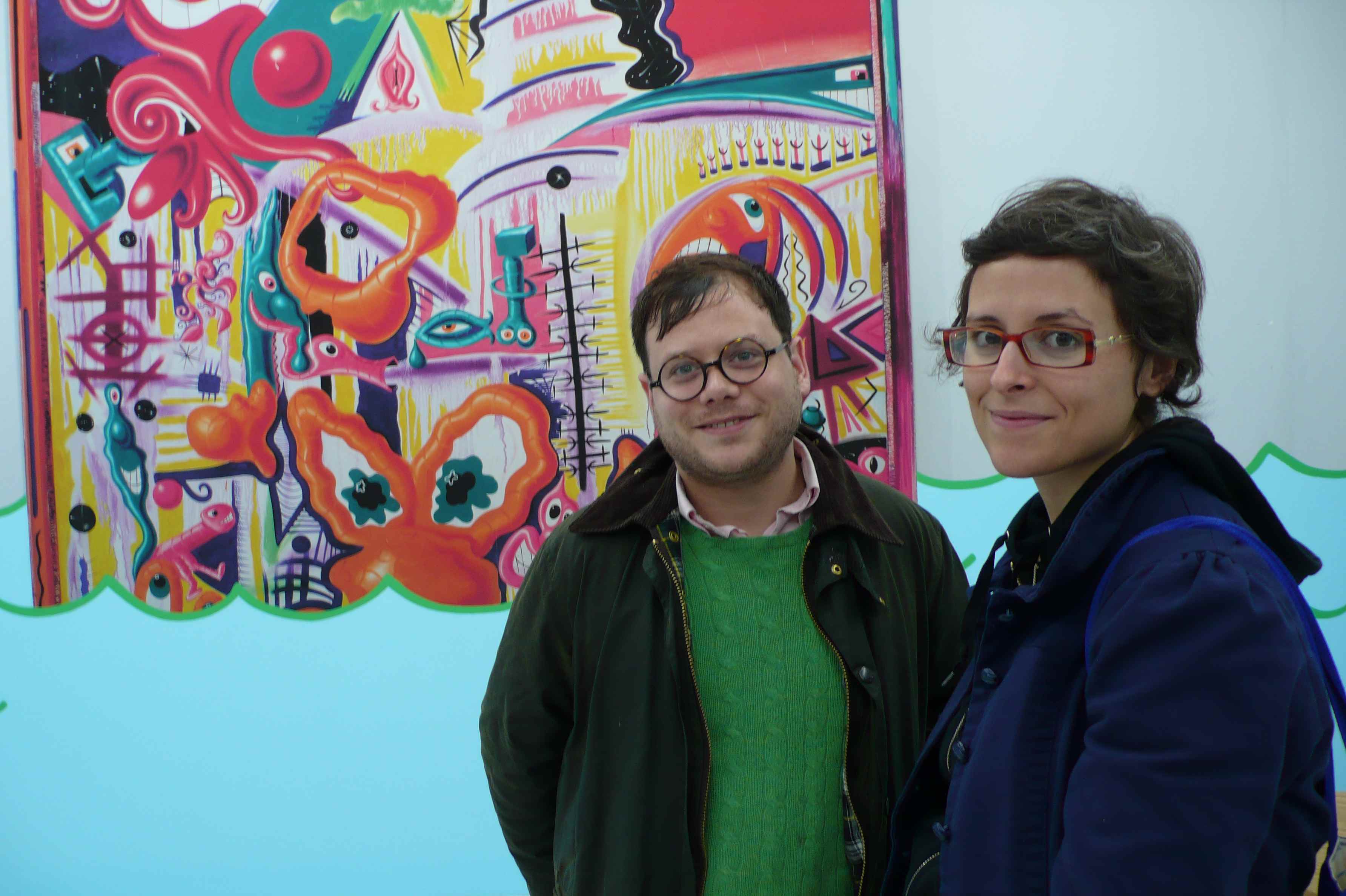 Rod Pruitt’s “Viagra Falls”, greeted patrons as they climbed the sloping staircase to the gallery. Inside, Gallery Assistants and Security Guards alike have had their likeness emblazoned upon the gallery’s white walls as a whimsical accompaniment to the striking canvases and sculpture on display. 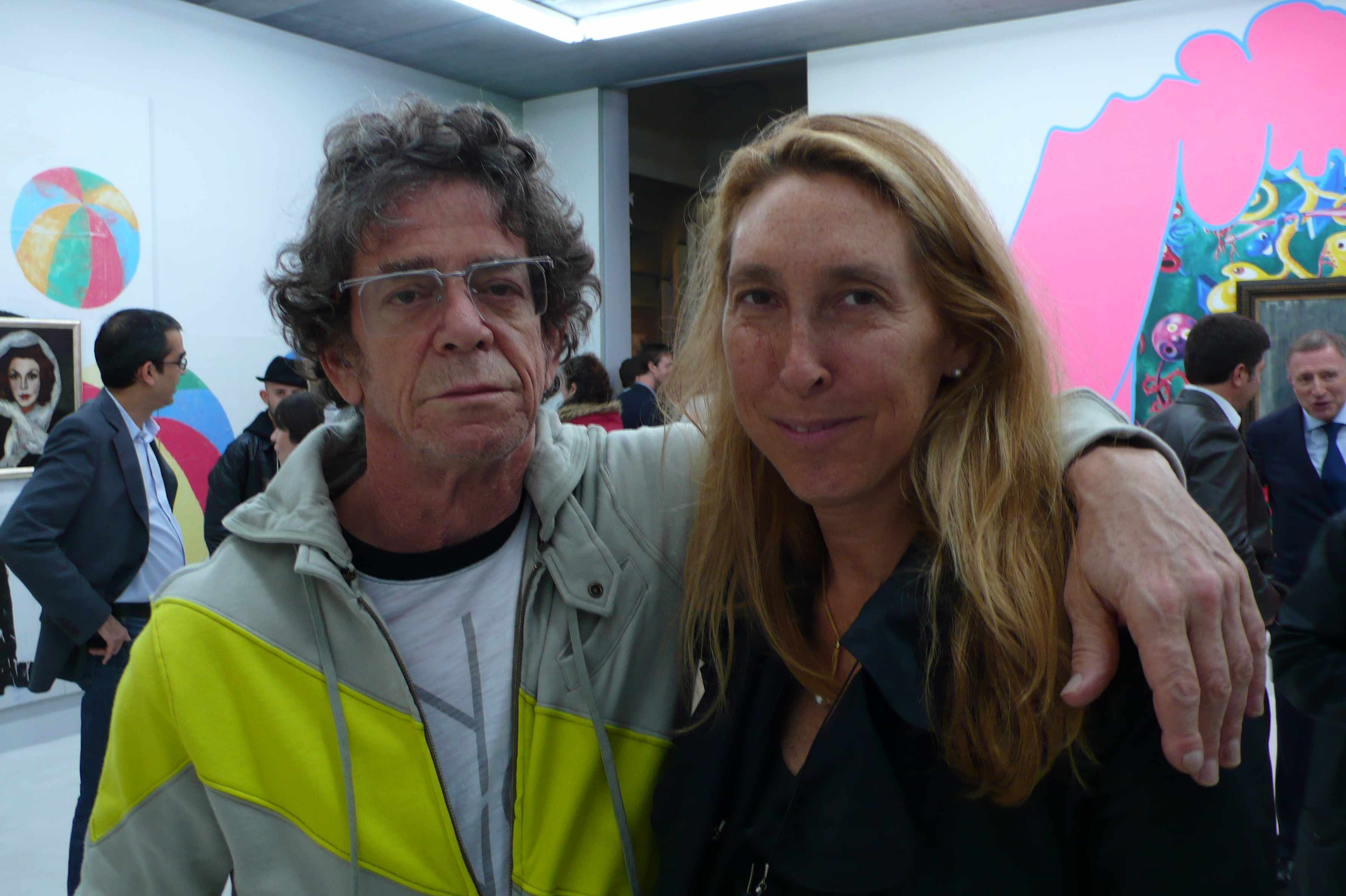 Fellow gallery owners, artists, thespians, athletes, collectors, musicians and socialites shared in friendly rainy evening banter and a suspicious-looking potage that was set up picnic-style on the otherwise pristine floors. Tony Shafrazi, Gavin Brown, Rod Pruitt and other affiliated artists were in attendance to socialize with well-wishers and greet a pleasing variety of guests. A black and white photo of Shafrazi in handcuffs following his arrest at MoMA in 1974 served as the opening’s invitation and poster-sized takeaway. The current exhibition features work by Keith Haring, Rirkrit Tiravanija (photo below), and photographs by Urs Fischer, superimposed on the new pieces on display. The overwhelming theme of the show was a celebration of thoughtful juxtapositions as they play out in history. Shafrazi’s spray-painting of the words “KILL LIES ALL” onto Picasso’s Guernica provided both a shining example and curatorial inspiration. 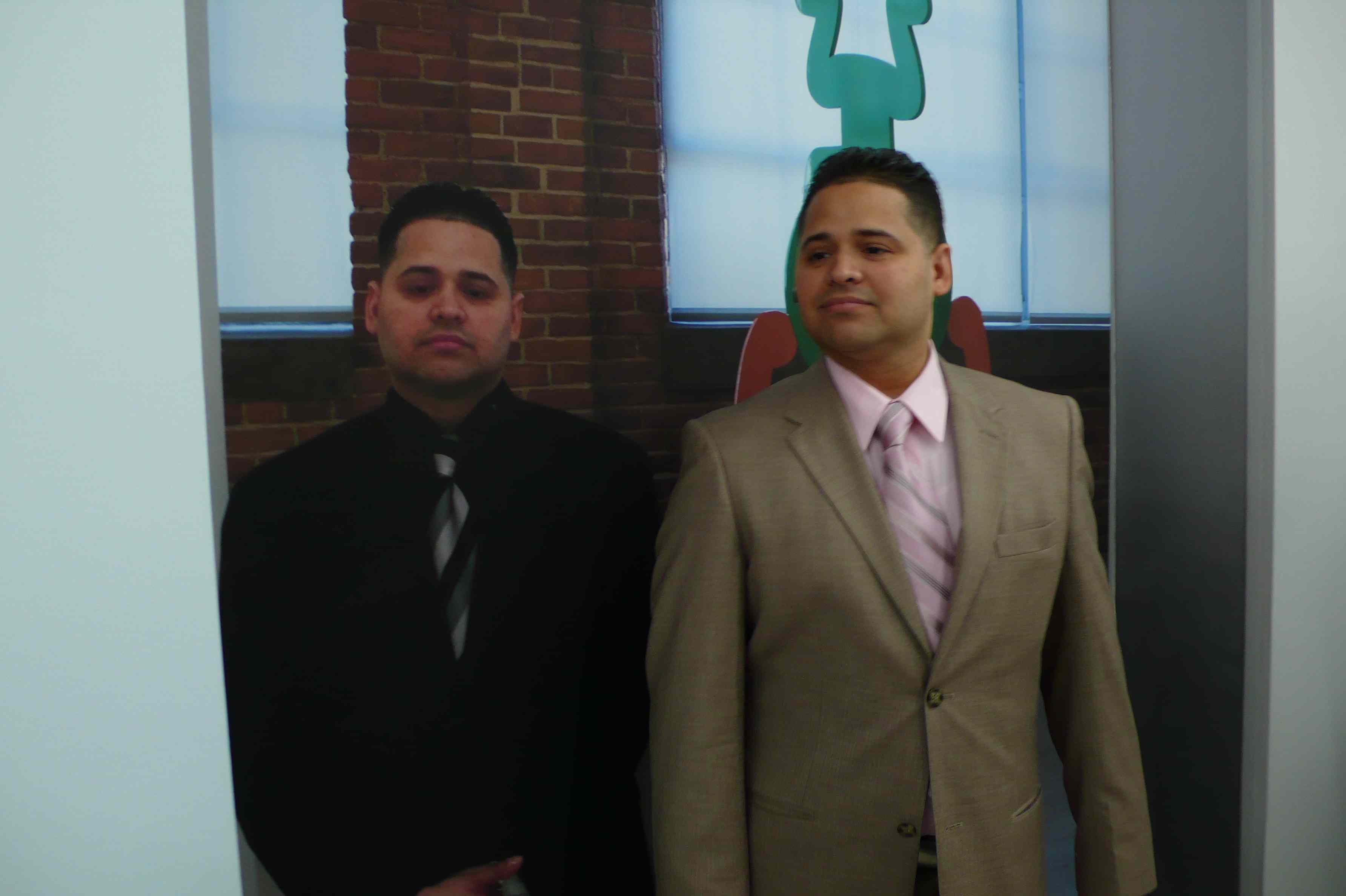 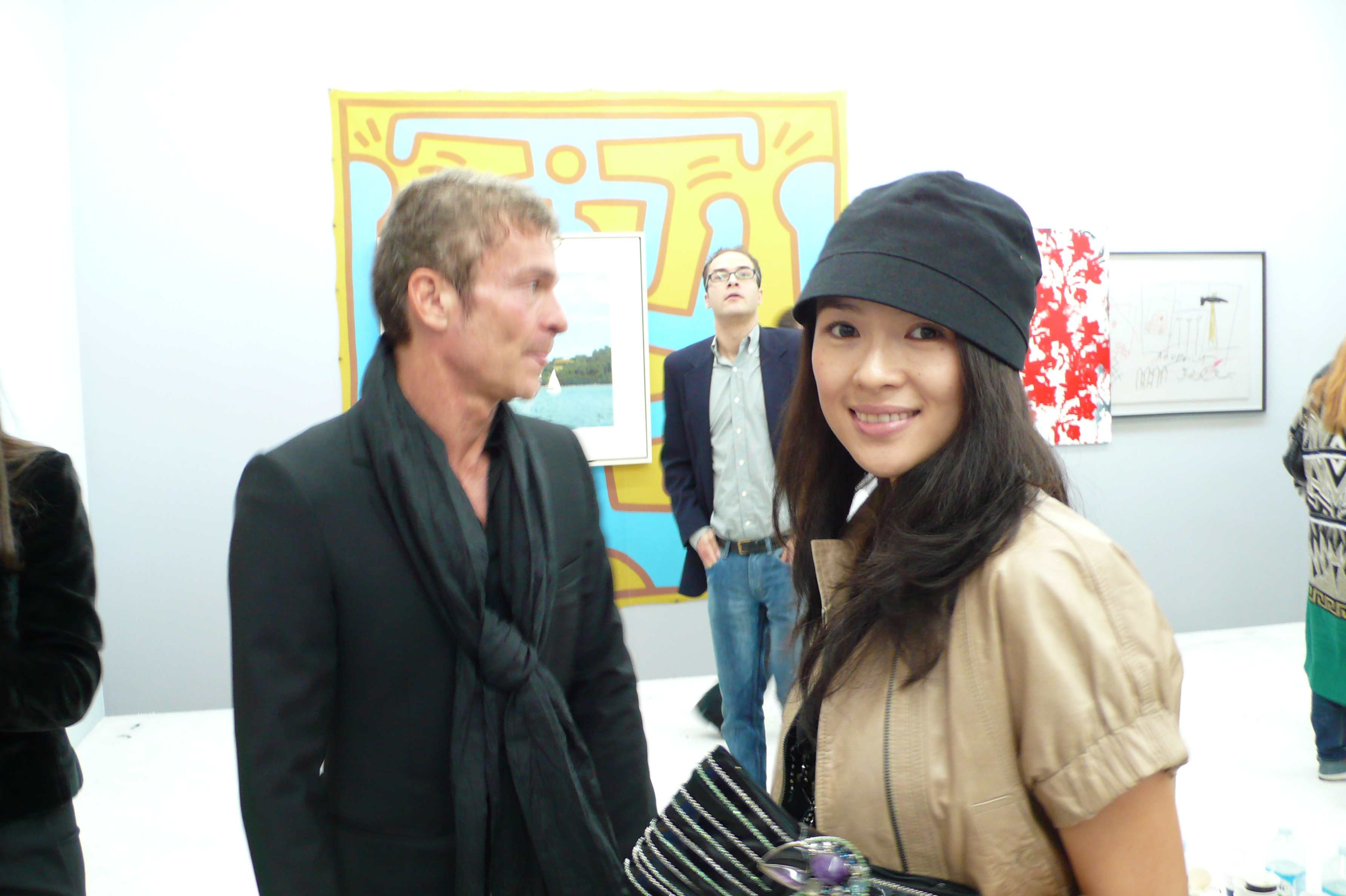 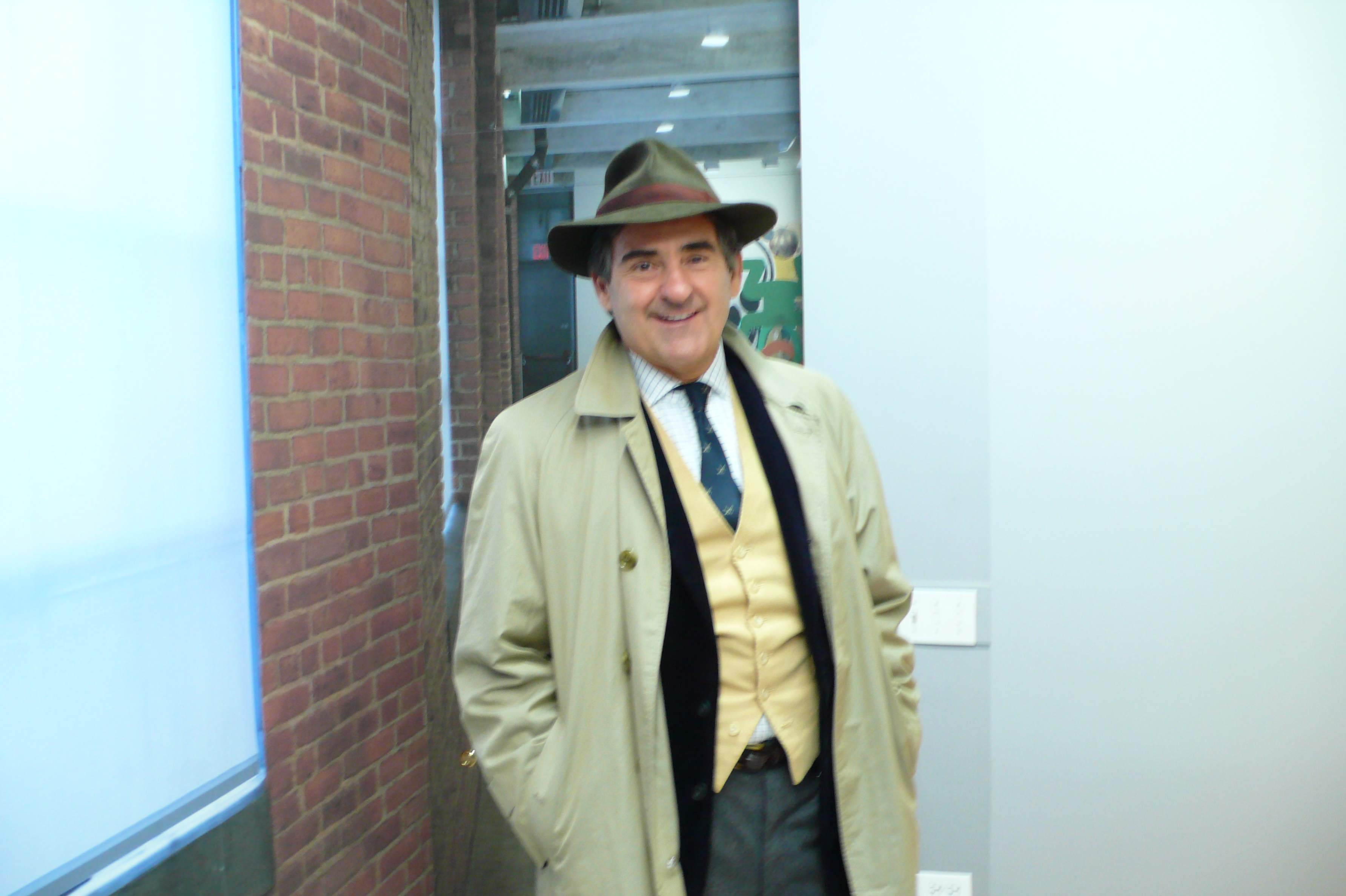 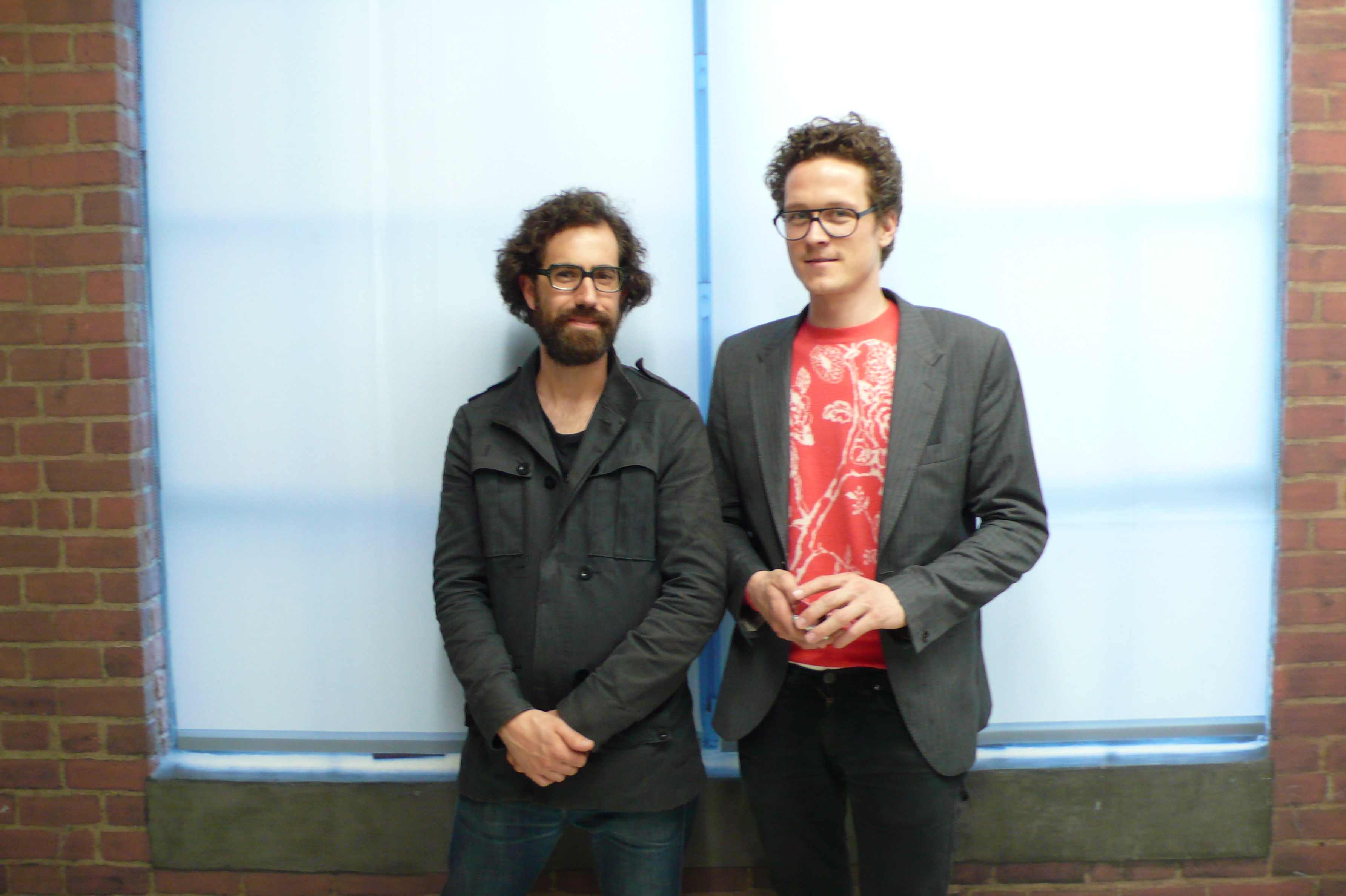 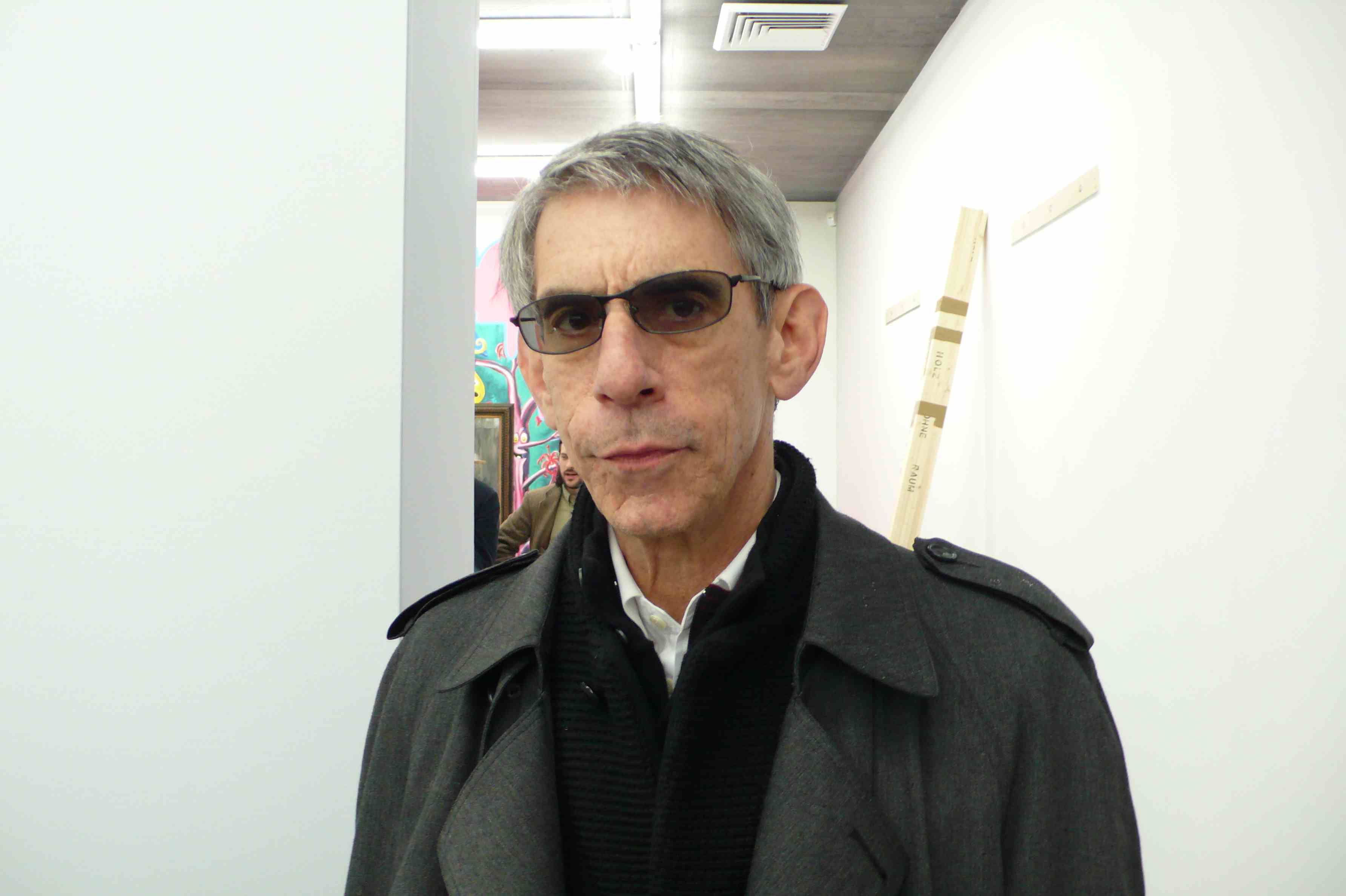 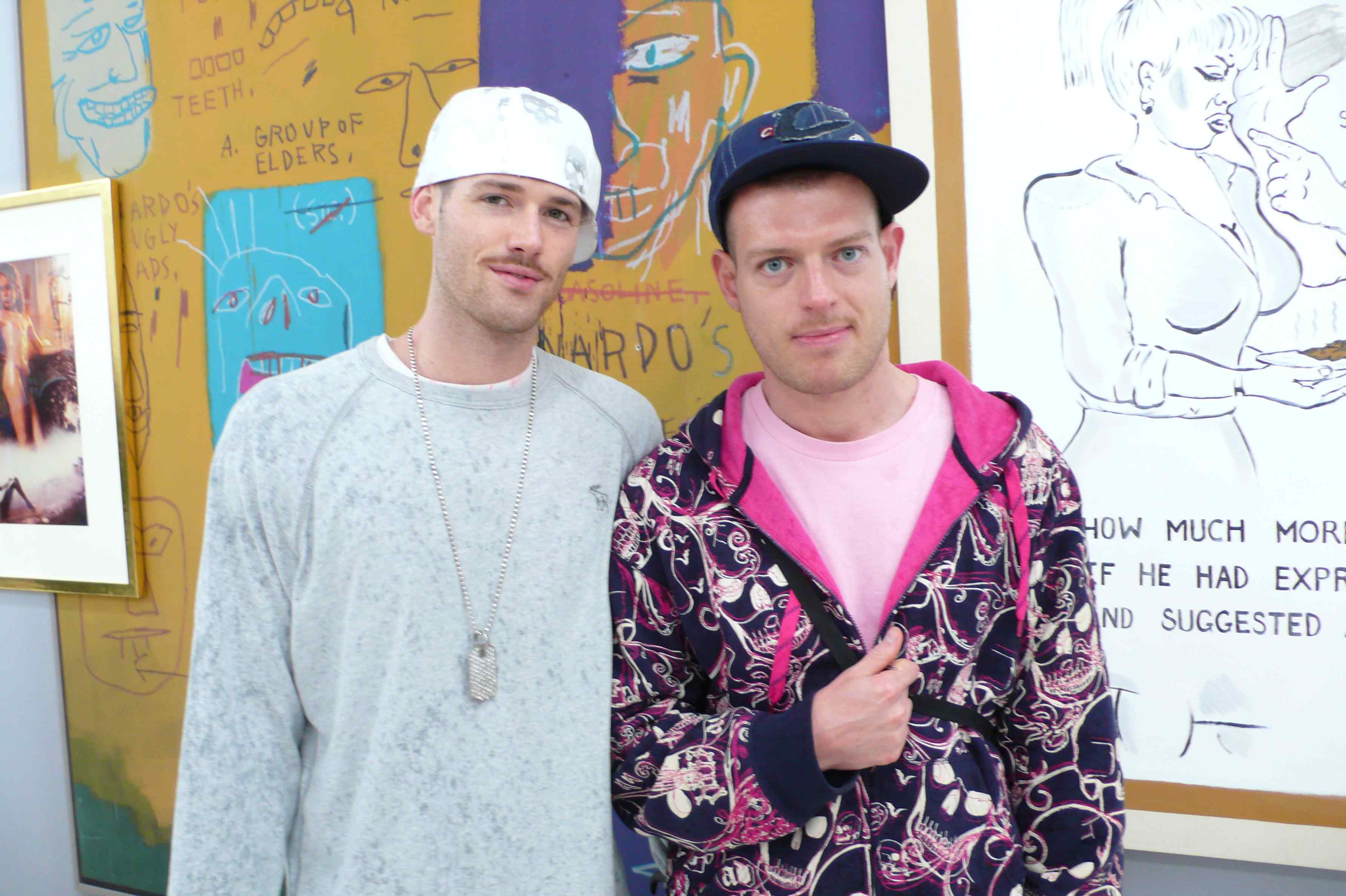 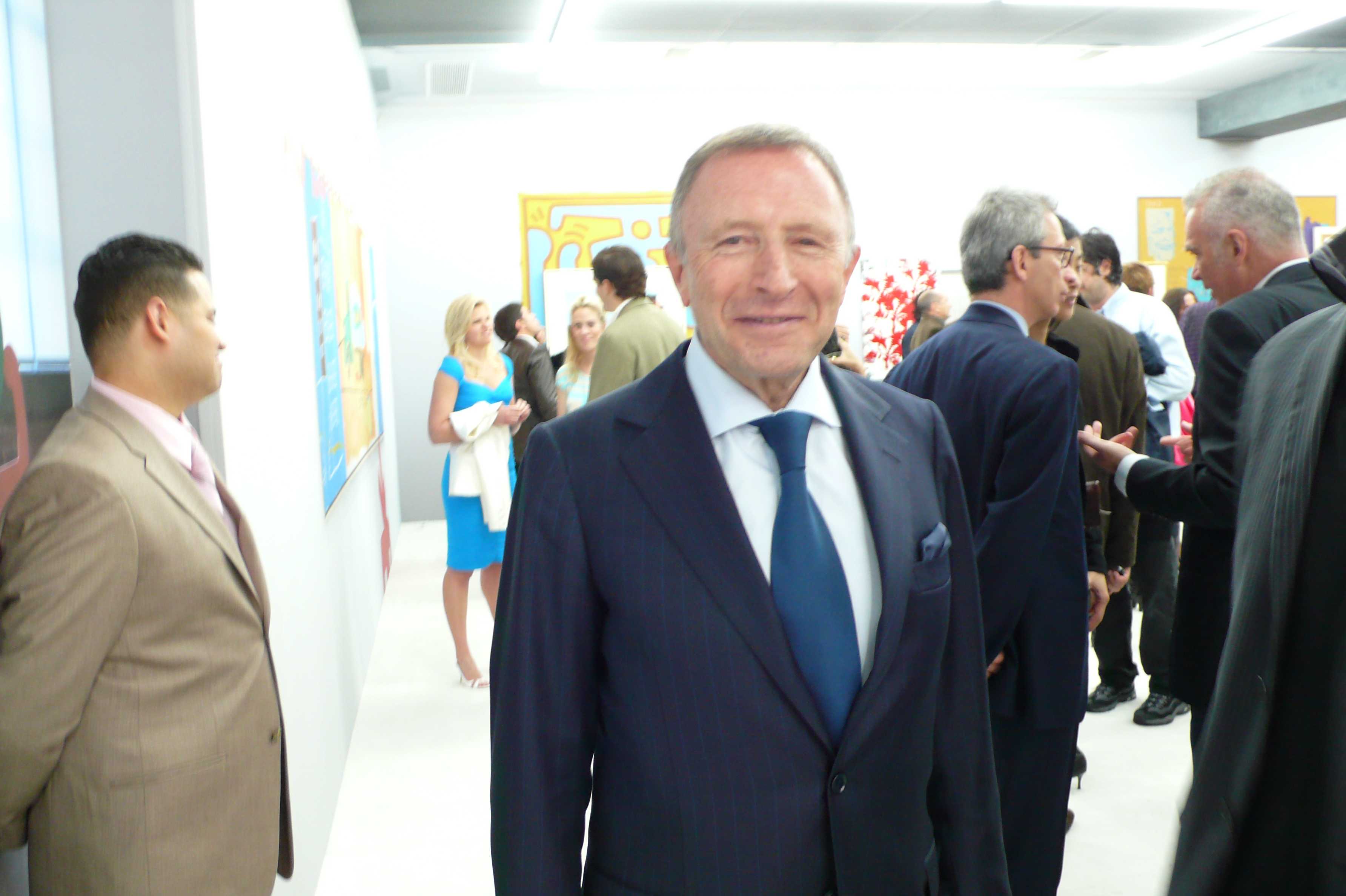 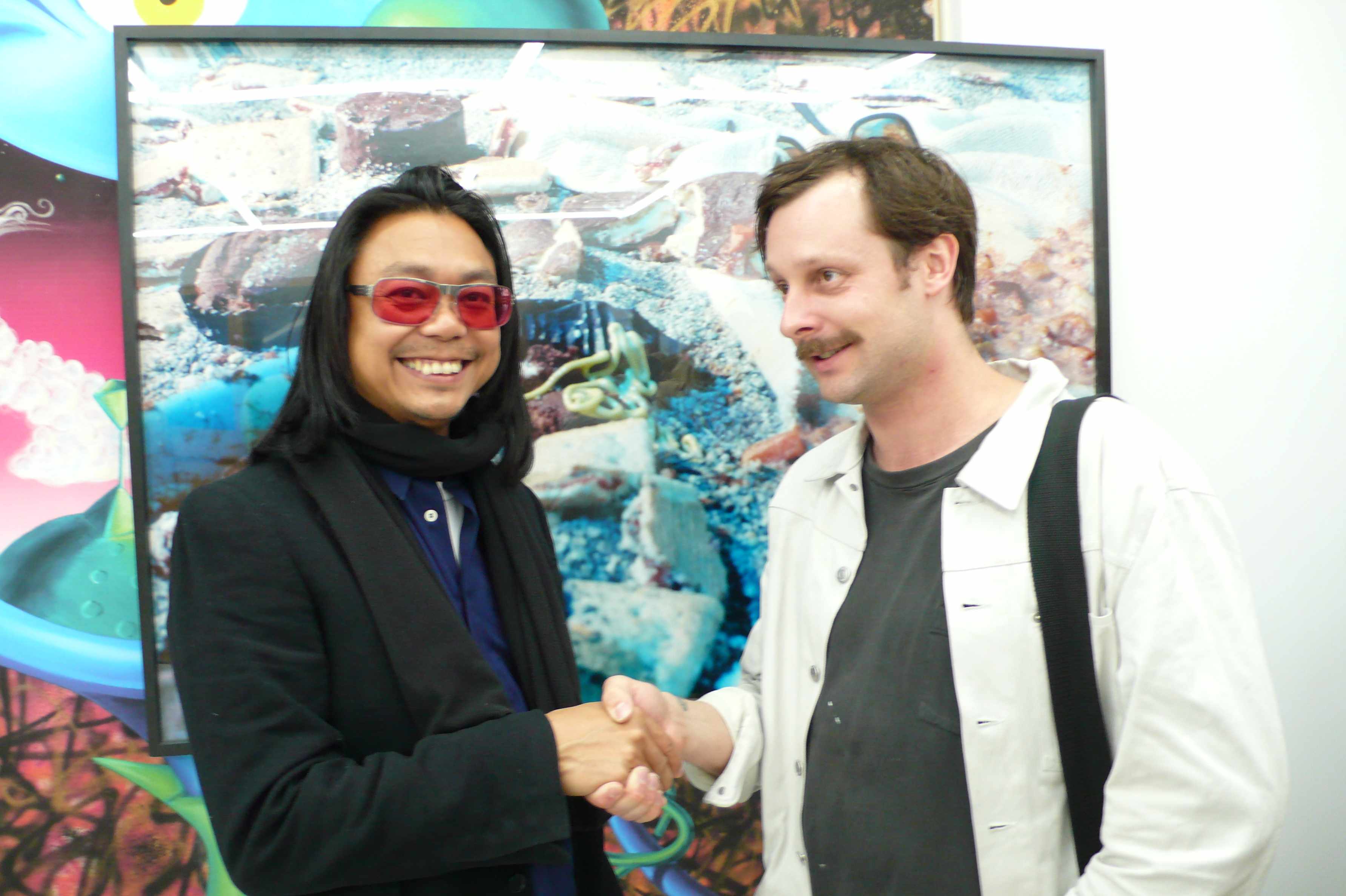 Rikrit and Leigh get friendly via Art Observed 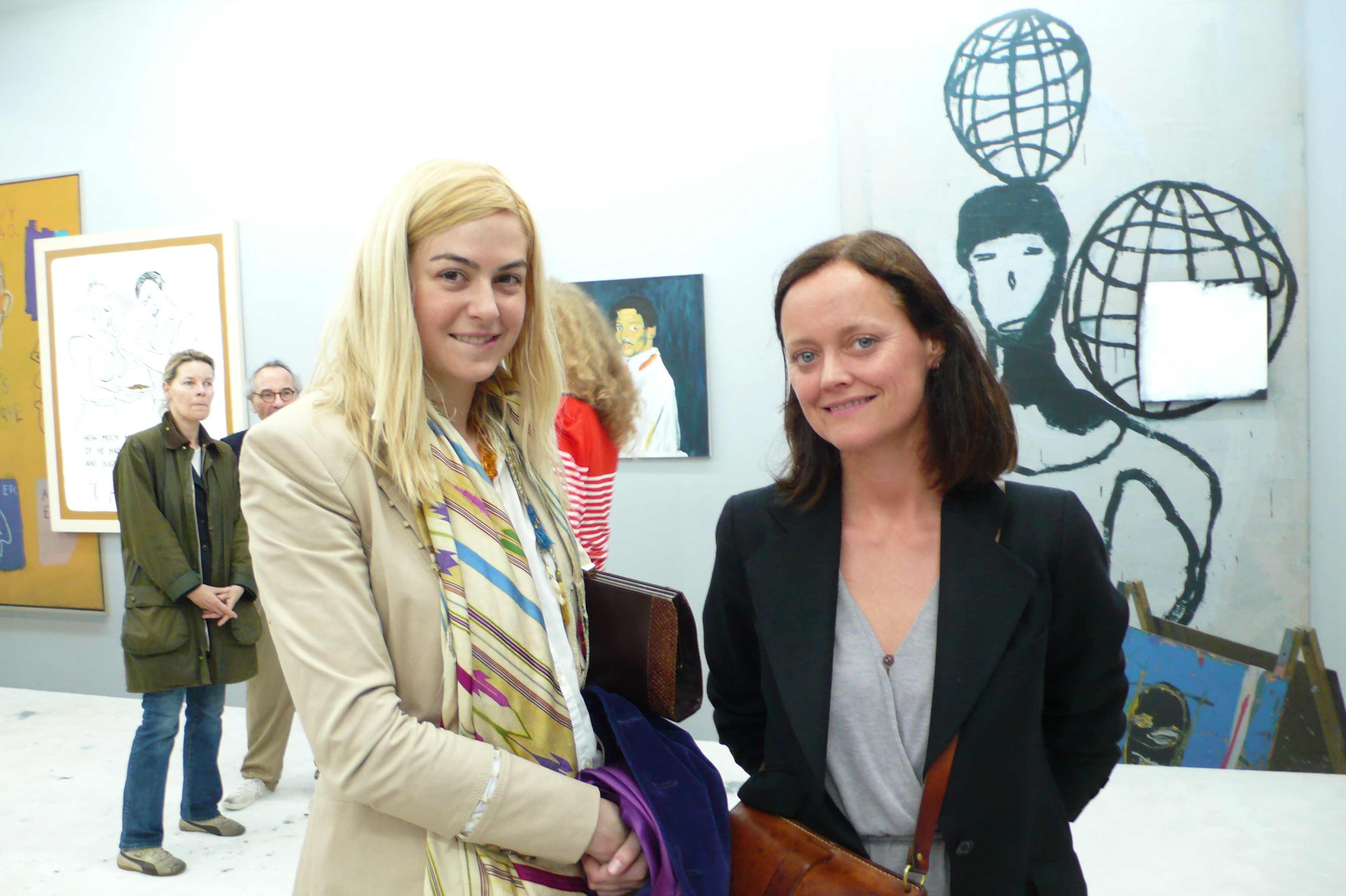 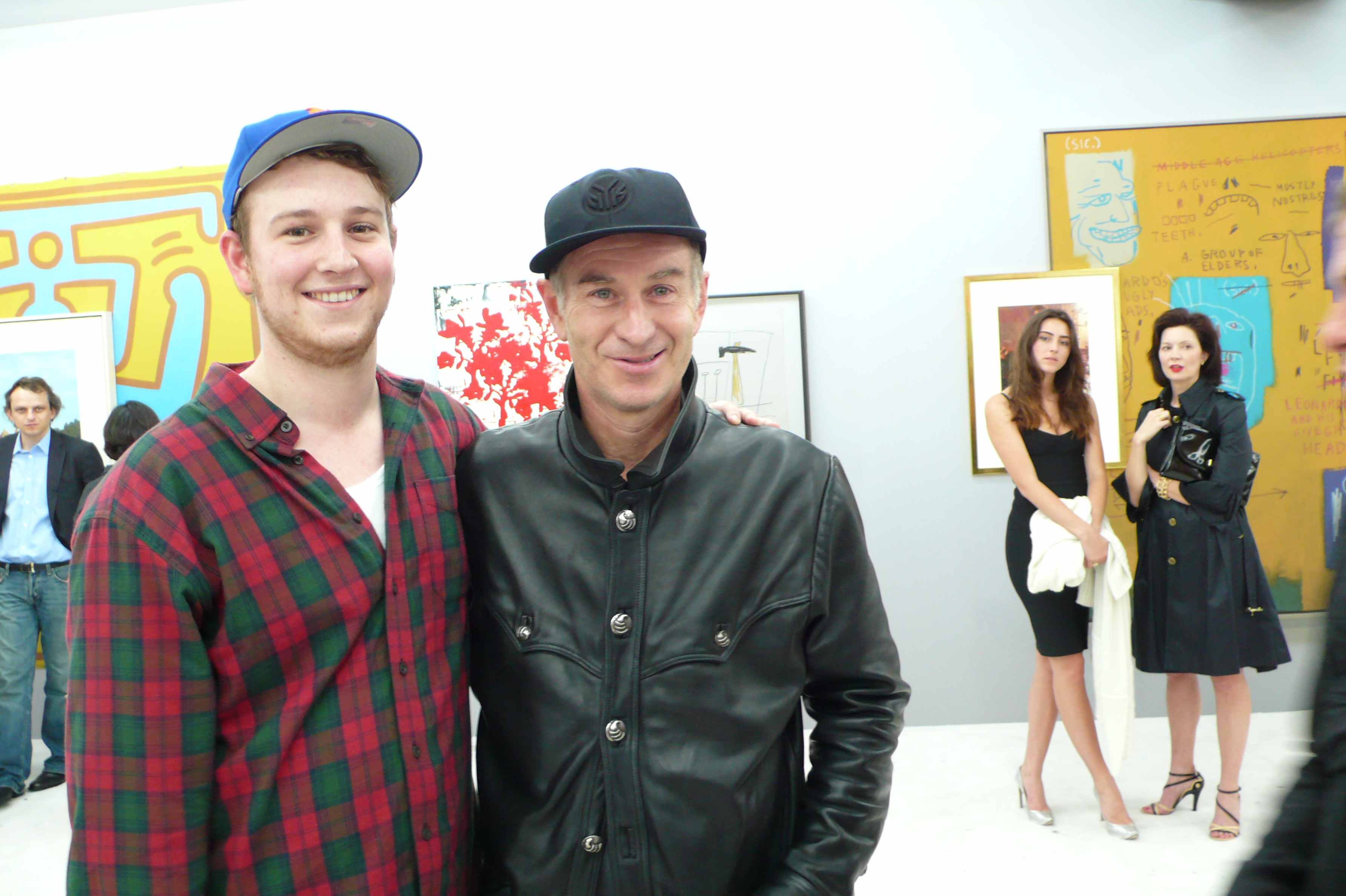 The handsome John and Kevin McEnroe via Art Observed 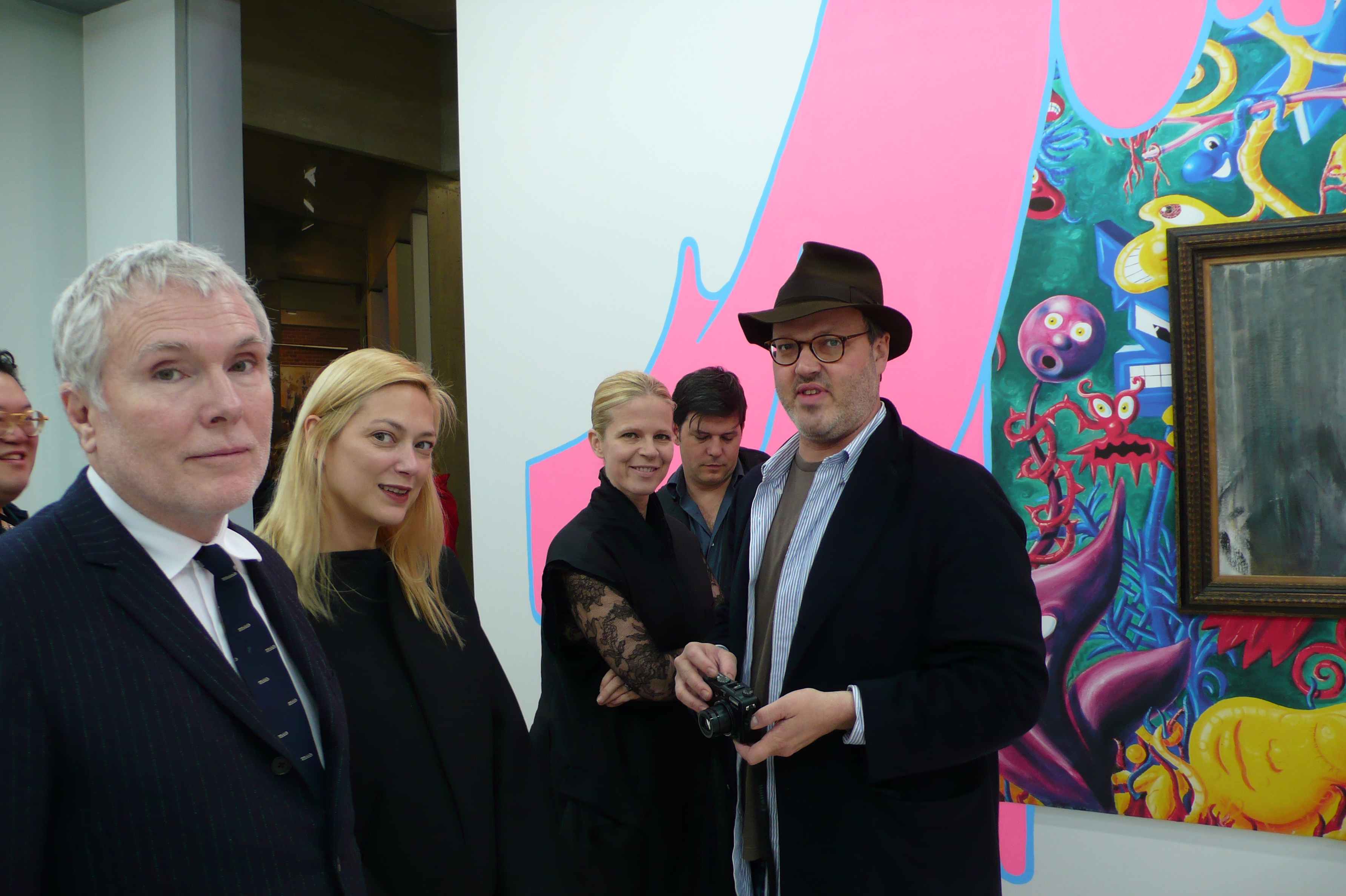 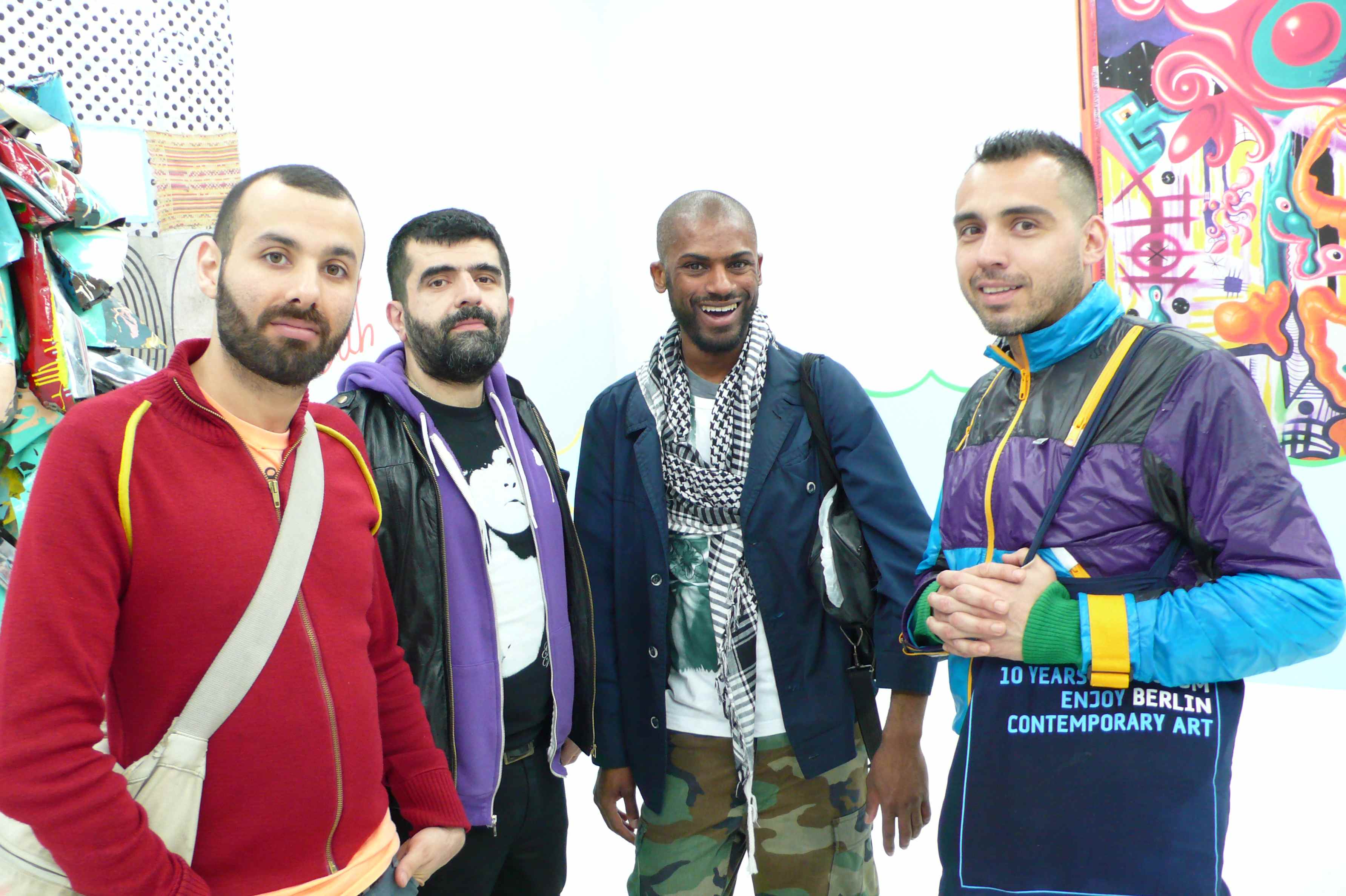 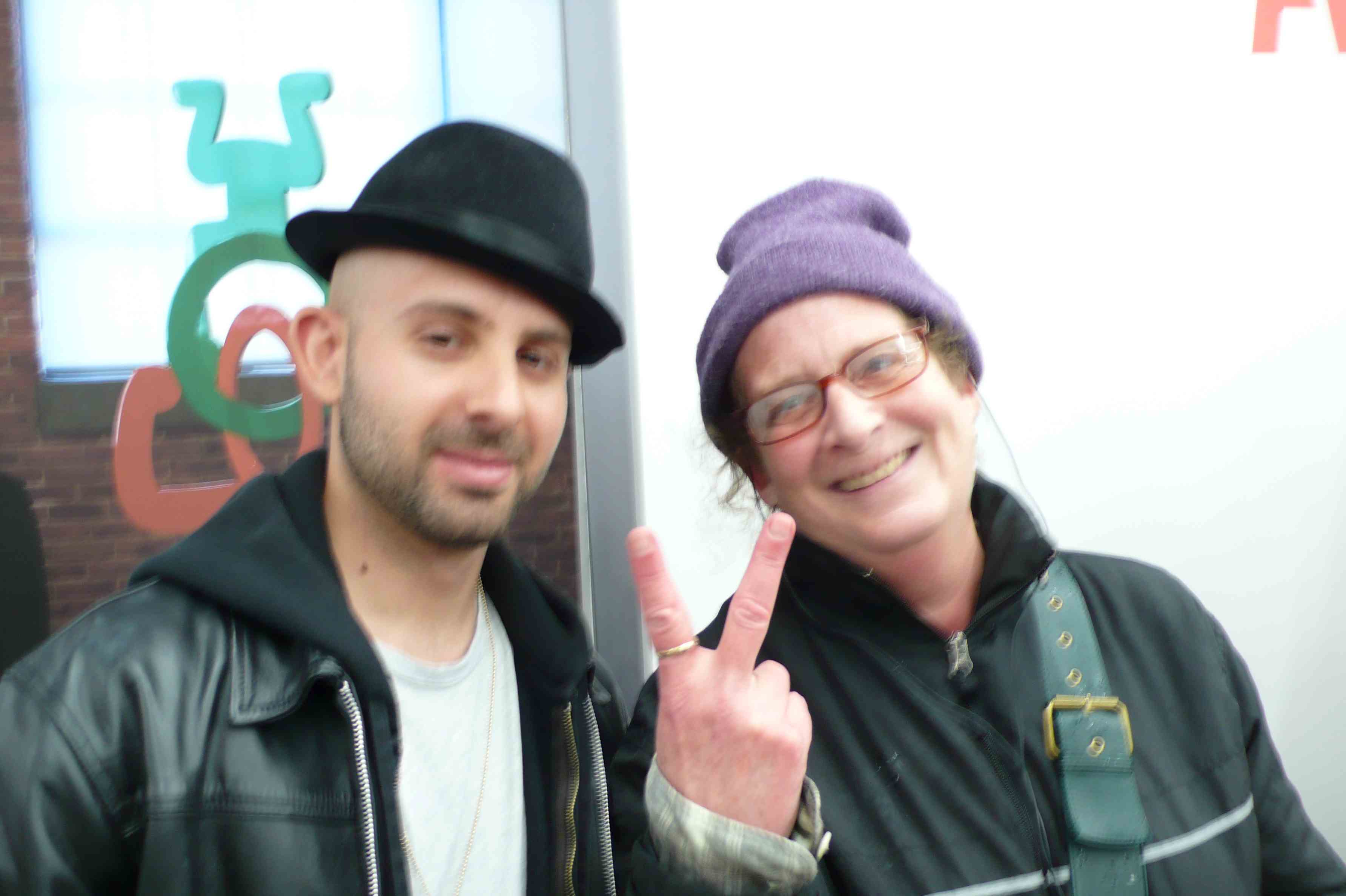 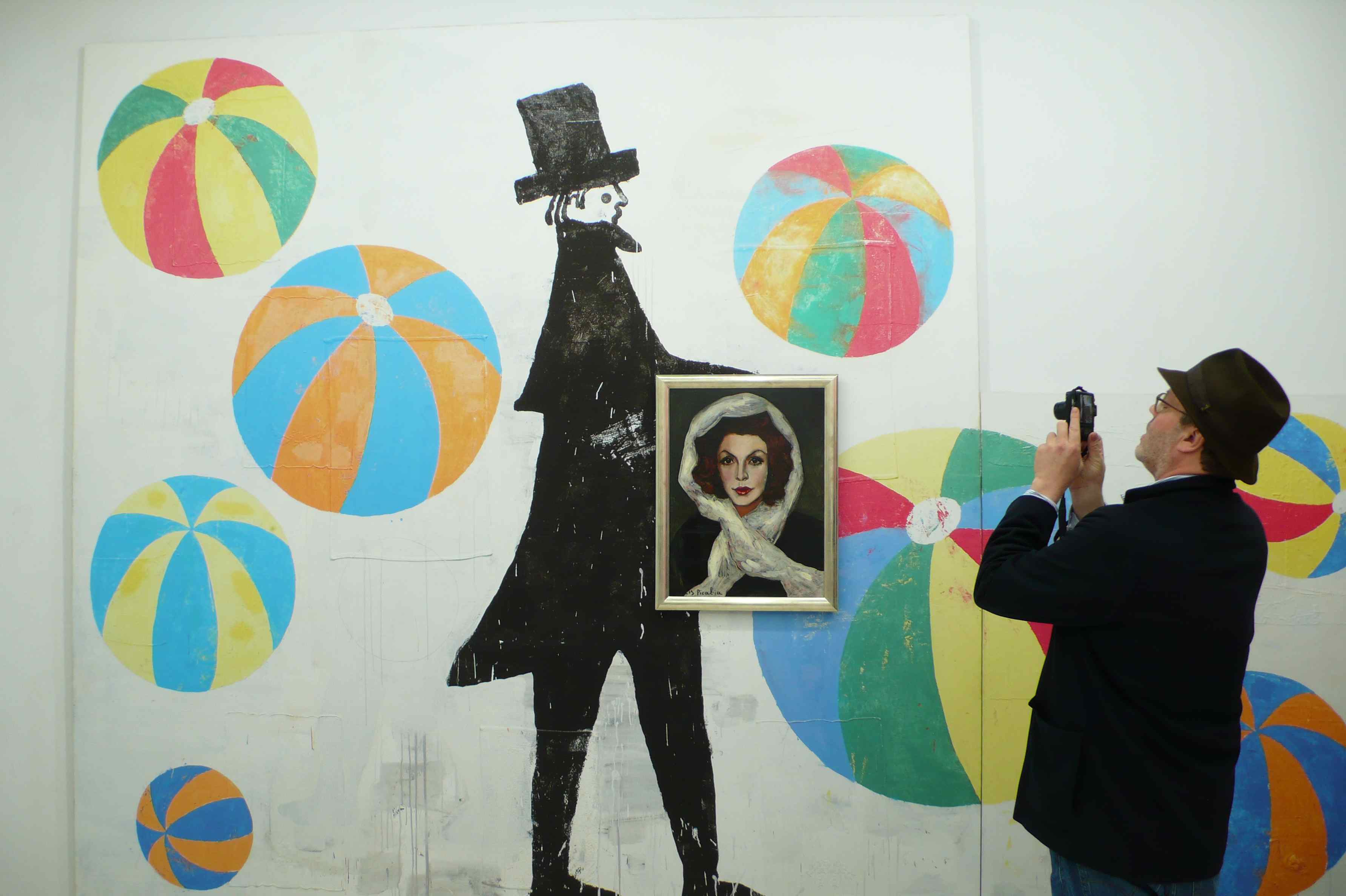 Writing in the journal Headache, J.A. Klapper and colleagues at the Colorado Neurology and Headache Center in Denver described the results of their Internet-based survey of cluster headache patients.

“Previous cluster headache surveys have been at specialty centers,” explained Klapper et al. “These patients might be different from cluster headache sufferers in the general population.” While almost nine out of 10 of the survey respondents could be diagnosed with cluster headaches by International Headache Society criteria, this diagnosis was not made correctly for an average of more than six years and four doctors, the researchers reported (“The misdiagnosis of cluster headache: A nonclinic, population-based, Internet survey,” Headache, 2000;40(9):730-735). site deviated septum surgery

Unnecessary – and expensive – magnetic resonance or computed tomography scans were performed on more than 70% of the respondents, study data showed. Many respondents had been prescribed ineffective medication while being denied access to medicine such as sumatriptan that could have relieved their symptoms.

In addition, 4% of patients responding to the researchers’ survey even reported having unnecessary sinus or deviated septum surgery in an attempt to reduce their headache pain.

“The most alarming finding was the delay in diagnosing cluster headache in this population – an average of 6.6 years,” wrote Klapper et al. “Using International Headache Society criteria for cluster headache, 87% of the respondents should have been correctly diagnosed by the first physician seen.” The corresponding author for this report is J.A. Klapper, Colorado Neurology and Headache Center, 1155 E. 18th Avenue, Denver, CO 80218, USA.

Key points reported in this study include:

* Patients who suffer from cluster headaches often go misdiagnosed for years, suffering from increased medical costs and inappropriate medications * According to a Web-based survey of cluster headache patients, the average time until the correct diagnosis is made is over six years, and requires on average four doctors * Many patients underwent expensive and unnecessary imaging procedures, were prescribed ineffective medication, and in some cases even underwent unnecessary surgery

This entry was posted on Monday, May 12th, 2008 at 5:53 pm and is filed under Art News. You can follow any responses to this entry through the RSS 2.0 feed. You can leave a response, or trackback from your own site.