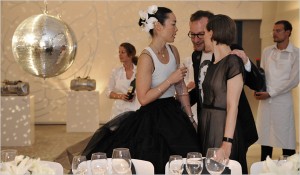 partying at the Art Basel via the New York Times

The 39th Annual Art Basel, visited by 60,000 guests over the course of the fair, proved to be a very successful showcase of the world’s most famous artists. Basel, on the Rhine where Switzerland meets France and Germany, created a perfect setting for wealthy collectors, art enthusiasts, and 300 international exhibitors to network and indulge among the most stylish and cultured of the art world. 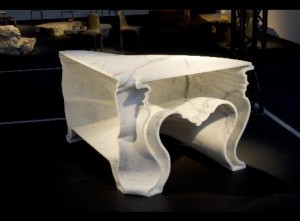 Among the more popular exhibits at Basel stood a once controversial Robert Gober sculpture of the Virgin Mary standing over a storm drain with a water pipe running through her waist. This piece was located at the Emanuel Hoffman Foundation, founded in 1933 to present forward-looking art.  Ellsworth Kelly described it as “very mysterious and very confounding” while others found it to be deeply moving. 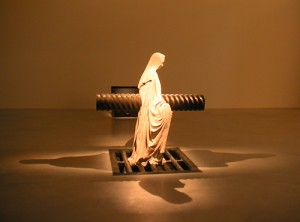 Despite a reported 20% to 50% decrease in American attendees to the fair in comparison to last year, Art Basel this year pulled through with the strong purchasing power of collectors from Russia, Europe, and the Middle East.  Many dealers were enthusiastic to have new clients from countries such as Poland, Turkey, India, and Malaysia to name a few of the countries sending buyers.

There was reported interest in the Art on Stage platform at the Theater Basel, where Elmgreen & Dragset’s performance Drama Queens was presented.  Professional Day on Friday enticed its target audience where 70 galleries staged special activities at their booths: solo shows of young artists, thematic exhibitions, book premieres, lectures, performances, and guided tours. 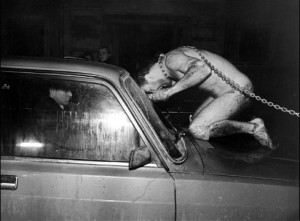 In all, Basel 39 proved to uphold the fair’s reputation as the “world’s premier art show.” It remains one of the best international meeting places for gallerists, collectors, dealers, and enthusiasts alike.

Health & Medicine Week November 10, 2008 According to a study from London, the United Kingdom, ” This paper uses the Disability Adjusted Life Year (DALY) to estimate disease burden at a local level and relates this to programme budget (PB) data. We estimated DALY using the global burden of disease (GBD) template.” “For years of life lost, local mortality data were used and for years of life with disability, the GBD estimates from World Health Organization EURO A region (including the UK) were used. We used PB data to analyse how healthcare expenditure matched disease burden. In 2005 the burden of disease in Lambeth was estimated at 36 368 DALYs (13 515 DALYs lost per 100 000) and in Southwark was 34 196 DALYs (13 244 DALYs lost per 100 000). There were gender and area differences. The ranking is different when mortality and morbidity are combined compared with mortality alone. We estimated that the average spend per DALY lost in 2005 was 11 pound 066 in Lambeth and 9390 pound in Southwark. We used a pragmatic approach to estimate overall disease burden providing a local, more comprehensive picture with important differences in spend by disease and health authority area,” wrote H. Dodhia and colleagues, University of London, King’s College London (see also Public Health). website university of london website university of london

The researchers concluded: “However, a more detailed approach to support decisions about prioritization based on modelling interventions that impact on avoidable burden of disease is recommended.” Dodhia and colleagues published the results of their research in the Journal of Public Health (Measuring burden of disease in two inner London boroughs using Disability Adjusted Life Years. Journal of Public Health, 2008;30(3):313-321).

The publisher of the Journal of Public Health can be contacted at: Oxford University Press, Great Clarendon St., Oxford OX2 6DP, England.

This entry was posted on Tuesday, June 10th, 2008 at 5:58 pm and is filed under Art News. You can follow any responses to this entry through the RSS 2.0 feed. You can leave a response, or trackback from your own site.