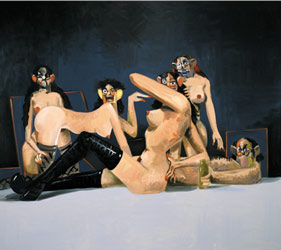 The Gary Tatinsian Gallery presents the works of George Condo through June 11 in Moscow.  Condo is well known for his portrait style caricatures which he mixes with irony and the grotesque.  He creates portraits of non-existent people and draws in many external influences.  His works often contain hidden references to political and corporate scandals. 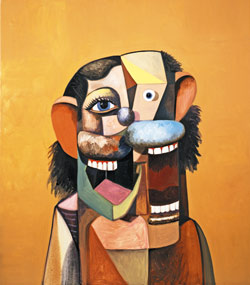 Influenced by Picasso, Condo works in the realm of artificial realism.  While using the tradition techniques of oil painting, Condo adds psychological complexity to his subjects.  The artist is an important global contemporary figure and is a bit of a milestone for the city’s burgeoning contemporary art scene.  It took the gallery owner, Gary Tatinstian, 3 years to organize the exhibit. 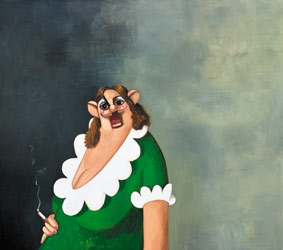 This entry was posted on Monday, June 16th, 2008 at 5:06 pm and is filed under Go See. You can follow any responses to this entry through the RSS 2.0 feed. You can leave a response, or trackback from your own site.