Chapman Brothers, Details from Sex I (2003) via L and M gallery

From May 9 – June 14, the L&M Gallery, in New York, presents the works of Jake and Dinos Chapman, titled “Little Death Machines.” This is the British brothers’ first solo show in New York since 1997. The brothers continue their theme of the anatomically and pornographically grotesque, with the juxtaposition of horror and dark humor. 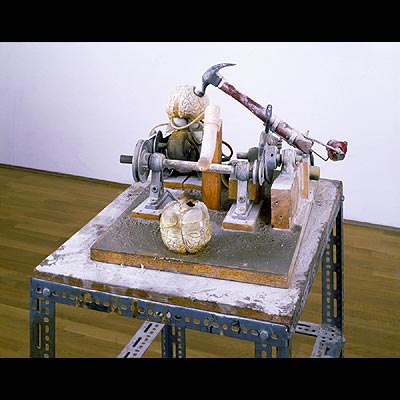 This exhibit contains sculptures made from hammer, pulleys, nails, motors, and other hardware, mixed together with sex toys. The human parts mixed into the exhibit are dead victims while the machines appear to be alive on their own. The sculptures have been cast in bronze, which have been colored with a shiny gloss paint, to appear realistic. 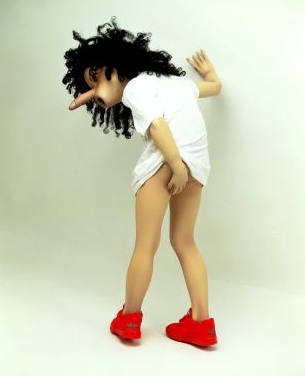 This entry was posted on Wednesday, June 4th, 2008 at 5:01 pm and is filed under Go See. You can follow any responses to this entry through the RSS 2.0 feed. You can leave a response, or trackback from your own site.