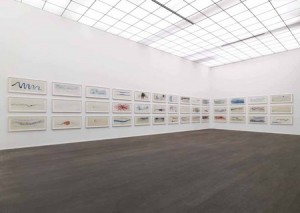 Hauser & Wirth, Zürich, is currently displaying a new series of works on paper, La Rivière Gentille (2007), by Louise Bourgeois. The exhibit, featuring 42 mixed-media works by the contemporary master mostly known for sculpture, evokes the dual nature of water and memory through imagery and text. The installation wraps around the gallery, reinforcing Bourgeois’ long-held emphasis on architectural and psychological spaces. This show coincides with the traveling, full-career Bourgeois retrospective that visits New York this summer. 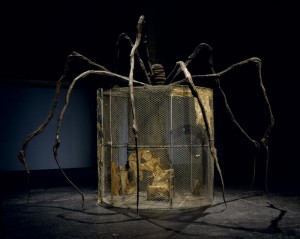 Louise Bourgeois, the massive retrospective coming to New York June 27th, spans the artist’s over 70 year career of works in a variety of media. Filling the entire Frank Lloyd Wright Rotunda and one adjacent gallery at the Guggenheim, this exhibit will showcase a wealth of masterpieces by the 96 year old artist. Producing works often in dialog with their contemporary twentieth-century movements such as Surrealism, Abstract Expressionism, Feminism, Post-Minimalism, and Installation Art, Bourgeois’ career has been defined by her inability to be fixedly categorized and her constant investigation of memory. 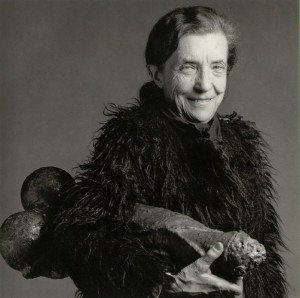 This large retrospective, the most comprehensive to date, opened last year at the Tate Modern in London and recently traveled to the Centre Pompidou in Paris. Following this summer’s exhibition at the Guggenheim, the show will travel to the Los Angeles Museum of Contemporary Art and the Hirschhorn Museum and Sculpture Garden in Washington D.C.

This entry was posted on Sunday, June 15th, 2008 at 11:12 pm and is filed under Go See. You can follow any responses to this entry through the RSS 2.0 feed. You can leave a response, or trackback from your own site.