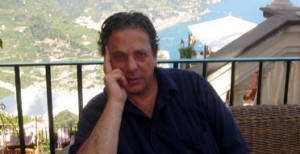 In an event reminiscent of seminal moments in the YBA (Young British Artist) scene years ago, three students from the Royal Academy met good fortune when the affluent collector, Charles Saatchi, bought out the majority of all their works.  The chosen three, Angus Danders-Dunnachie, Jill Mason, and Carla Busuttil are names that we will likely hear again.  Saatchi has created a reputation for himself by making early purchases that helped jump-start the careers of the now famous Damien Hirst, Tracy Emin, Jake and Dinos Champan, and Natasha Kissell.

Saatchi has considerable influence in the art world, and is often referred to the barometer of the art market. Professor Maurice Cockrill, Keeper of the Royal Academy has suggested that Saatchi may have the same gift as the Greek’s King Midas; it is only time before his young artists turn to gold.

Carla Busuttil via The Saatchi Gallery

Although, he has been criticized for his dealing style of buying and selling in bulk, there is no doubt that Saatchi’s purchases will spark an interest throughout the rest of the art world.

This entry was posted on Wednesday, June 18th, 2008 at 6:35 pm and is filed under Art News. You can follow any responses to this entry through the RSS 2.0 feed. You can leave a response, or trackback from your own site.