The Philosophy of Andy Warhol (From A to B and Back Again)
(Andy Warhol, 1977)
Read More and Buy↠
Home » Go See: “Retrospective” group show at Gagosian, Chelsea, NY through August 22 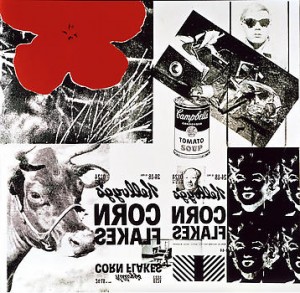 Press Release [Gagosian]
‘Retrospective': Been There, Sold That [NYSun]
Some Shows For Escape, Some For Introspection [NYTimes]
View video of the Retrospective group show here [Gagosian]

Scanning decades, mediums, and each artist’s personal definition of what a wrap-up of their life’s work might entail, ‘Retrospective’ holds a diverse array of takes.

Marchel Duchamp’s Boîte-en-valise is a series of brown leather cases containing hand-painted photographs of career pieces. In a parallel vein, Murakami represents with a miniature assortment of snack-toy figurines, bite-sized reproductions of his famous sculptures and drawings. 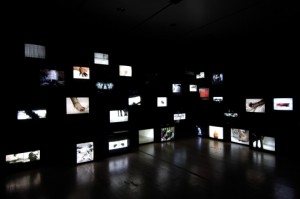 Pretty Much Every Film and Video Work from about 1992 until Now, Douglas Gordon, (1992-present) via Teknemedia

Both Roy Lichtenstein and Andy Warhol have used the canvas to create literal collages of their cumulative works, while a darkened room holds Pretty much every film and video work from 1992 until about now, Douglas Gordon’s simultaneously luminous set of television screens. 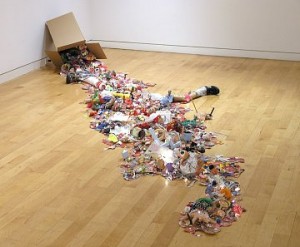 ‘Retrospective’ might survey the act of recycling in the art – as evidenced by Tom Friedman’s Inside Out, a plastic trail of rejected sculpture parts that has become its own Technicolor piece – while also showcasing, as the name implies, thirteen of contemporary art’s influential figures.

This entry was posted on Wednesday, July 23rd, 2008 at 10:49 am and is filed under Go See. You can follow any responses to this entry through the RSS 2.0 feed. You can leave a response, or trackback from your own site.