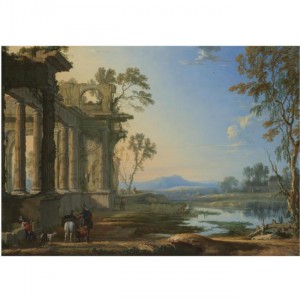 Landscape at Evening with Travellers and a Hunter Near Classical Ruins, Pierre Patel the Elder (circa 1640) via Sotheby’s

It should also be noted that there will be ten paintings featured in the July 9th sale which come from the esteemed private collection of the late Dr. Gustav Rau, a 20th century philanthropist and collector of works from artists such as Pierre Patel the Elder, whose piece, Landscape at Evening with Travellers and a Hunter Near Classical Ruins, is estimated to fetch $800,000-$1,200,000 (Pictured above). 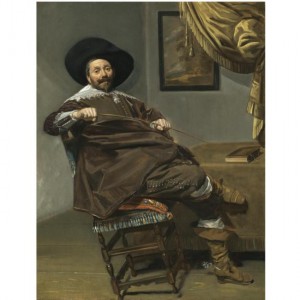 Portrait of Willem van Heythuysen, Seated on a Chair and Holding a Hunting Crop, Frans Hals (circa 1630) via Sotheby’s 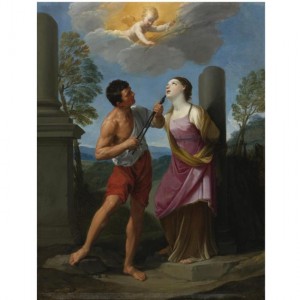 The Martyrdom of Saint Apollonia, Guido Reni (circa 1614) via Sotheby’s 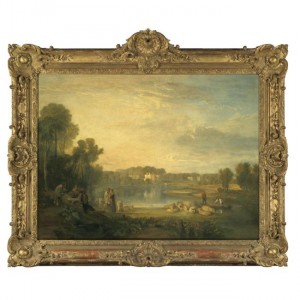 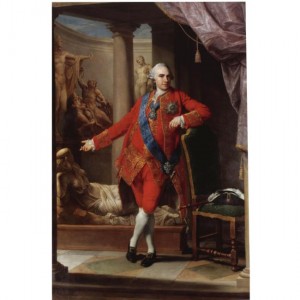 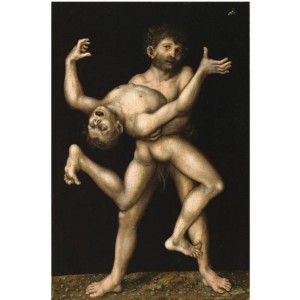 Hercules and Antaeus, Lucas Cranach the Elder (circa 1530) via Sotheby’s 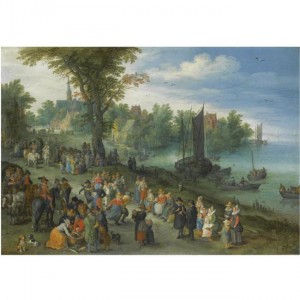 The Edge of a Village with Figures Dancing on the Bank of a River and a Fish-Seller and a Self-Portrait of the Artist in the Foreground, Jan Brueghel the Elder (1616) via Sotheby’s

This entry was posted on Tuesday, July 8th, 2008 at 11:02 am and is filed under Art News, Events. You can follow any responses to this entry through the RSS 2.0 feed. You can leave a response, or trackback from your own site.