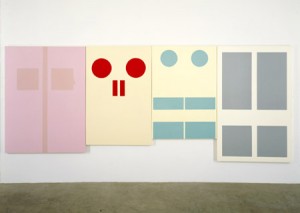 Almost two decades after Gary Hume emerged onto the British art scene with his famous “Door Paintings”, the Modern Art Oxford will present the first survey of his work. The exhibition will go through August 31 and was curated by Suzanne Cotter. The first of his “Door Paintings” was inspired by an ad for a British private health insurance company, which featured an image of waiting in a dismal hospital waiting area. Since then, the style of his doors have evolved and the series has provided Hume with great success. His works are large scale, monochrome, painted with household gloss paint. 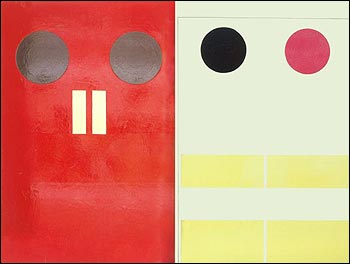 There are 50 pieces that make up the”Door Series”. The exhibition presents 18 of his most important works from the series.

“Gary Hume is one of the most significant painters of his generation, unrivaled among his contemporaries in his conceptual elegance, sensuousness and unashamed use of color as form. This exhibition of his Door Paintings offers the chance to rediscover these radically irresistible works and to follow his artistic development over the past two decades.” 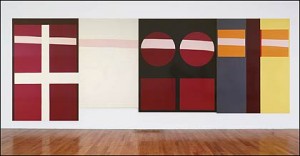 Gary Hume was one of the young British artists to catch the attention of big name collector Charles Saatchi and Nicolas Serota of the Tate during the 1988 group show, which also featured Damien Hirst. It was here that Gary Hume first showed three of his ‘doors’, and was also the exhibit that helped kick off the 1990’s Young British Artist movement. The exhibition was called Freeze, and also included work from Sarah Lucas, Fiona Rae, Michael Landy and Angus Fairhurst.

This entry was posted on Monday, August 4th, 2008 at 1:13 pm and is filed under Art News, Go See. You can follow any responses to this entry through the RSS 2.0 feed. You can leave a response, or trackback from your own site.