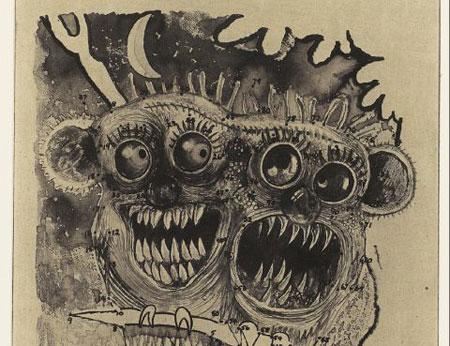 From My Giant Colouring Book, Jake and Dinos Chapman via Metro

Campbell Works in London is showing the touring exhibition, My Giant Colouring Book, by artists Jake and Dinos Chapman. The exhibition was developed by the Hayward Gallery and the Arts Council England, and will be at Campbell Works until September 14th. The 19 out of 21 of the work included in the exhibition are loosely based on images and dot formations from children’s connect-the-dots coloring books. The Chapman brothers, who were nominated for the Turner Prize a few years back, have also reworked the gallery space and made the ceiling just under 6 feet off the ground for added effect to the exhibition. 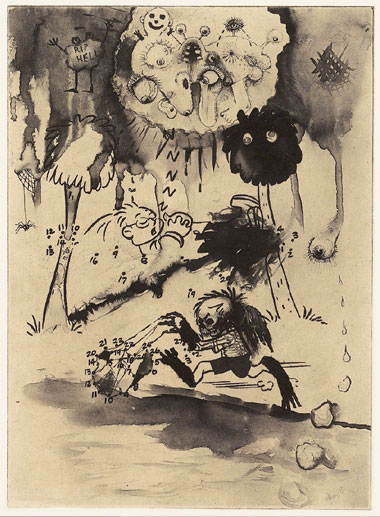 From My Giant Colouring Book, Jake and Dinos Chapman via Campbell Works

The Chapman brother’s are known for ‘defacing’ or reworking other artist’s work and making it their own. For example, they purchased original Goya prints in 2003 and drew cartoon faces on them. Also, earlier this summer, at their show at London’s White Cube, the Chapman’s added colorful rainbows all over original watercolor paintings made by Hitler. 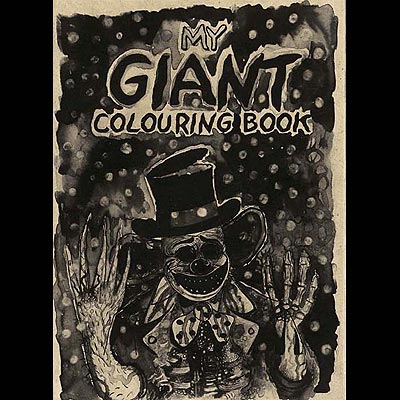 From My Giant Colouring Book, Jake and Dinos Chapman via BBC

Another part of the show incorporates the collaboration of local school children. The selected kids, aged 9 to 16 years have been asked to rework the art of the Chapman brothers. The new twice-reworked paintings will also be on display at the gallery.

“We hope to end up with a body of work where it’s not necessarily clear whose hand has created which bits,” Gallery owner Neil Taylor explains. “People claim images as their own, and we want to explore that.” 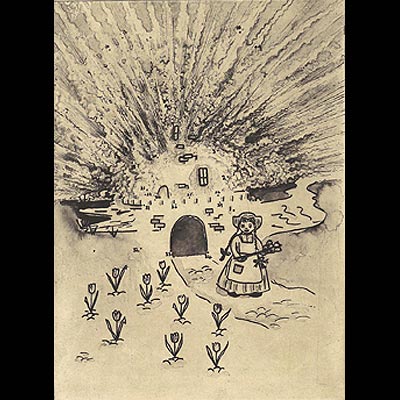 From My Giant Colouring Book, Jake and Dinos Chapman via BBC

The City of Santa Cruz’ Parking Division will break new ground this weekend by partnering with Groupon, the daily website, to offer City ParkCards at a 50 percent discount. The City is one of the first public agencies nationwide to present a Groupon deal.

“The ParkCard and Groupon partnership is another example of the City’s innovative approach to delivering services via new technology,” said Councilmember Hilary Bryant. “This partnership demonstrates the City’s continued effort to improve the downtown experience and make interactions with the City as convenient as possible.” “Public Works is excited about the Groupon promotion as a way to expand the number of ParkCard users in the City,” stated Parking Manager Marlin Granlund.

The ParkCard is a quick and cost-effective method to pay for parking, and is valid at all Downtown parking meters, garages, and lots, and the Municipal Wharf. Used like a debit or credit card at meters and machines, ParkCards allow users to pay only for the amount of time actually used in a parking stall. It is the easiest way to eliminate endless searches for change, mad dashes to feed the meter, or even a parking citation. site groupon san diego

For further Santa Cruz parking information, visit the City Traffic and Parking Division webpage. For any query with respect to this article or any other content requirement, please contact Editor at htsyndication@hindustantimes.com

This entry was posted on Friday, August 29th, 2008 at 12:26 pm and is filed under Go See. You can follow any responses to this entry through the RSS 2.0 feed. You can leave a response, or trackback from your own site.