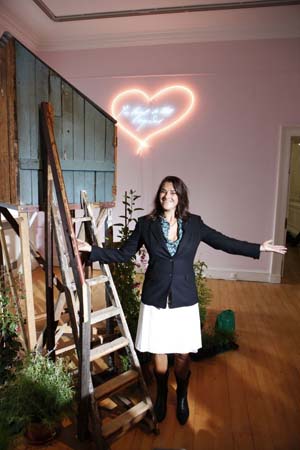 The Scottish National Gallery of Modern Art in Edinburgh is presenting a retrospective of the notorious British artist Tracey Emin. The exhibition is called ‘20 Years’, and will run through November 9.  Emin’s range of work has been described as highly emotional, in the way that it deals with personal events of her life, such as abortion, rape, pregnancy, and death. The retrospective shows her life’s work, which includes installations, videos, photographs, drawings, sculptures, and ready-mades. The exhibition is void of one of her most famous works, Everyone I Have Ever Slept With 1963-1995, which was destroyed in the Momart fire in 2004.  Charles Saatchi, the wealthy collector and owner of the piece, offered to pay her $2 million for her to make another, but Emin declined. 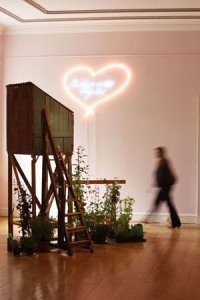 The Perfect Place To Grow, Tracey Emin (2001) via Guardian

The Telegraph reports Tracey Emin as saying, “I just hope this retrospective changes people’s opinions,” she says, “and that people realize that I am a great artist, whether they like my work or not.” 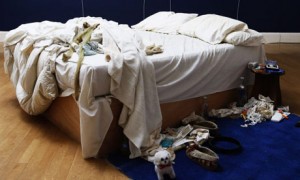 My Bed, Tracey Emin (1998) via National Galleries of Scotland

Tracey Emin has always contributed to the shock-factor of the Young British Artists, which also include fellow YBA’s Damien Hirst, Sarah Lucas, and Gary Hume. In Emin’s retrospective, the majority of her pieces are shamelessly about herself, her body, and her life. For example, My Bed features her unmade bed, with it’s dirty sheets, and paraphernalia scattered about, My Abortion, is comprised of five framed pieces of memorabilia from the actual event, and Uncle Colin, the piece about her uncle who died suddenly in a car accident, are all raw excerpts taken from her personal life. 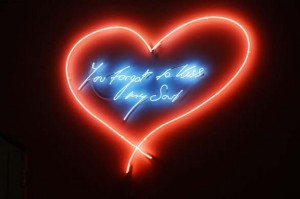 You Forgot to Kiss My Soul, Tracey Emin (2001) via Guardian

Even Tracey Emin acknowledged the overwhelming amount of ‘self’ present in the exhibition. “I couldn’t bear to look at myself in the mirror; couldn’t stand the sound of my voice. I just couldn’t take Tracey Emin any more. I just hope that visitors will be able to cut themselves off a bit from the Tracey thing.” 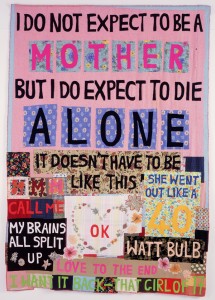 I do not expect to be a Mother, Tracey Emin (2002) via National Galleries 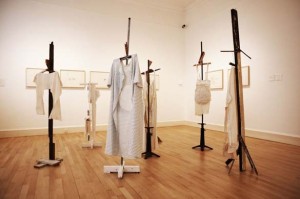 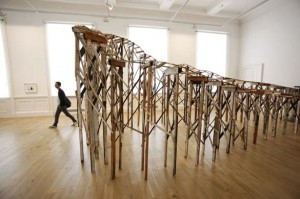 This entry was posted on Saturday, August 16th, 2008 at 8:08 pm and is filed under Go See. You can follow any responses to this entry through the RSS 2.0 feed. You can leave a response, or trackback from your own site.