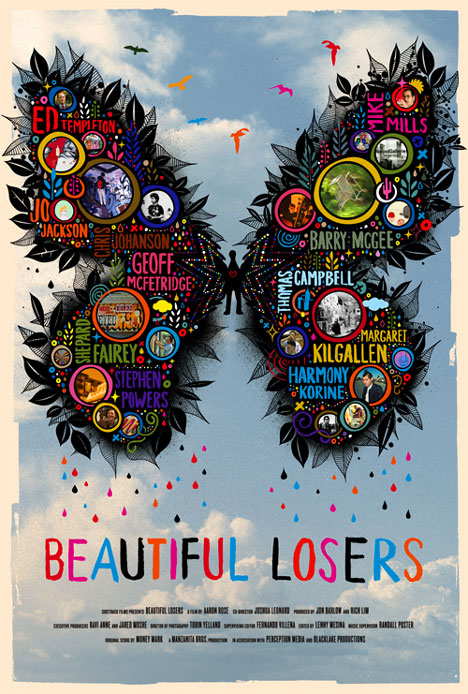 The documentary film “Beautiful Losers” directed by filmmaker and curator, Aaron Rose and co-directed by Joshua Leonard, had it’s theatrical premier on August 8 at the IFC Center in New York City. The film documents the artistic careers of the young American, Do-It-Yourself artists of the 1990s. This particular group of artists, that includes Margaret Kilgallen, Mike Mills, Barry McGee, Phil Frost, Chris Johanson, Harmony Korine, and Ed Templeton, made their mark in the art world solely because it was something they loved to do. These underground artists were brought together under the roof of Alleged Gallery in the Lower East Side, and grew out of the 1990s street subcultures of New York City. 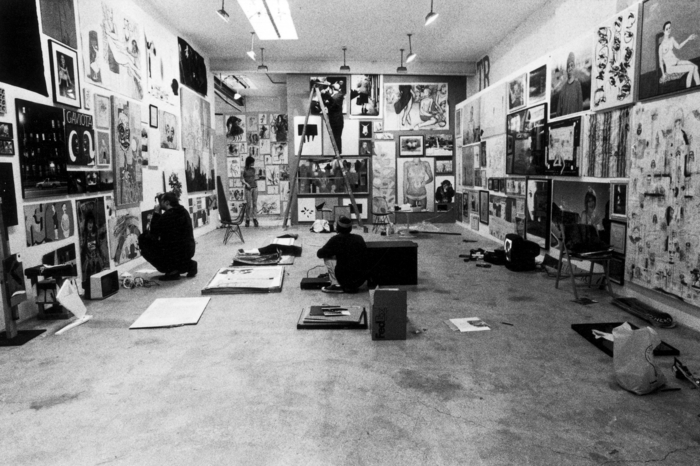 Alleged Gallery (c.1999) as seen in “Beautiful Losers” via NYSun

These self-proclaimed “losers” have been featured in the traveling exhibition and published book, “Beautiful Losers: Contemporary Art and Street Culture,” and have had shows at the MoMA, the Hammer Museum, the Palais de Tokyo, and the Fondation Cartier.

Thomas Campbell, one of the ‘loser’ artists featured in “Beautiful Loser” via NYTimes

The film had its debut at the SXSW Film Festival and was the winner of the Documentary July Award at Cinevegas. The film has its European Premier today, August 11. Check the “Beautiful Losers” official website for other screening locations. 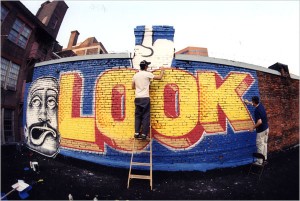 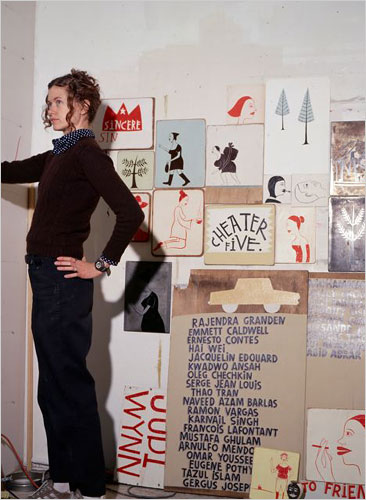 Margaret Kilgallen in her studio (2000), “Beautiful Losers” via NYTimes 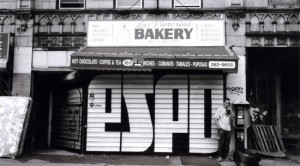 Scene from “Beautiful Losers” via indieWIRE 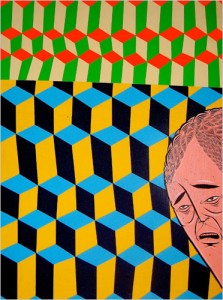 This entry was posted on Monday, August 11th, 2008 at 2:19 pm and is filed under Art News, Go See. You can follow any responses to this entry through the RSS 2.0 feed. You can leave a response, or trackback from your own site.