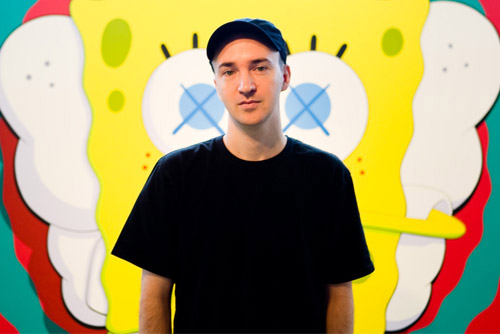 KAWS with SpongeBob acrylic piece included in his exhibit Saturated, via hypebeast

This weekend marked the opening of Saturated, KAWS’ first solo show since 2002. The exhibition held at Miami’s Galerie Emmanuel Perrotin was curated by Pharrell Williams of N.E.R.D fame and included pop-art acrylic works inline with the artists signature style. The paintings’ subjects included animated icons SpongeBob SquarePants and the Smurfs. The collection like previous work by KAWS includes well known imagery as an attempt to be produce art that is universally understood, transcending languages and cultures. The artist who came to fame in the early 90’s through subverting images on billboard, bus shelter, and phone booth advertisements has previously reworked the animated icons The Simpons, Mickey Mouse, and Michelin Man among others.

KAWS roots lie in graffiti art though his past work has varied and includes a short stint at Disney where he worked as an animator. Currently KAWS primarily works as a designer of limited edition toys and clothing. 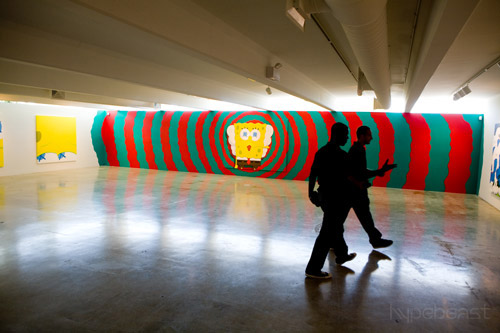 Untitled (SpongeBob) by KAWS via hypebeast 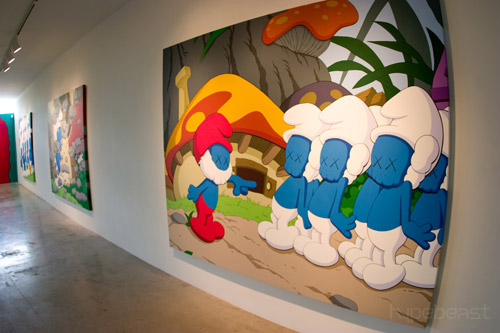 Untitled (Smurfs) by KAWS via hypebeast 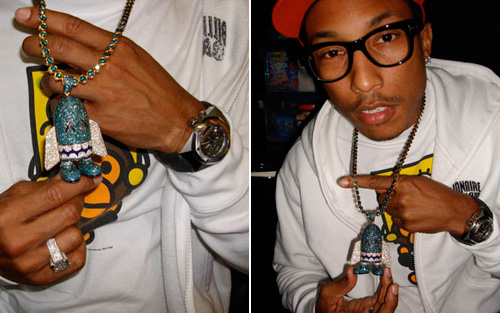 Pharrell Williams who curated the exhibit above wearing a diamond encrusted pendant designed by KAWS as part of his KAWS Blitz line, via DJ Bobby Trends. 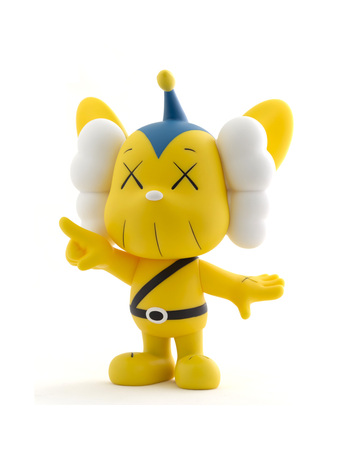 A toy figurine for KAWS’ toy and clothing line Original Fake via KAWSONE. 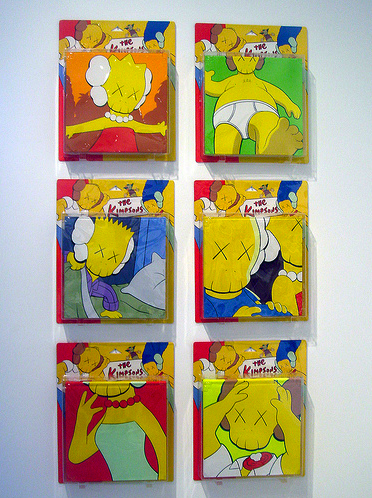 No stranger to reworking animations the above piece entitled the Kimpsons was painted by the artist in 2001, via atinycity.

This entry was posted on Tuesday, September 23rd, 2008 at 1:02 pm and is filed under Art News. You can follow any responses to this entry through the RSS 2.0 feed. You can leave a response, or trackback from your own site.