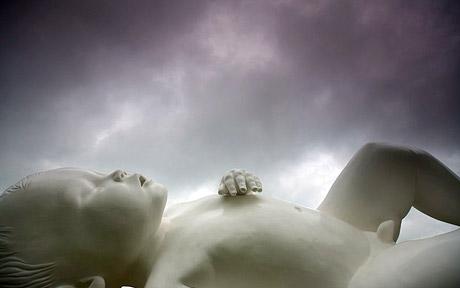 In a literal and symbolic sign of how large the scale contemporary art market has become, a seven ton, ten metre sculpture of a seven-month-old baby is up for sale to private individuals at the aptly named Beyond Limits, a Sotheby’s selling exhibition at Chatsworth, the Peak District home of the Duke and Duchess of Devonshire. The piece entitled “Planet” is one of more than twenty sculptures on display this week at Sotheby’s. The behemoth work is a bronze cast painted in a brilliant shade of white and is modeled after an earlier version inspired by a mold of the artist’s baby son. The work was produced by Marc Quinn, who achieved prominence and notoriety when his sculpture of Alison Lapper (a disabled, pregnant friend of Quinn’s and fellow artist) was placed on the fourth plinth of Trafalgar Square in 2005. Recently the artist reveled a teaser image of his golden statute of Kate Moss which will be unveiled at the Statuephilia exhibit at the British Museum, previously covered here. 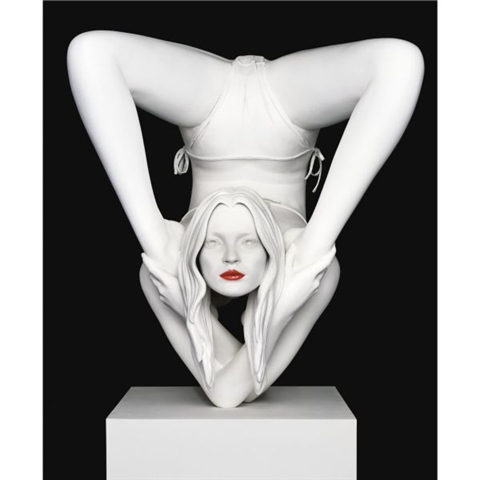 Like much of Quinn’s work, the sculptures draw attention to vulnerability and dependability in the human form. As reported by ArtObserved in another post, this is a theme he also explores with ‘Siren,’ a solid gold hollow sculpture of Kate Moss which will be displayed at the British Museum’s Statuephilia exhibit amidst other, more traditional representations of beauty from cultures as varied as Ancient Mesoamerica and Classical Antiquity. As the artist explained in the Financial Times, the Moss sculpture is supposed to be “about our need for images that people wreck their lives on, trying to achieve impossible wealth, immortality, bodily proportions, beauty. That is why I called the piece ‘Siren’. I want it to be this black hole of everything that is seductive and unattainable.”

The sculpture will probably also has been described as a work of art from our currently prolific and effervescent contemporary market to retain its value should the market head south in that the gold in the statue will serve as a built-in hedge, as the commodity is always salable component of the piece. 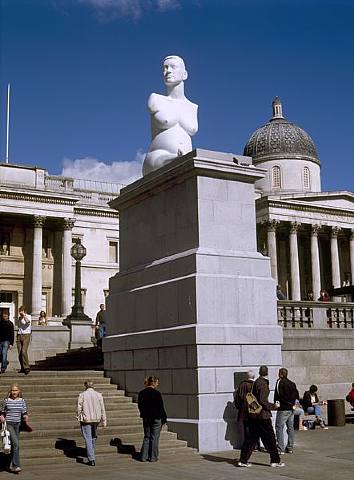 This entry was posted on Monday, September 8th, 2008 at 4:01 pm and is filed under Art News. You can follow any responses to this entry through the RSS 2.0 feed. You can leave a response, or trackback from your own site.