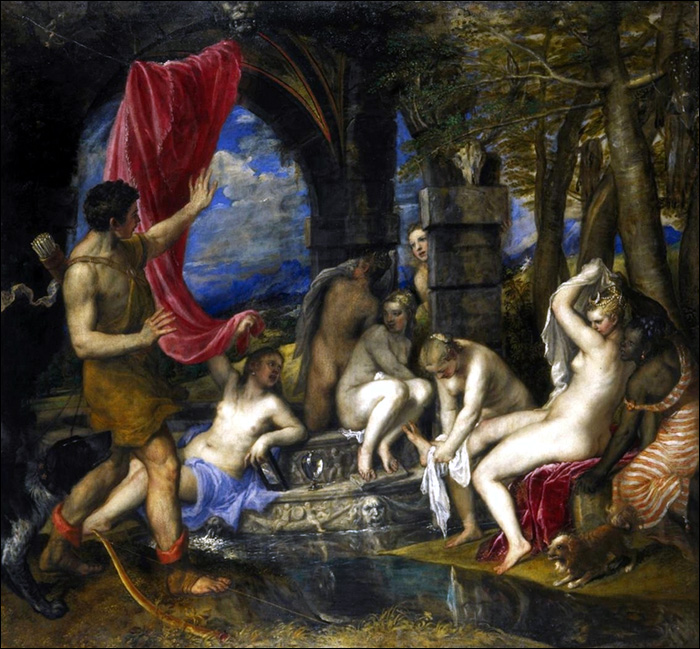 Diana and Actaeon by Titian via the BBC

U.K. National Galleries Seek 50 Million Pounds for Titian Work [Bloomberg]
Race to save £300 million Titians for UK [The Art Newspaper]
£100m appeal to keep Titian works [BBC]
Don’t let these dramatic Titians leave Britain [TelegraphUK]
The battle of the Titians [GuardianUK]
Art auction: National galleries scramble to keep Titians as duke cashes in [GuardianUK]
Who might buy the Titians? Meet the new collectors of the art world [GuardianUK]
Is it worth spending £50m on a Titian? [GuardianUK] 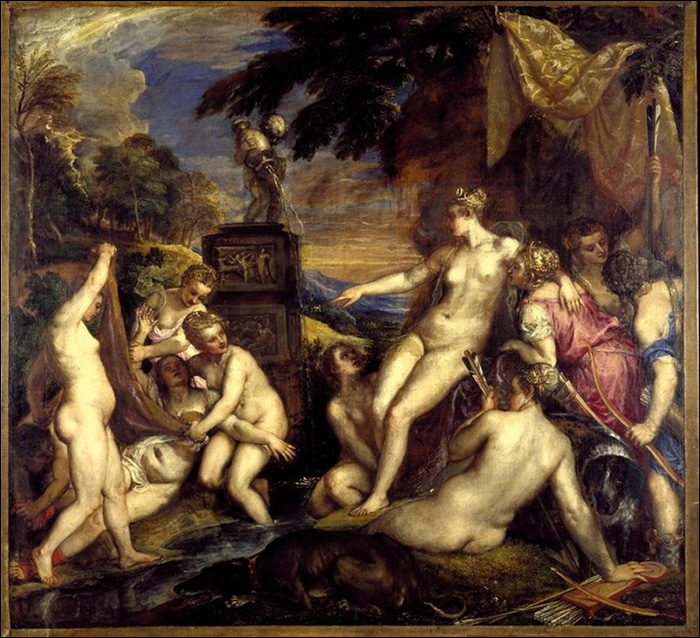 Diana and Callisto by Titian via the BBC

Both works portray stories from Ovid’s Metamorphoses and feature the goddess Diana. Titian painted both works for Philip II of Spain as part of a series from 1556 to 1559.

The funds for the first sale would be due in part by 2009, but even though the museum has time, the raise is massive considering for instance, that the National Gallery of Scotland has an annual acquisition grant from the state of only £1,260,000 a year.  The sale, should it occur, would be also significant in that the proceeds would help ensure that the current works in the Bridgewater collection remain in their current homes in the National Galleries.  The sale is considered one of, if not the most important masterpiece sale to a UK national gallery in the past 100 years.

This entry was posted on Monday, September 1st, 2008 at 7:55 pm and is filed under Art News. You can follow any responses to this entry through the RSS 2.0 feed. You can leave a response, or trackback from your own site.